[ Editor’s Note: Donetsk and Russian forces have begun clearing Mariupol in street fighting and making progress. The hard core Nationalists are surrounded and retreating to more concentrated civilian areas to use as protection.

Hence we expect to see more close combat, the kind that has killed most combat journalists. Whether they will threaten to blow up all of their hostages for a safe exit remains to be seen.

The Nazis would never leave cover without taking walking hostages. All of them there know they are on the death penalty list for having used hostage shields already. So the Russians and Donbass people have a tough decision on how to proceed.

It is a shame to destroy so much of the city, the classic Pyrrhic victory. We do not know yet if Odessa, which has had a lot of time to fortify, has brought in the hard core nationalists who could end up doing the same thing to them, i.e., destroying the city simply to generate more negative PR against Russia.

In the north we see Russian focus on further cutting off of Kiev and Kharkiv and preserving combat strength. In the east, the Luhansk-Russian offensive has also proceeded slowly, in what appears to be an attempt to capture the Ukrainian forces opposing them so they cannot do a fighting retreat.

Soldiers tend to surrender when they are out of food and ammunition. If they are well treated, it might induce others to do so, and not throw their lives away for the likes of a Zelensky, the Russian mobster puppet that the West has tried to make into a hero, thinking that with his acting talents, he can pull off the show.

Poland has put the kibosh on the Western hype of opening an air war front from the West. NATO now says it will not violate Ukrainian airspace in war time. Poland seems to be aware that its airbases would be quickly targeted and would incur destruction for nothing, as Zelensky cannot win at this point.

It’s now just a question of how long will it drag out, with the West funneling ammunition and mercenaries into the growing cauldron. Frankly, I feel having Ukraine be neutral would be a win for all those in the battle, except those from the West in the bleachers watching the destruction and getting their jollies… Jim W. Dean ] 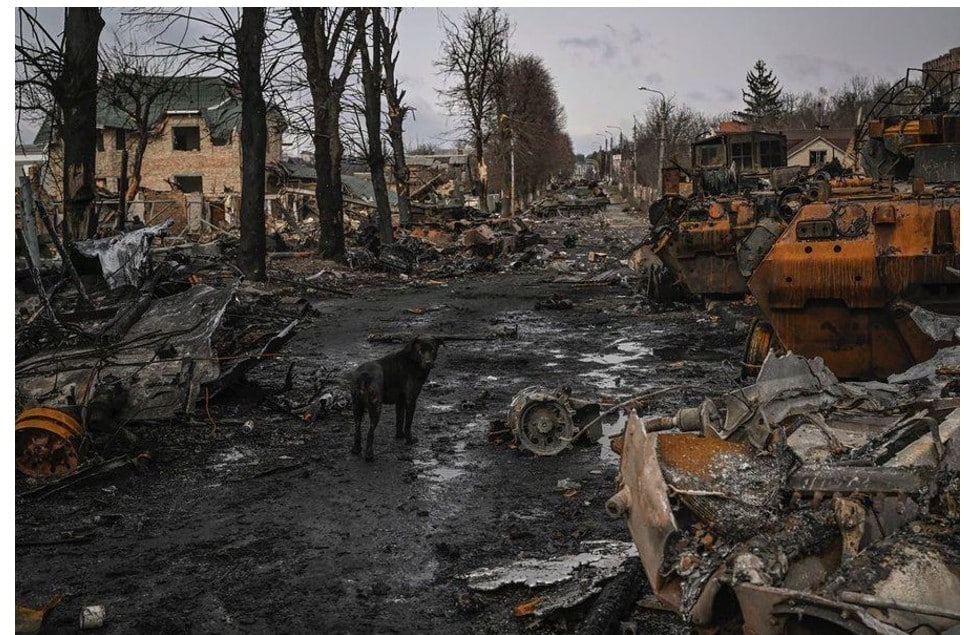 After the lightning victories of Russian troops on the territory of Ukraine in the first days of the military operations, Russian forces and their allies are now focused on performing tactical tasks on the separate battlefields.

There are fewer and fewer statements about Russian Armed Forces taking control over the cities, but the strategy of the Russian military leadership is becoming more and more distinct, at least in the short term.

While securing the occupied territories, Russian troops are primarily aimed at taking control over the areas in Eastern Ukraine, which Russia has recognized as territories of the DPR and LPR. First of all, this includes the moping-up in Mariupol and the encirclement, followed by the destruction of the AFU grouping in the Donbass region.

After a series of failed attempt to organize humanitarian corridors for civilians from the blockaded city of Mariupol, the joint Russian and DPR forces entered the city and began the moping-up operations.

The DPR PM is operating in the Vostochny district on the left bank of the city, where the main forces of the Ukrainian nationalist battalions are deployed. Russian forces entered the city from the northern and eastern directions.

On March 9, the DPR People’s Militia reported the destruction of the base of the Azov nationalist battalion in the region. About 30 vehicles, 5 armored vehicles, an ammunition and fuel depots were reportedly destroyed.

Ukrainian militants are hiding in the residential areas, on the roofs, in kindergartens, hospitals, putting at risk the lives of local civilians.

At the same time DPR forces began the moping-up of the town of Volnovakha to the north of Mariupol, which was blockaded from the eastern, northern and southern directions. DPR forces have taken control over the biggest part of the town, clashes continue in the western districts.

In its turn, the grouping of the LPR troops continue the encirclement of the city of Severodonetsk, which risks to suffer from similar street clashes and humanitarian catastrophe as Mariupol in the coming days.

Fighting continue in the area of the city of Severodonetsk, and south of the city near the village of Popasnaya. However, no significant advances of the LPR forces were reported in these areas.

The LPR soldiers reportedly managed to repel the UAF from the village of Olginka. If confirmed, this is an important step towards the village of Bakhmut and the cut off the road to the city of Severodonetsk. On the other front lines the situation is relatively stable.

Russian forces are steadily encircling the capital of Ukraine, without shelling on the city. Following the recent advance of the Russian grouping from the eastern direction, clashes continue with the UAF continue in the areas of Brovary and Boryspil in the east and in the area of Fastov in the southwest.

In the North-East of the country, the situation remains unchanged. Trench clashes continue on the outskirts of Kharkiv.

Russian forces are not in a hurry to enter the city of Mykolaiv and are strengthening their positions around the city. Sporadic clashes are reported in the area. Odessa is waiting for the landing of the Russian assault forces.

Meanwhile, neither Kiev nor Moscow announce the upcoming next round of negotiations, after the parties failed to reach any significant agreements on March 7, and agreements on providing humanitarian corridors collapsed due to Kiev’s inability to control the fighters of nationalist battalions in the blockaded cities.

Zelenskiy, in turn, takes advantage of the diplomatic pause and continues his PR campaign, heroically declaring his desire to negotiate personally with Putin, at the same time delaying the official negotiation process between the countries.