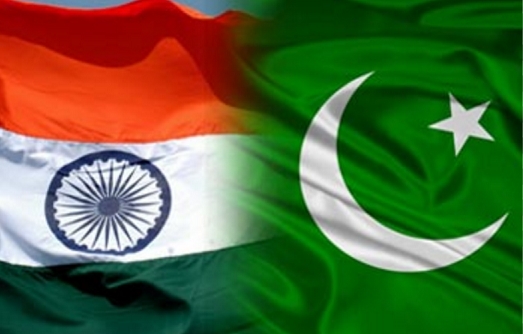 Amidst the ruckus created in the parliament lodges on 10 March on account of the Ansarul Islam militants of JUI-F entering the building and taking over its security to protect Maulana Fazlur Rahman, which was duly covered by the media, the TV channels splashed the breaking news at about 7 pm that the DG ISPR will hold a press conference at 8 pm. In the wake of political turmoil created by the opposition parties, everyone speculated that all was not well and that something big was likely to happen.

The DG ISPR Maj Gen Babar Iftikhar accompanied by an AVM addressed the media persons after an hour delay, but he avoided answering politically motivated questions. The purpose of the conference was to brief the media about a mysterious flying object that had fallen near Mian Channu town a day earlier damaging some property. Multiple conjectures were in circulation. 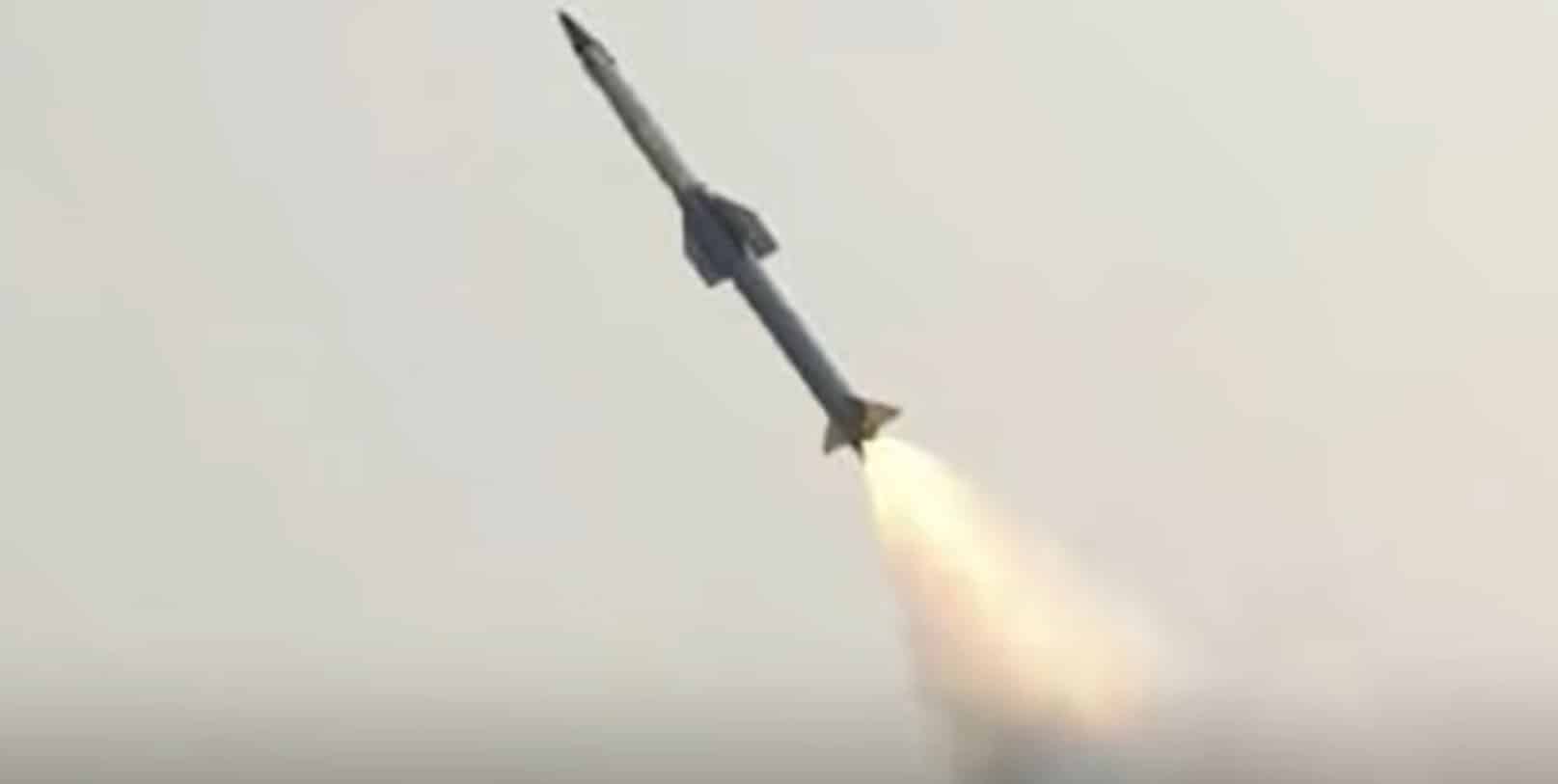 The salient points of his briefing were as under:

·       The object was an unarmed supersonic missile launched from India on the evening of 9 March.

·       The missile took off from Sirsa in Indian Rajasthan, which is 124 km away from the Indo-Pak border, at 1843 hours, it traveled at Mach 3 at 40,000 height and was in the air for a duration of 6 minutes within Indian Territory, it then changed direction making a 90-degree turn and homed into Pakistan Territory, and after flying for another 3 minutes 24 seconds, the projectile fell on the ground.

·       He and the AVM explained that the flight path of 260 km covered in 9.24 minutes was monitored from its point of origin till its crash by the Air Defence Operations Centre (ADOC) of PAF.

·       Though it didn’t cause any human loss or injury, it did endanger the commercial planes. In that timeframe of 1850-53 hours, Qatar and Saudi passenger planes and three domestic flights were flying along the Isbd-Lahore-Karachi route in the near vicinity of the flying object. God forbid, had the object hit any of the passing aircraft, it would have resulted in a major aviation disaster and a human tragedy.

In the question-answer session, it came to light that the object was a surface-to-surface missile (Brahmo) without a warhead, and the place where it fell was not very far away from the Rafiqi airbase.

The DG ISPR answered that no talk of the two DGMOs on the hotline had taken place since the occurrence report was sent to the Foreign Office for taking up the matter with India, asking it to explain the intrusion. He added that Pakistan’s defense tentacles on ground, air, and sea were alert and vigilant and nothing escaped their watchful eyes.

The questions which came to my mind were:

India had deployed Brahmo missiles at an airbase in Rajasthan during Feb 2019 military standoff and had threatened to strike several urban centers including Bahawalpur and Rafiqi base. Israeli operators were also present. India buckled down when Pakistan deployed its nuclear missiles offensively and threatened to strike a dozen of big Indian cities. The Brahmos is still there.

More so, the Indian Army is currently conducting a big tri-service military exercise in Rajasthan close to our border, and India’s dangerous designs against Pakistan are no secret. The next major theatre of war is likely to be in areas South of Sutlej and the semi-desert belt where Indian armor and mechanized forces can generate optimum combat power under favorable air conditions.

After the Indian air intrusion in Balakot on 22 Feb 2019, which was a fiasco, in the air duel on 26-27 Feb, IAF was humiliated by PAF. Scared of another drubbing, the IAF will as far as possible avoid venturing into Pakistan airspace with combat jets. The safest bets for India are proxy war, hybrid war, and drone/missile war.

India stepped up imaginary surgical strikes, unarmed drone intrusions in AJK, and submarine incursions inside our EEZ along the coast. All these provocative offensive acts were undertaken to provoke Pakistan, to test its willpower, and above all to discredit our nuclear doctrine and full-spectrum deterrence.

While all the unarmed drones were shot down by the army units deployed in AJK, not a single detected Indian submarine (5 submarines) was destroyed or netted by the Pak Navy. Such a passivity was seen from 2011 to 2016 when the US drones used to launch missiles almost daily in South and North Waziristan and killed innocent civilians. The army and the PAF had the capability and will to do so but the weak-willed PPP and PML-N governments didn’t allow it.  Conversely, Iran downed three US drones under warlike conditions when the US forces were offensively deployed in the Persian Gulf to attack Iran.

The unarmed Indian UAVs were employed to photograph the deployment of troops and their supply lines in depth in AJK and to select targets for armed drones. The submarines were also launched on reconnaissance missions to mark their future hiding points and to assess our detection capabilities, protective measures, and Navy’s will to fight.

One cannot be sure whether all the intruding UAVs and submarines were detected. Some might have skipped back undetected after completing their mission.

Could the missile which fell near Mian Channu, be a tester round to test our air defense early warning system, and to evaluate our reaction time?

Was it meant to check and validate India’s changed ‘first nuclear strike’ doctrine?

Was it an equalizer of our three airstrikes deep inside IOK on the night of 26 Feb 2019 where we purposely missed the actual targets? If so, two other unarmed missiles could be launched soon.

It was a planned and calculated risk and not a mistake and a technical malfunction during maintenance as is being cunningly explained by India after a break of three days.

Changing the flight route of the attacking missile midway rules out the possibility of a technical mistake.

It was a highly irresponsible act that must not be ignored. Had this mistake been committed by Pakistan, all hell would have been broken. But the civilized world is quiet and no eyebrows have been raised.

Governed by the policy of appeasement and to show its face as a responsible and peace-loving country, Pakistan didn’t strike the three targets for which the Mirages had been sent into IOK, it returned the captured pilot Abhinov promptly, and has so far not reacted to blatant annexation of disputed IOK by India in Aug 2019.

While Pakistan is acting sensibly and behaving like a responsible nation, the behavior of India under Modi has been reckless since 2014. Several incidents of theft and sale of uranium have taken place in India. Muslims in India and in IOK are being brutalized and killed.

Ironically, the western world has still not given a clearance certificate to Pakistan that it is no longer the most dangerous country in the world. It is mistrusted and projected as a villain of the peace. India, despite its recklessness, fascism and racism, is in their good books.

India has been crafting schemes to bleed Pakistan without resorting to war and succeeded in this game. While fighting the foreign paid proxies on our soil, we ignored the real abettors of terrorism due to which we suffered 80,000 fatalities during the 20-year war on terror and failed to bleed India. It has encouraged India beyond measure.

Is India feeling confident that it has sufficiently weakened Pakistan’s economy, destabilized politics, bled the security forces, and is in a good position to launch its Cold Start Doctrine in the form of limited war in the region of its choosing?

The offense is the best defense. If we cannot afford to resort to offensive acts, as a minimum we must punch back the puncher hard to make him realize that Pakistan is not a convenient punching bag and has teeth to bite hard.