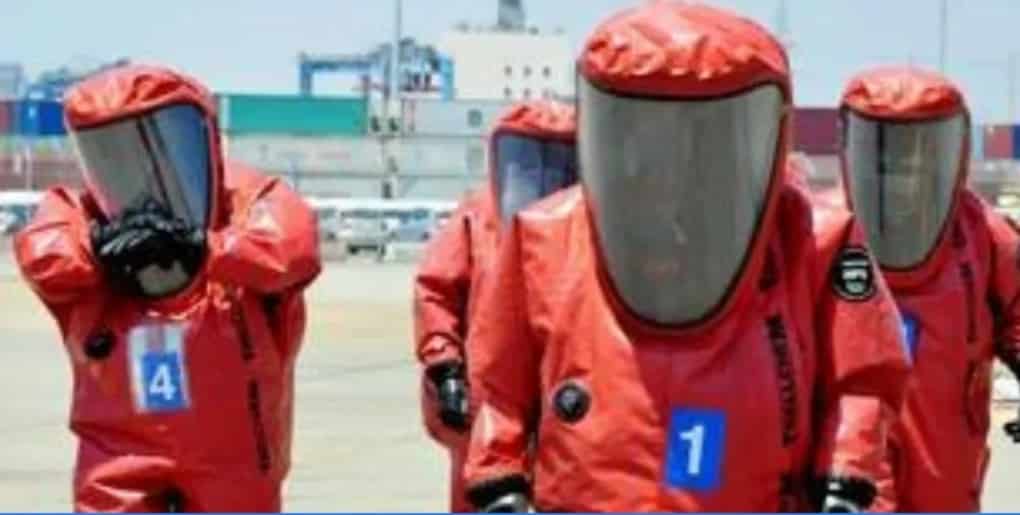 According to the General, information was received from employees of Ukrainian biological laboratories about the urgent destruction of especially dangerous pathogens on February 24: 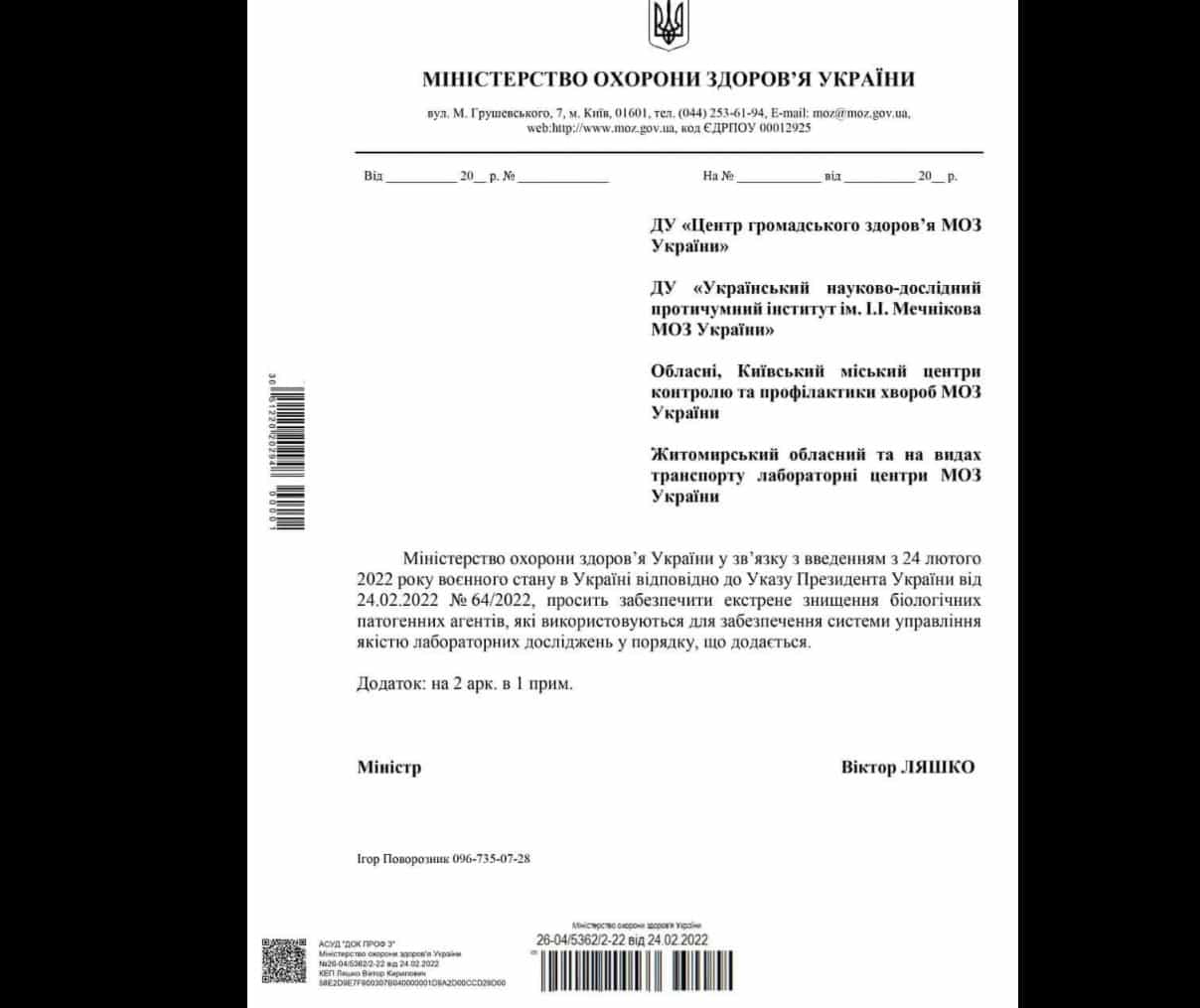 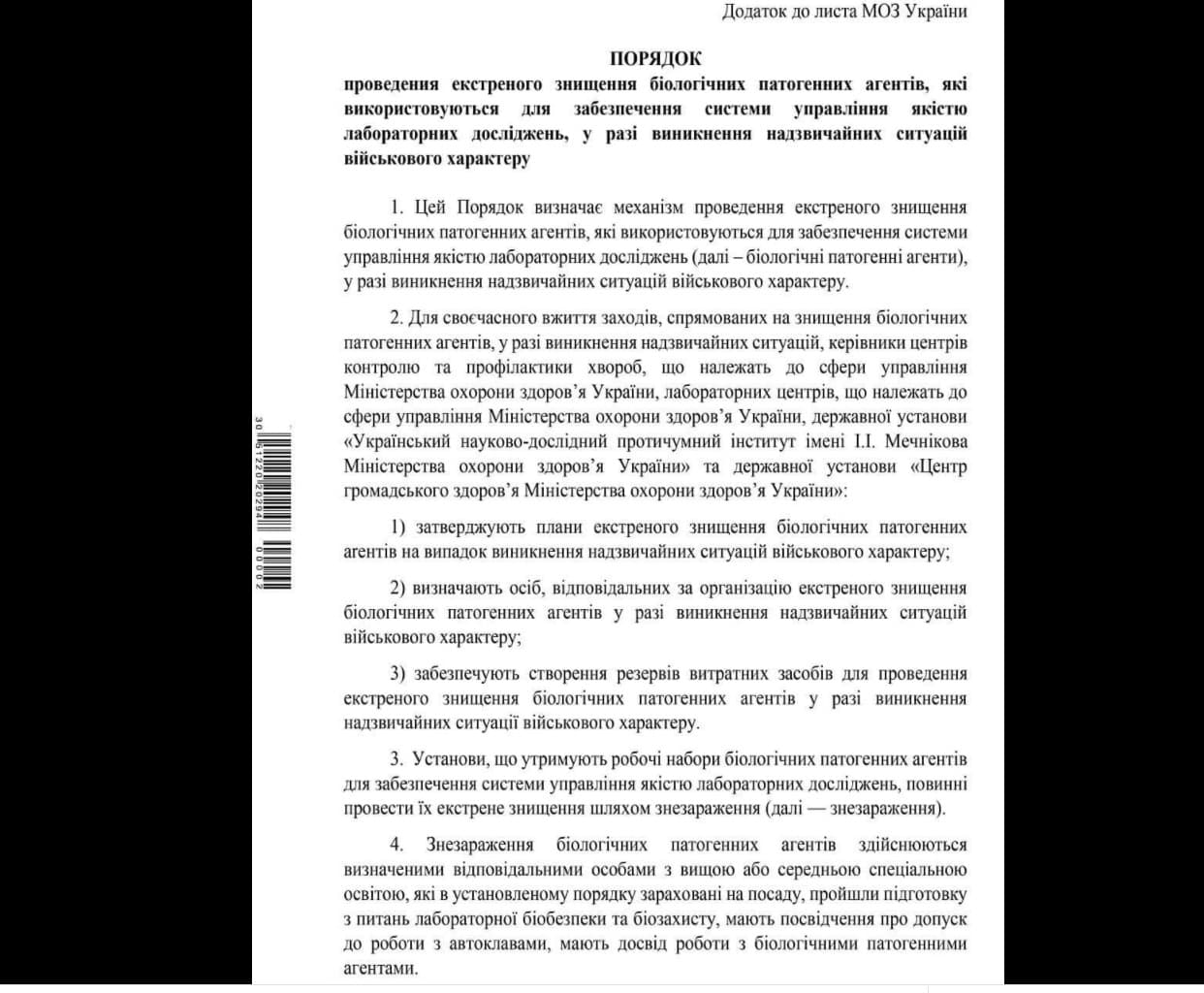 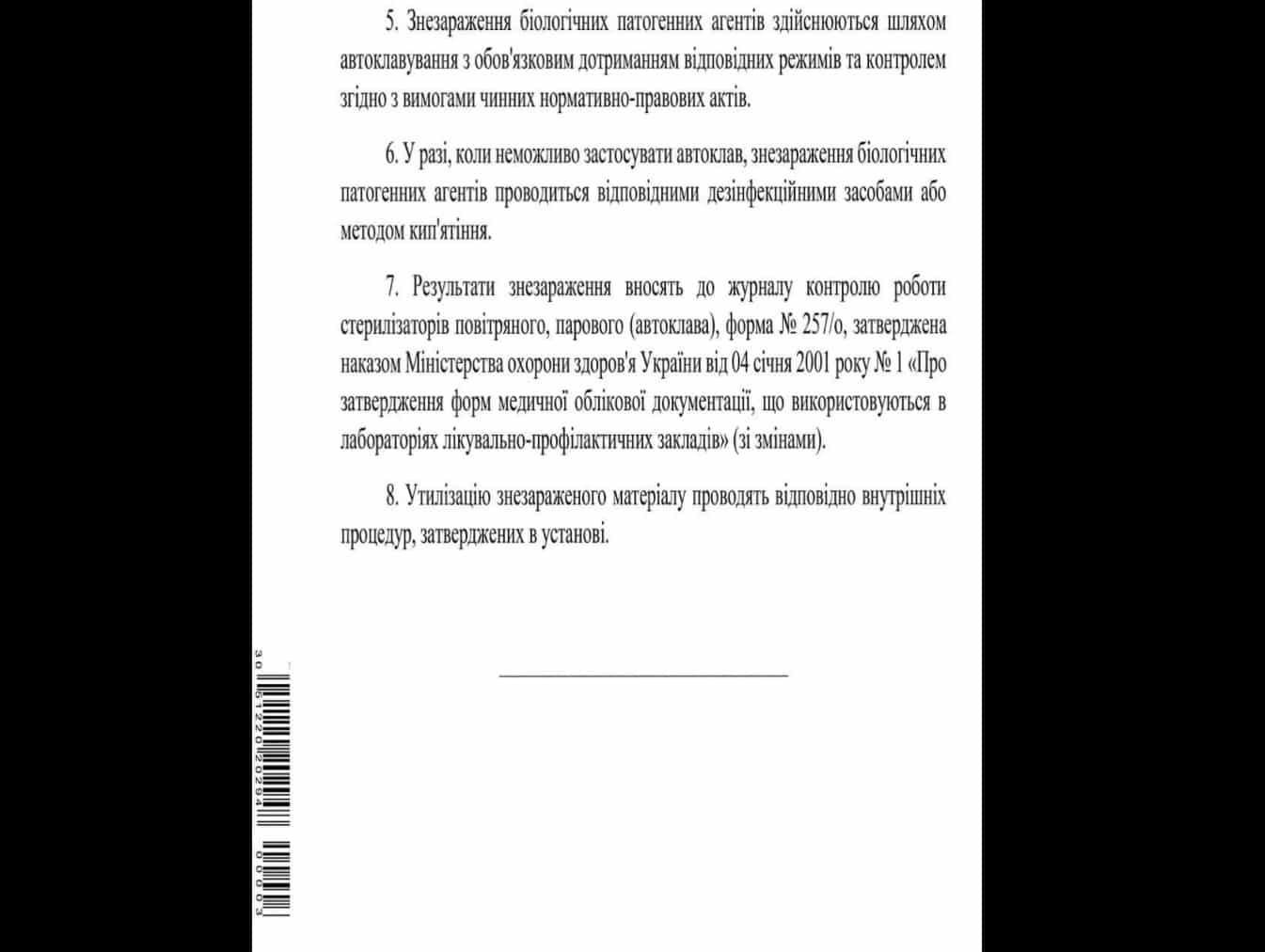 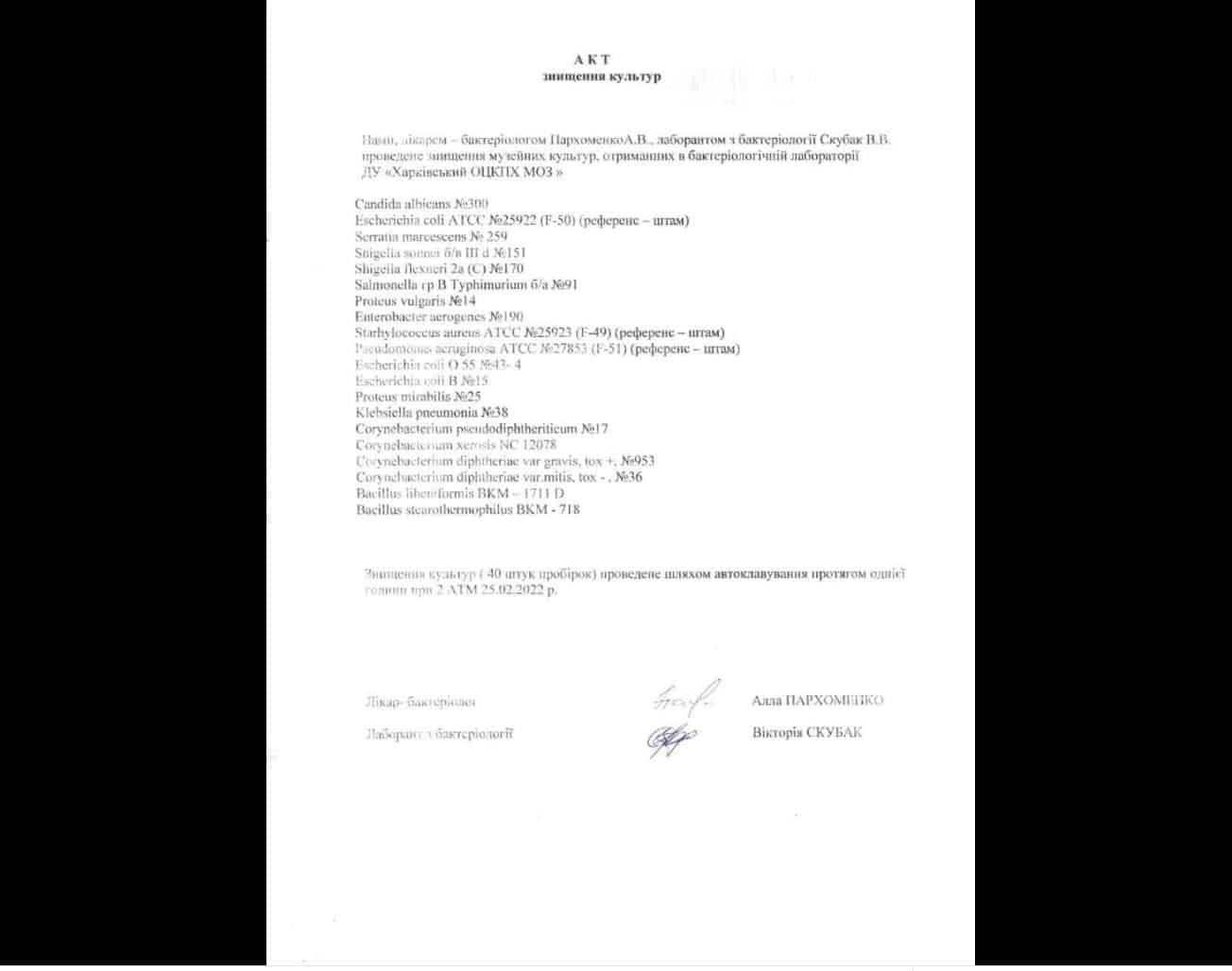 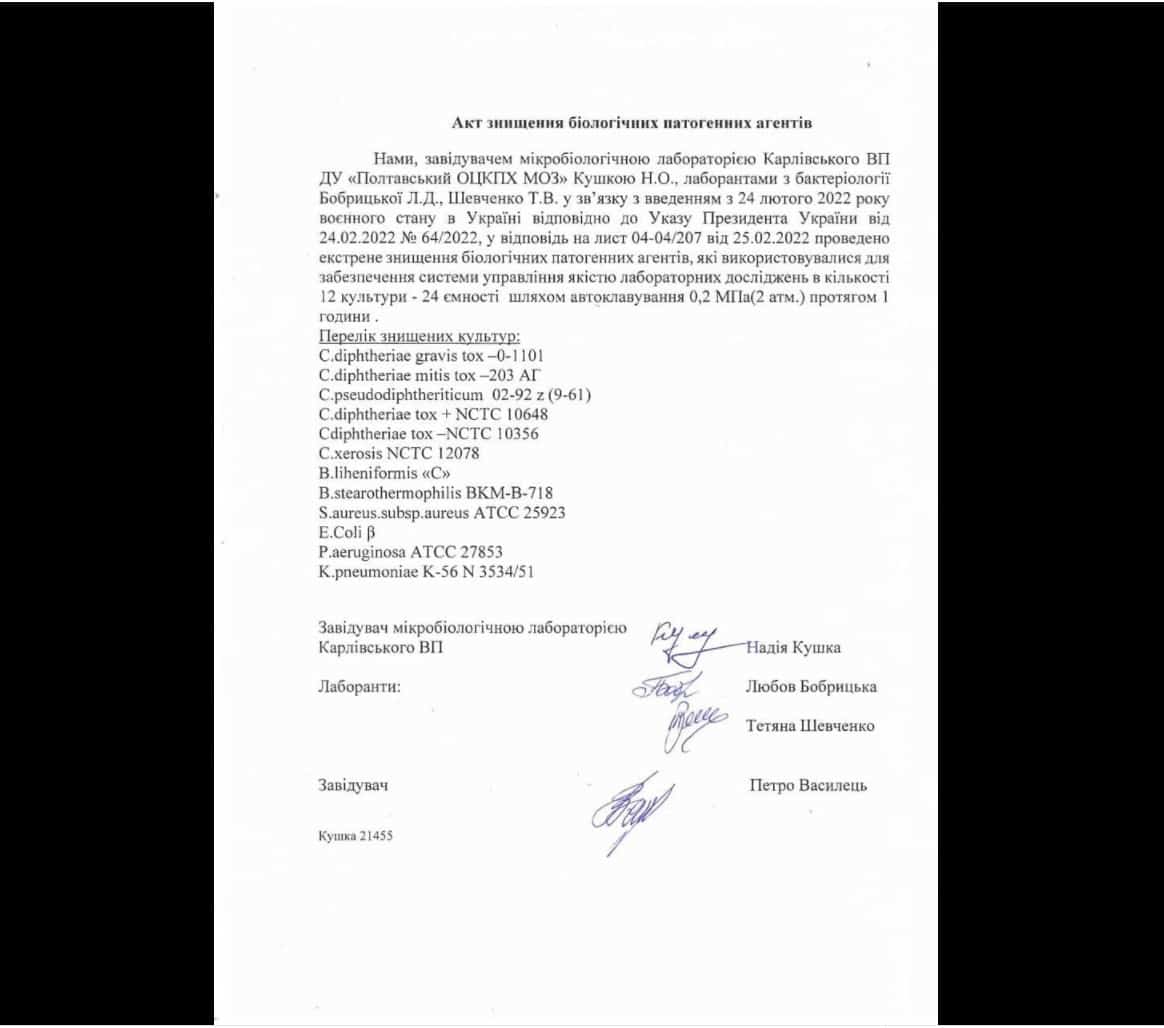 MOSCOW, 6 March. /TASS/. The armed forces of the Russian Federation during a special operation in Ukraine revealed the facts of an ongoing military biological program funded by the United States. This was announced to journalists on Sunday by the official representative of the Russian Defense Ministry, Major General Igor Konashenkov.

“In the course of a special military operation, the facts of an emergency cleansing by the Kiev regime of traces of a military biological program being implemented in Ukraine, funded by the US Department of Defense, were uncovered,” he said.

According to the general, information was received from employees of Ukrainian biological laboratories about the urgent destruction of especially dangerous pathogens on February 24: plague, anthrax, tularemia, cholera and other deadly diseases.

“Obviously, with the start of a special military operation, the Pentagon had serious concerns about disclosing the conduct of secret biological experiments on the territory of Ukraine.

To prevent disclosure of the facts of violation by the United States and Ukraine of Article 1 of the UN Convention on the Prohibition of Bacteriological (Biological) and Toxin Weapons by Ukrainian The Ministry of Health sent an instruction to all bio laboratories on the urgent elimination of stored stocks of dangerous pathogens,” he said.

As Konashenkov noted, now the documents are being analyzed by Russian specialists from the troops of radiation, chemical and biological protection.

“The documents received to confirm that biological weapons components were being developed in Ukrainian bio laboratories in close proximity to Russia. In the near future, we will present the results of the analysis of the documents received. Some of them, in particular, the instruction of the Ministry of Health of Ukraine on the destruction of pathogens and acts of destruction in Poltava and Kharkiv biological laboratories, we are publishing right now,” the official representative of the Russian Defense Ministry said.

On February 24, Russian President Vladimir Putin announced a special military operation in Ukraine in response to the appeal of the leaders of the Donbass republics for help. He stressed that Moscow’s plans do not include the occupation of Ukrainian territories, the goal is the demilitarization and denazification of the country.

As stated in the Russian Defense Ministry, the Russian military does not strike at cities but disable only the military infrastructure, so nothing threatens the civilian population.  From ‘GreatGameIndia:’

As GreatGameIndia reported, under the “Biological Threat Reduction Program,” the US has six such facilities in Ukraine. This has led to several people wondering if Russia is actually targeting the secret US bioweapons labs in Ukraine.

Now, the official US embassy website has removed all evidence of bio-labs in Ukraine. These bio-labs are funded and jointly operated by the US Department of Defense (DOD). These documents include important construction, financing and permit details for bioweapon laboratories in Ukraine. But now the US government is scrubbing these documents from the internet and becoming less transparent with this critical information.

This comes at a time when the world population is waking up to the reality of gain-of-function bioweapons research, lab leaks, and predatory vaccine and diagnostics development. These bio-labs generate pathogens of pandemic potential that exploit human immune systems and are the foundation on which medical fraud, malpractice, vaccine-induced death, and genocide originates.