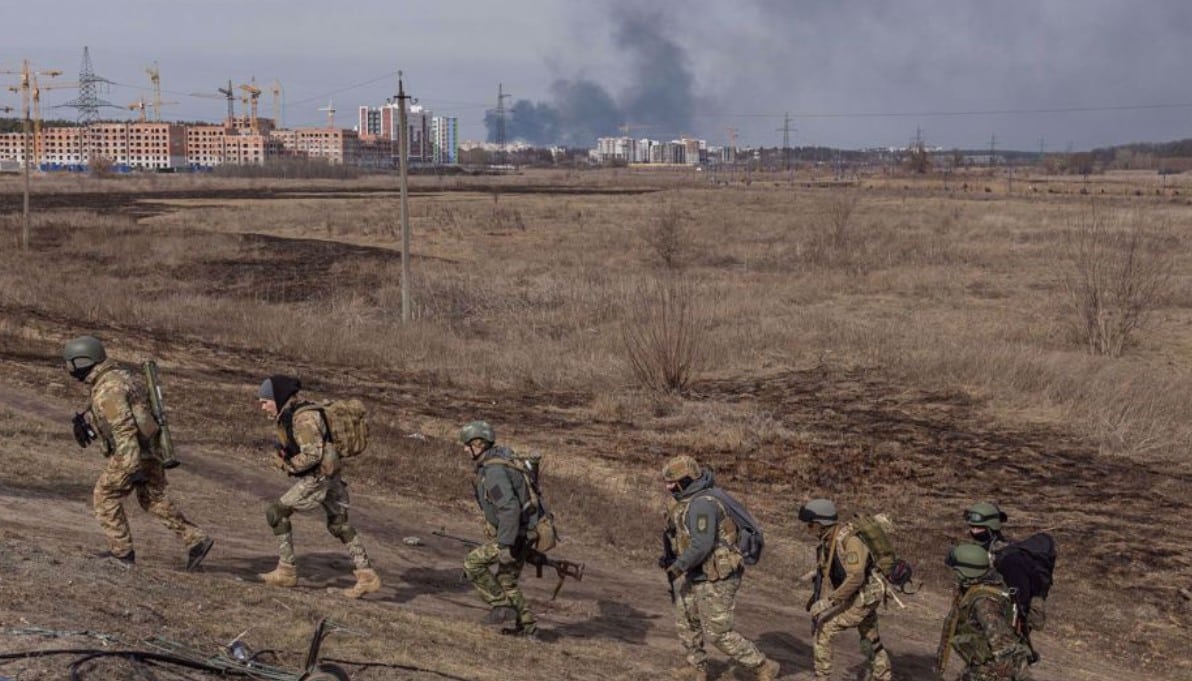 Press TV: The US and its media corporations are silencing independent journalists who are exposing the true reasons for the Ukraine crisis. Washington’s anti-Russian propaganda has reached a fever pitch, according to American political analyst Charles Dunaway.

“The US government has imposed harsh sanctions on a number of nations, among them Iran, Venezuela, and Russia, all of the major oil producers.  As a result, gas prices are at an all-time high in the United States and that is politically toxic to Biden and the Democrats. While Biden tries to blame Putin for the high gas prices, it is entirely a result of the US trying desperately to retain its position as the sole superpower,” Dunaway said in an interview with Press TV on Sunday.

“The Saudi and UAE governments are well aware of Biden’s political situation and intend to take full advantage of it. Biden should, of course, not deal with these brutal regimes, but he has little choice. Continuing increases in the price of gasoline will cause voters to reject the Democrats in large numbers this fall. The Washington establishment and the oligarchs who financially support it will not tolerate a rational winding down of the policy of world domination, so the US is using the power of its formidable propaganda machine to whip up more anger at Russia and keep attention focused on the plight of the Ukrainian people,” he added.

“The US and its social media corporations are silencing all media outlets and independent journalists that might reveal the truth about Ukraine and undermine faith in the establishment narrative. Such moves make a mockery of the feigned concern for human rights and democracy, and this fact does not go noticed in the Global South. Should Russia successfully remove the US-supported Nazis in Ukraine, many more nations will join with Russia, China and Iran in opposition to US imperialism,” he noted.

Analyst: Embracing Saudi Arabia and the UAE’s war in Yemen will hurt US interests in the Middle East

An American political analyst has urged the Biden administration not to embrace Saudi Arabia and the UAE because it will hurt US interests.

“As for harming US interests in West Asia, what more harm remains to be done? Destroying Afghanistan, Iraq and Libya, and trying to destroy Syria and Iran, and supporting the brutal repression of the Palestinian people has already destroyed US interests in the region,” he stated.

“As an American, it is painful to watch my nation self-destruct, and even more painful to witness my fellow citizens’ unquestioning acceptance of the anti-Russian propaganda. As we receive even more urgent warnings about impending climate catastrophe, the US should be working together with the nations of the world to find solutions, not starting more wars in the vain attempt to dominate,” he concluded.

US relations with the two Persian Gulf countries have soured over the Biden administration’s dwindling support for the Saudi-led war on Yemen and the talks in Vienna aimed at reviving the 2015 Iran deal, according to reports.

But now the Biden administration is reportedly reaching out to Saudi Arabia and the United Arab Emirates (UAE) to urge them to increase their oil output to counterbalance disruptions in the global market sparked by sanctions on Russia.

The leaders of Saudi Arabia and the UAE, however, have reportedly declined calls from President Biden.

According to The Wall Street Journal, both Saudi Crown Prince Mohammed bin Salman and Abu Dhabi Crown Prince Sheikh Mohammed bin Zayed Al Nahyan have declined to speak by phone with President Biden in an attempt to draw American attention to the quid pro quo they are seeking — “more oil output for more arms and assistance in fighting” against the people of in Yemen.

YouTube, the US-owned video sharing platform, has taken down Russian channels over Russia

Russian President Vladimir Putin on February 24 ordered a “special military operation” in Ukraine’s Donbas region. Putin said his country was defending Russian-speaking communities through the “demilitarisation and de-Nazification” of Ukraine so that their neighbor became neutral and no longer threatened Russia.

US President Joe Biden, however, called the Russian action an “unprovoked and unjustified attack,” and the mainstream American media described it as the biggest assault on a European state since World War Two attack by Russia.