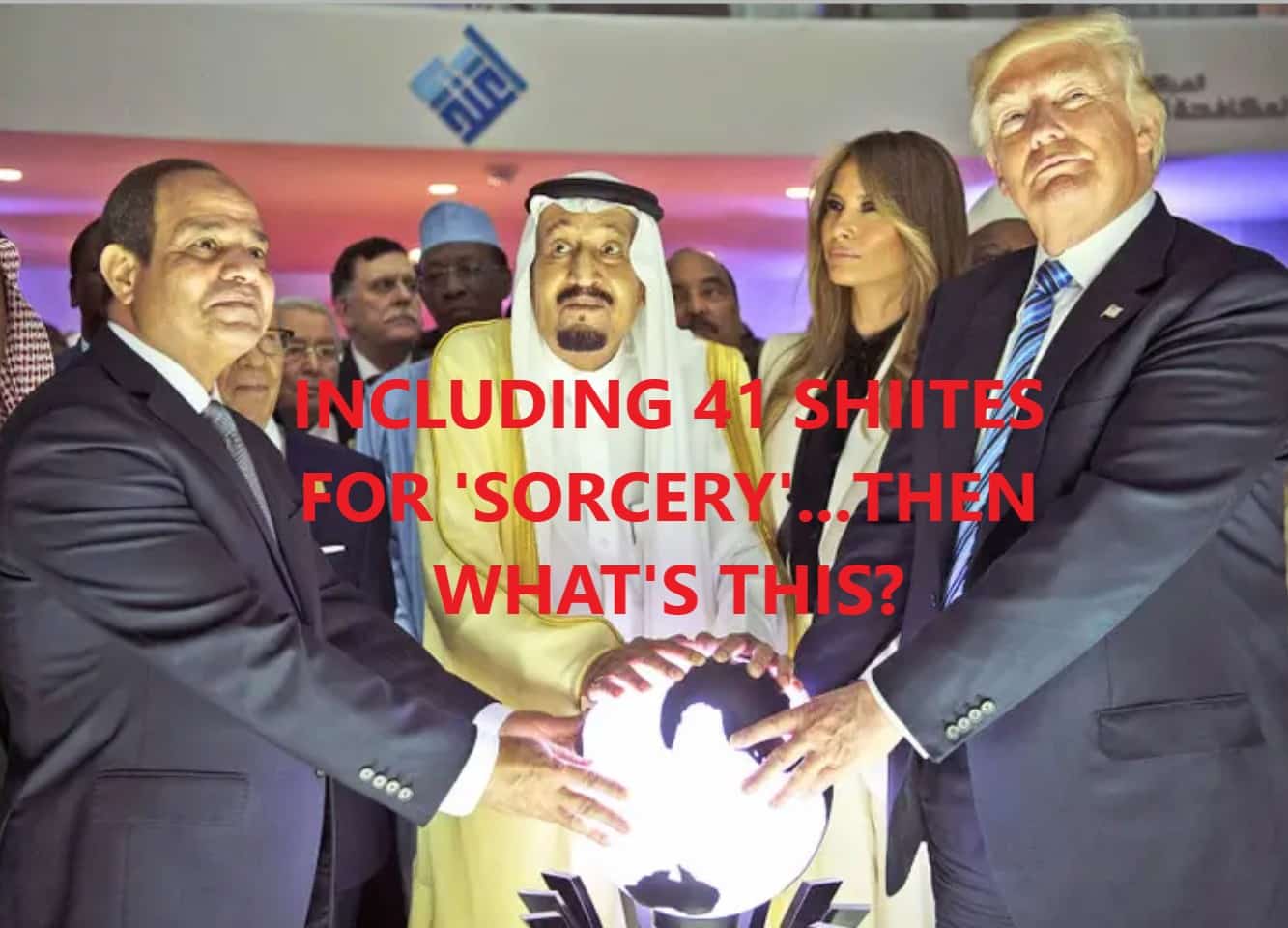 The government of Saudi Arabia has executed 81 people—including seven Yemenis and a Syrian national—over the past 24 hours in what is believed to be the largest mass execution in the kingdom’s history.

Including a 13-year-old “sorcerer.”

The Saudi regime has carried out its largest mass execution, beheading 81 individuals in a single day on Saturday 12th of March. Dozens of them were Shia activists who had protested against Saudi crimes. pic.twitter.com/5Gg2IDlogl

Citing the country’s interior ministry, the Wall Street Journal reported Saturday that most of those executed were Saudis.

Beheading 81 ppl in one day in Saudi Arabia, 41 of whom were Shia. No outrage, no #HumanRights concerns, no condemnation, no #sanctions.#DoubleStandards #Shias pic.twitter.com/kKJWyy2K1s

“We cannot show our revulsion for Putin’s atrocities by rewarding those of the Crown Prince.”

“More than half were from the minority Shiite Muslim population,” the Journal added. “The interior ministry didn’t disclose how the men were killed. Executions in the past have involved beheading by sword in the kingdom, which remains among the world’s top executioners despite recent efforts to curb the use of the death penalty.”

In response to the mass killing, the human rights group Reprieve said in a statement that “the world should know by now that when [Saudi Crown Prince] Mohammed bin Salman promises reform, bloodshed is bound to follow.”

Worse than Putin. I worked with Saudis, been there several times. Beheading and chopping off, of arms held in the market place, house help rapped by employers & their passports taken away, etc etc. Can't wait when v mive away from fossil energy & they r back 2 being nomads.

“Just last week the crown prince told journalists he plans to modernize Saudi Arabia’s criminal justice system, only to order the largest mass execution in the country’s history,” the group said. “There are prisoners of conscience on Saudi death row, and others arrested as children or charged with non-violent crimes. We fear for every one of them following this brutal display of impunity.

“[British] Prime Minister Boris Johnson is due to visit Saudi Arabia soon, to beg for Saudi oil to replace Russian gas,” Reprieve continued. “We cannot show our revulsion for Putin’s atrocities by rewarding those of the Crown Prince. Johnson must speak up and condemn these killings.”

Those executed over the past 24 hours were accused of a variety of crimes, including “pledging allegiance to foreign terrorist organizations.” But the Saudi judicial system is notoriously unfair, frequently wielding its authority to silence and punish political dissidents.