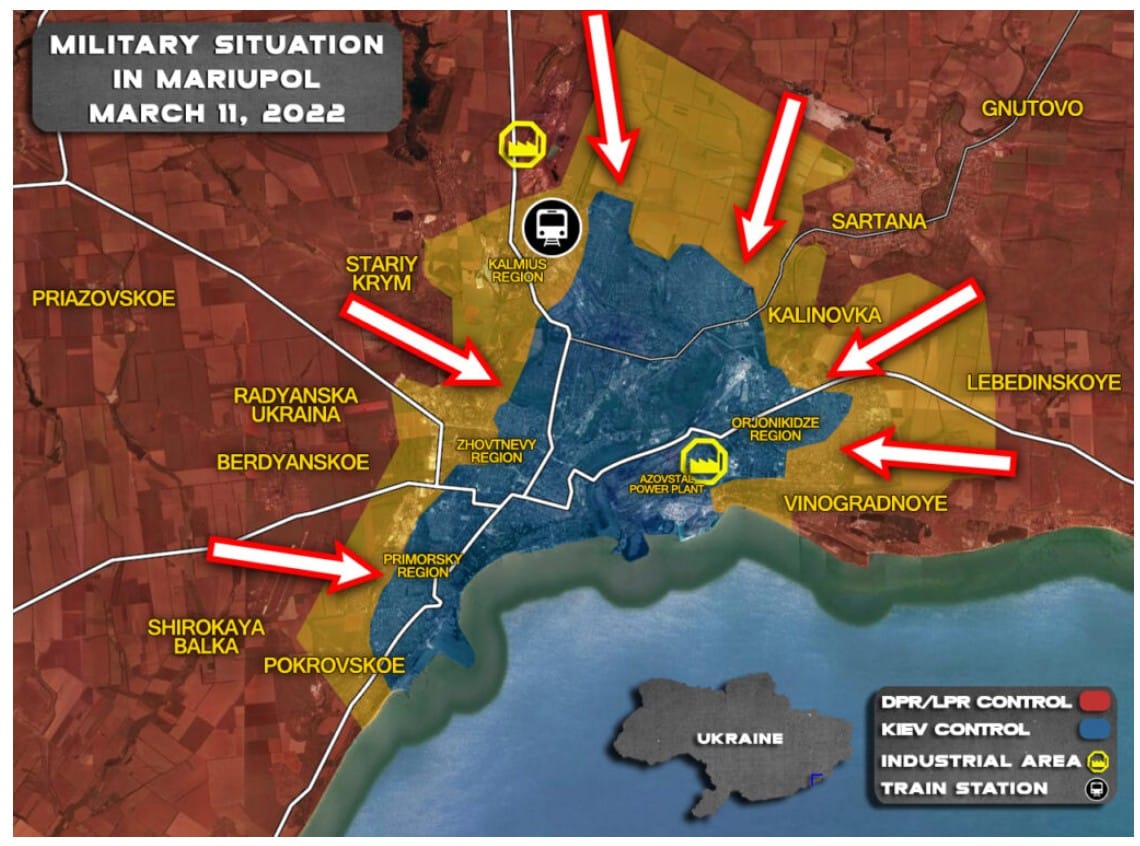 RT: A member of the Russian negotiating team, Leonid Slutsky, has said he believes the “significant progress” he has observed in talks between Moscow and Kiev might soon lead the two sides in the conflict to sign an agreement.

Speaking to RT Arabic on Sunday, Slutsky – who also chairs the State Duma’s Committee on International Affairs – said, “If we compare the positions of both delegations at the talks, at the very beginning and today, we see significant progress.”

“I am happy to report that, according to my personal expectations, in the next few days, this progress may develop into a joint position of the delegations and into documents to sign.”

Slutsky stressed that signing such documents would be a matter of “paramount importance,” as it would provide a basis for de-escalation and for “saving many people who are dying today.”

Russia has consistently accused Ukrainian “nationalists” of using civilians as cover and of preventing their evacuation through humanitarian corridors. Slutsky described these alleged actions as “monstrous” in their “cynicism,” but said the crisis would be addressed “in the very near future.” Kiev has consistently denied it has obstructed the evacuation, and blamed Russian shelling for preventing the safe passage of people.

Ukraine has nonetheless apparently witnessed some progress in the negotiations, too. Presidential aide Mikhail Podolyak said in an interview with the Russian newspaper Kommersant that the two sides were approaching a compromise. He opined that the Russian side was “already seeing things much more adequately,” but noted that it would likely be some time before it “fully, 100%, understands the situation it has got into.”

Podolyak said he sees any agreement between Kiev and Moscow as being in the form of a “multi-component” document. It should include provisions on the termination of the war, the terms and time schedule of the withdrawal of the Russian forces, the guaranteed terms of the peace agreement, and a detailed description of compensation mechanisms, he stressed, as recovery efforts would likely amount to “billions of dollars.”

Moscow attacked its neighbor in late February, following a seven-year standoff over Ukraine’s failure to implement the terms of the Minsk agreements, and Russia’s eventual recognition of the Donbass republics of Donetsk and Lugansk. The German- and French-brokered protocols had been designed to regularize the status of those regions within the Ukrainian state.