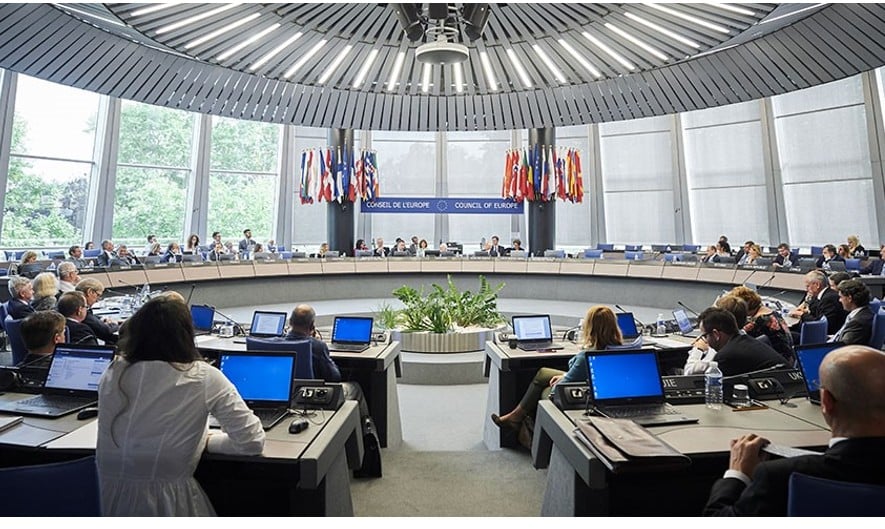 Russia has announced that it is leaving the Council of Europe. In doing so, Russia is also turning its back on the European Court of Human Rights. What does this mean?

In the meantime, however, the Council of Europe has degenerated into an instrument of Western politics in which dialogue no longer takes place, but is misused by the majority of its members, who are also NATO members, for power-political purposes instead of serving dialogue. This majority deprived Russia of voting rights after the Ukraine crisis in 2014 and only relented when Russia threatened to leave after a few years, details can be found here at Anti-spiegel.ru

In the wake of the current crisis, the game is repeating itself. When a Russian representative gave a speech a few days ago, the representatives of the West demonstratively left the room, showing definitively and openly that they no longer want dialogue in the body.

Russia has now drawn the consequences and left the body. Kremlin spokesman Peskov, responding to a question from journalists, said that this meant withdrawal “from all mechanisms” of the Council of Europe, including the European Court of Human Rights.

Russian TV has summarized the first reactions in Russia after the decision and I have translated the Russian TV article.

The Chairman of the Constitutional Legislation and State Building Committee of the Federation Council, Andrei Klischas, believes that Russia’s withdrawal from the Council of Europe will not have a negative impact on the rights of Russians.

As the senator explained, Russian citizens will not be able to appeal to the European Court of Human Rights after the withdrawal procedure is completed.

Klischas recalled that in recent years the Court has often made politicized decisions. At the same time, it has clearly exceeded its own powers, the senator added. (Translator’s note: I have reported on examples; an article can be found here).

For his part, Andrei Klimov, chairman of the Federation Council’s Commission on Protection of State Sovereignty and Prevention of Interference in Russia’s Internal Affairs, said that the moratorium on the death penalty was Russia’s sovereign judicial right. It does not depend on Russia’s membership in international organizations, the senator explained.

Duma Deputy Speaker Peter Tolstoy wrote on Telegram that the Council of Europe has long become a venue for “rampant Russophobia.” There can be no question of equal dialogue in this “puppet structure,” he said.

“Russia does not fit into their worldview; we will never accept Western values. Let them stew in their own juices. Without us,” Tolstoy stressed.

He recalled that the West is constantly trying to impose LGBT values and destroy the institution of the family. This is not in the interest of the Russian Federation, Tolstoy believes.

“You have woken up Russia. Thank you. Now we will fix things ourselves as we see fit,” Tolstoy concluded.

Senator Olga Kovitidi is also convinced that the existence of the Council of Europe has become pointless, writes RIA Novosti.

“All patience has come to an end. By leaving the Council of Europe, we will save Russia’s money and become stronger,” Kovitidi said.

According to the senator, the Council itself has violated Article 1 of the Charter of the organization by economically and politically oppressing undesirables.