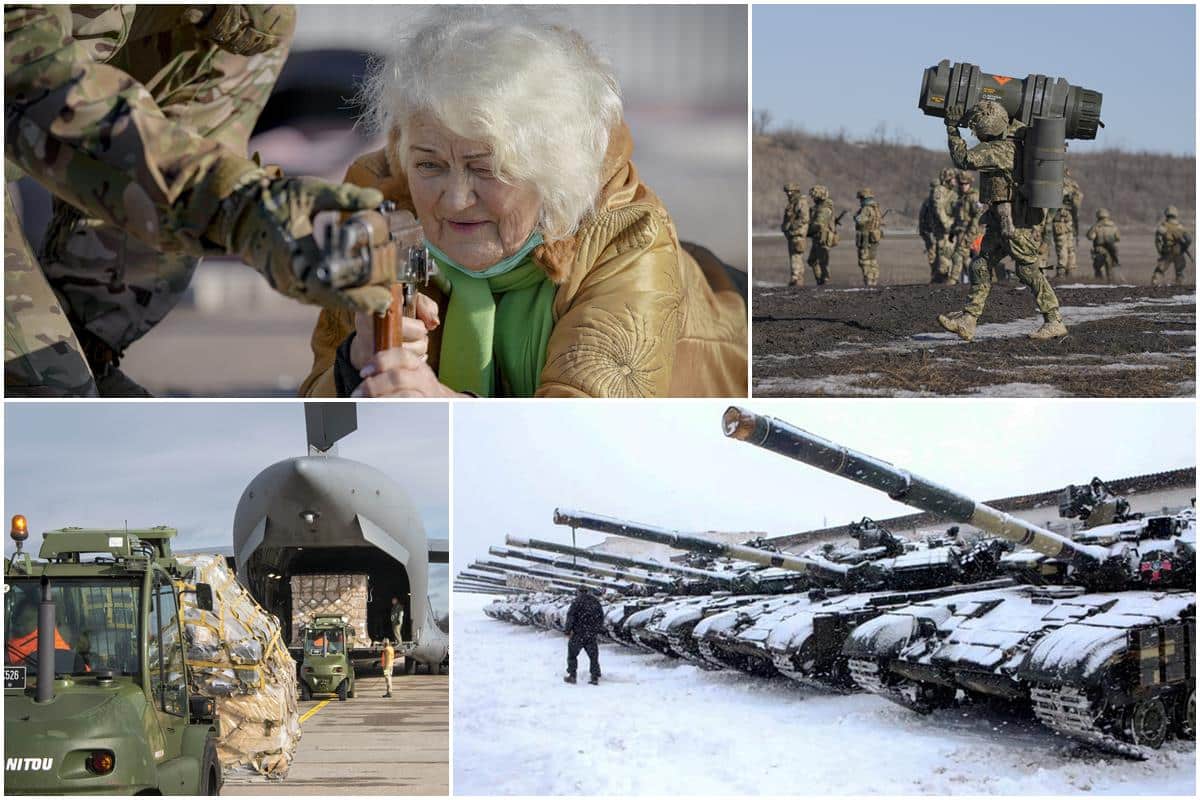 Boris Johnson, the EU, and the Biden regime are pushing four key lines on the Russo-Ukrainian War: that nice old Mr Pooter is a dictator, that Russia is the aggressor, that President Putin expected a quick victory and that the Russians are losing. All these assertions are wrong.

President Putin isn’t a dictator. Unlike Joe Biden, he was elected in a largely free and fair election. There may have been the odd anomaly, but no worse than the Peterborough by-election. Russia only appears to be the aggressor – in fact, she had just casus belli and it now turns out that the Ukraine was planning to invade the Donbas republics all along.

The idea that the Russians expected to roll the Ukrainians over in a few days is a fantasy existing solely in the minds of Western governments and the MSM. The Russian General Staff are highly competent, with recent combat experience in Chechnya, where they gave the terrorist Islamist enemy good hiding.

As their logistical preparations make clear the General Staff were expecting a lengthy campaign. Ground conditions have been soggier than I expected, suggesting that the timing of the Russian attack was driven by fears of the planned Ukrainian attack on the Donbas republics, as well as by a deal with Peking over the Olympics and a desire to mark the 8th anniversary of the German-backed Maidan coup. (That was the one where the Germans paid snipers to shoot unarmed demonstrators in the hope that the elected Ukrainian government would be blamed, as indeed they were.) 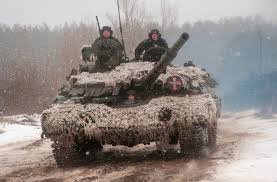 The Russians are clearly winning. The Ukrainian Air Force has been all but shot out of the sky, admittedly after a slow start by the Russian Air Force, Russia has air superiority over the whole of Ukraine, major territorial gains have been made and Kiev is surrounded like the butter in a Chicken Kiev. It will take several more weeks yet but the direction of travel is clear. Ukrainians are voting with their feet and getting the hell out of Dodge.

The maternity hospital in Mariupol

The Russians, again unfairly, have been accused of committing a war crime by shelling a maternity hospital in Mariupol. My analysis is that a war crime was committed, by the Ukrainians. The facts appear to be these – Ukrainian forces took over the hospital and used it to start firing on the Russians, having herded poor mothers and newborn infants to the basement at gunpoint.

It seems that the Ukrainian intention was to use the women and newborns as bait, bringing down counter-battery fire, then accusing the Russians of attacking a hospital. It is a war crime to misuse a hospital, or the Red Cross symbol, in this way. Ukraine is a German client state and the Germans are past masters at this sort of false flag nonsense. From now on every statement by the Ukrainian government should be rejected unless it can be independently verified.

What do we call the war? 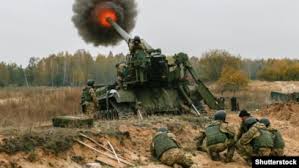 War ought to have a name. I’ve called it the Russo-Ukrainian War, which sounds a lot better than ‘Russo-Ukrainian Incursion’! Sorry Mr. President, but if it’s got airstrikes, main battle tanks and amphibious landings it’s a war, not an incursion!

The MSM have been a bit slow to come up with another name, so I’m sticking to ‘Russo-Ukrainian War’. The ‘Second Crimean War’ doesn’t have the same ring to it!

I make no apology for emphasising the need for a casus belli. I am a firm believer in the Augustinian principle of a just war. Wars are terrible things. You only go to war with just cause. You also have to be confident that you can win a war you’ve started.

Thankfully the Russians have captured some authentic-looking documents suggesting that the Ukrainians were about to attack the Donbas. Public international law is clear – a state which is about to be attacked may launch a pre-emptive attack itself against the aggressor. That’s why the Six-Day War was legal.

Diplomatic recognition is a factor in favour of a territory achieving sovereign status, but it’s not a precondition. I had to grapple with the issue as a judge, in relation to Somaliland, in the course of hearing a political asylum appeal at Cardiff Magistrates’ Court some years ago. I think I was the first judicial authority in the world to hold that Somaliland was a sovereign state. I was certainly the first to do so at Cardiff Mags! (I still recall the steep ramp in the car park – I always seemed to scrape the bottom of the exhaust of my Bentley when exiting after a day’s sitting!)

Even if the Donbas republics didn’t meet the test for sovereign status in February (they almost certainly do now, given Russian diplomatic recognition) they were de facto independent. The planned Ukrainian invasion justified a Russian response. I’m not sure that we need to get to the issue of whether or not the Russian government knew in advance about the Ukrainian plan – they probably did, given Kiev’s military preparations.

What did I say last week? This has now emerged into the public domain big time, complete with a Security Council hearing. The British government is desperately trying to play the issue down, but then the British government are fluent and practised liars, no offense intended. They’re still pushing the lie that the Salisbury poisoning incident was down to the GRU.

I doubt that Boris Johnson realised before he backed Kiev so heavily that they were involved in the Covid biowarfare campaign. Now that the truth has come out he’s covering up like mad. Having Ukraine mixed up with Covid is a huge blow to Western governments and the MSM. The official numbers for people murdered with Covid now match the official figures for the Holocaust by the way.

These have now been clarified. President Putin has offered generous peace terms to President Zelenskyy, who has turned them down flat. Essentially Russia was only seeking to hang on to Crimea and the Donbas Republics, which she already controls. Zelenskyy of course is only the public face of the Ukrainian government. The people behind him are much nastier and the people behind them (the DVD) nastier still. President Putin is not far wrong with respect when he talks about denazification. The DVD are not Nazis – apart from anything else the Nazis were much nicer, comparatively speaking of course.

Now that the nutters behind ‘von’ Zelenskyy have insisted on fighting to the bitter end Russia may have to be a little bit less generous. I’m thinking the whole of Ukraine east of the Dneiper, which would make a nice, natural frontier. The rest could be renamed Western Ukraine. Vlodymyr Zelenskyy could usefully be shot, no offense intended, after a fair trial of course. Western Ukraine would be obliged to accept neutrality.

There is no way in the world that Russia could possibly be expected to live with nuclear-tipped missiles in Ukraine, which is what NATO membership would amount to. It would be the Cuban Missile Crisis in reverse.

NATO and EU policy since the breakaway of Ukraine from Russia has been reckless. NATO may think it’s a defensive alliance and in theory, it is. Sadly however it includes Germany, the most aggressive state in history. The current hostilities are really a proxy war between Russia (the Good Guys, nicer than the Vulcans) and Germany (the Bad Guys, meaner than the Klingons).

Turning away from the war to more important matters a Test Match has just finished, in Antigua in the West Indies. The government is not the only organisation in Britain with leadership problems.

The England and Wales Cricket Board, the quango dedicated to destroying English cricket, no offense intended, chose Joe Root to captain England for the West Indies tour. For readers who are not cricket lovers, I should explain that this made about as much sense as choosing Kamala Harris to be Vice-President. Joe had just led England to a crushing defeat in Australia.

The ECB then compounded their error by dropping England’s two best bowlers, James Anderson and Stuart Broad. Their replacements couldn’t pull the skin off a rice pudding, frankly. The match ended tamely, with the Windies blocking out our feeble bowling attack. The controversy over dropping Broad and Anderson for the West Indies tour will rumble on for centuries, but it’s already clear that it was a crass selection error, no offense intended.

Producing a published annual output of around 100,000 words a year isn’t as easy as it sounds. Moreover we don’t get paid at VT, which is not a criticism – publishing the truth is not an economic proposition, sadly! Lies pay much better! My income from my day job (the law) has been hammered by the Solicitors Regulation Authority, a quango which reports to the Cabinet Office.

To make things worse, in April last year I got hit for a swingeing order for costs in the High Court for trying to defend my right to challenge my bogus convictions before the Solicitors Disciplinary Tribunal, which then became tainted with the fraud. (You can’t uphold a crooked conviction without becoming tainted by the fraud yourself.)

Should you wish to fund my work here at VT here’s the link. Please don’t pay more than you can afford!