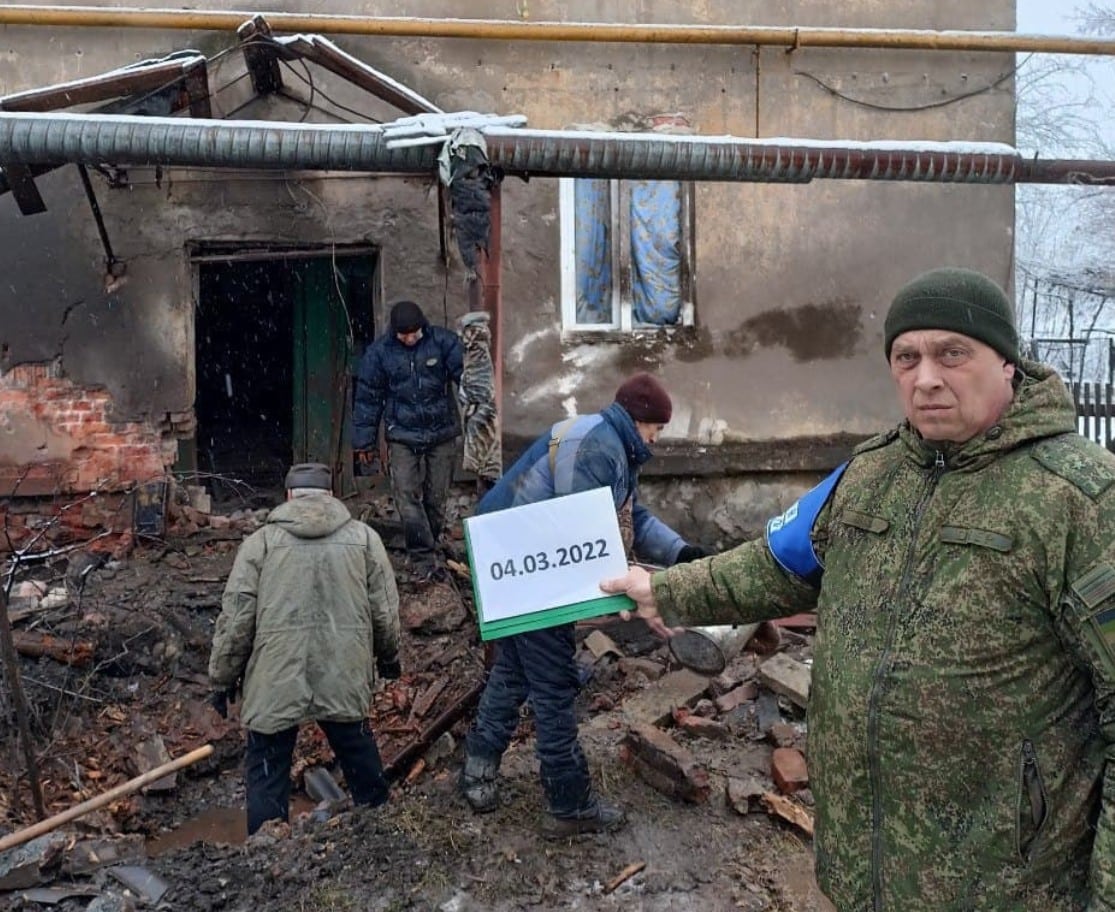 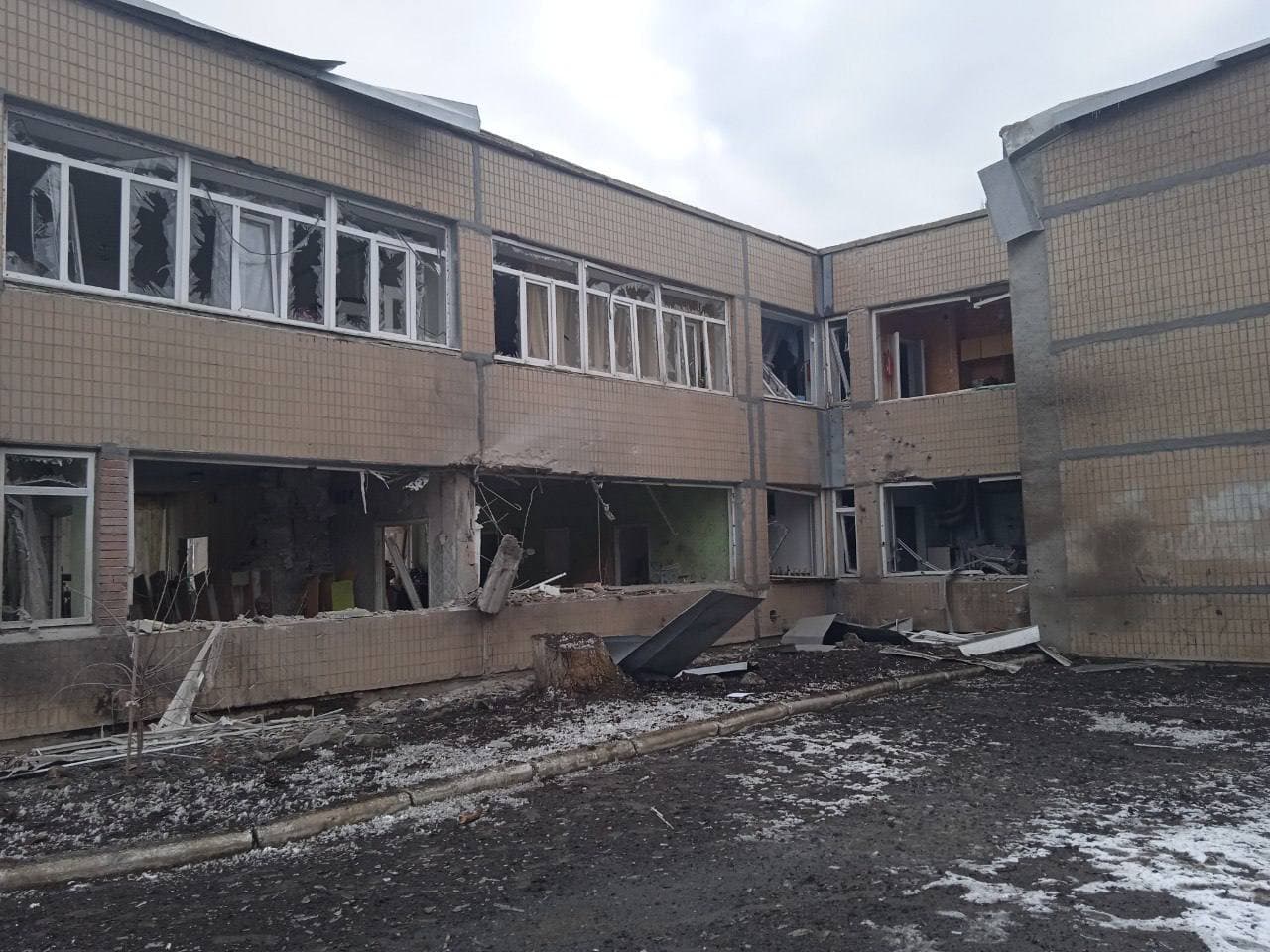 Donetsk residential areas are still being shelled by the Ukrainian army. Here I compile information from Donetsk.

Anti-Spiegal.ru – The West simply does not want to see the Ukrainian army shelling of civilians in Donetsk. Western media turned a blind eye to it for eight years and still does. According to official figures, at least 14,000 people died during the eight-year war in Donetsk, which is reported in the West.

However, it is not mentioned who is responsible for it, although the OSCE has reported on it. However, the OSCE reports that 75 percent of civilian casualties in Donbas are attributed to the Ukrainian army that does not fit the image the West wants, so the “quality media” mercifully withhold this information.

Thanks to Alina Lipp, I now have good contacts in Donetsk and get first-hand information from there. So here I am showing a compilation of the shelling by the Ukrainian army over the past few days.

This is kindergarten number 251 in Donetsk’s Kievsky district, which was shelled a few days ago. 22 windows, as well as furniture and fixtures, were destroyed. Luckily there were no children there at the time of the shelling, only one employee who was not injured.

This is a particularly interesting photo. It shows a residential building in the Kievsky district of Donetsk that was recently hit. If you’re ever in the area, you’ll find the building on Mironova Street. Why am I pointing this out? Because this building and this photo was also seen in Western media, however, according to their reports, it was in Kharkiv and was allegedly shot at by the Russian army.

There was also shelling in the Donetsk suburb of Makeevka.

There have also been victims here.

This is again the Kievsky district, which is one of the worst affected districts of Donetsk. This is Kindergarten 392, which was badly damaged by the Ukrainian army in 2015. It has been repaired and resumed operations in 2020, but has now been shelled again. Luckily there were no children there because they had been evacuated from the city.

Donetsk or its suburbs come under fire from Grad rocket launchers almost every day. The Grad (Russian for “hail”) is a further development of the notorious “Katyusha” from the Second World War. These are unguided rockets, of which a launcher can fire up to 40 pieces practically simultaneously.

They are designed to completely level an area. A battery of six launchers covers a target area of ​​450 × 450 m (over 200,000 m²) with a total of 240 rockets. These are weapons that, according to international humanitarian law, cannot be used against civilian areas because they kill and destroy in an uncontrolled manner.

But that doesn’t bother the Ukrainian army, because hardly a day goes by when Donetsk or its suburbs aren’t hit by Grad rockets. However, “only” from individual rockets or from a “small” volley of 12 rockets, as happened a few days ago in the Donetsk suburb of Gorlovka.

Ukraine still has Totschka-U (NATO designation SS-21 Scarab) ballistic missiles from Soviet times, which carry a warhead weighing almost 500 kilograms. They can be equipped with nuclear bombs, cluster bombs or cassette bombs, i.e. cluster munitions. In the Donbass, they are equipped with cluster munitions by the Ukrainian army.

Cluster munitions are a form of explosive munitions used in cartridge bombs or bulk bombs. Such a bomb serves as a container that contains several smaller bomblets or submunitions and scatters them after release. The bomblets are scattered like shrapnel, but unlike shrapnel, they explode, making them far more dangerous. In addition, there is a large number of duds, which pose a great danger long after the shelling.

This type of weapon is designed to kill all life in a fairly large area. They kill indiscriminately and aimlessly. Children are often the victims who believe that the unexploded, sometimes brightly colored explosive devices are toys. According to the UN, these weapons pose a deadly threat to the civilian population in around 30 countries.

In civilian areas in particular, the use of cluster munitions means there is a risk of a large number of civilian casualties. Therefore, the Convention on Cluster Munitions came into force in 2010, banning these weapons and to which more than 100 countries have signed.

In 2014 Kiev fired some Tochka-U missiles at Donetsk , but not after that as far as I know. That has now changed. As early as February 17, before the Russian military operation began, the Ukrainian army fired another Tochka-U at Donetsk, which, however, was intercepted by the air defense and – as they say in Donetsk – “did only minor damage”. . They’re used to worse than a ballistic missile crashing into the city without exploding.

Press offices in Donetsk constantly bring summaries of hostilities and attacks on Donetsk. They bring these primarily for their own city, but also for the Russian media. Because local people know what’s going on in their city and where a rocket landed, it doesn’t lie, it “only” sums it up.

Your own local population would notice if you simply thought up an attack on a residential area. Incidentally, in the past, when there were still OSCE observers, they always confirmed all reports from the Donetsk authorities a day or two later.

I have already mentioned that I have contacts in Donetsk. There they were kind enough to summarize the reports of the last few days and weeks and have them translated into German. I am posting them here for information.

AUTHOR: ANTI-MIRROR – Thomas Röper, born in 1971, has held management and supervisory board positions in financial services companies in Eastern Europe and Russia as an expert for Eastern Europe. Today he lives in his adopted home of St. Petersburg. He has lived in Russia for over 15 years and is fluent in Russian. The focus of his media-critical work is the (media) image of Russia in Germany, criticism of reporting in Western media in general and the topics (geo)politics and economy.