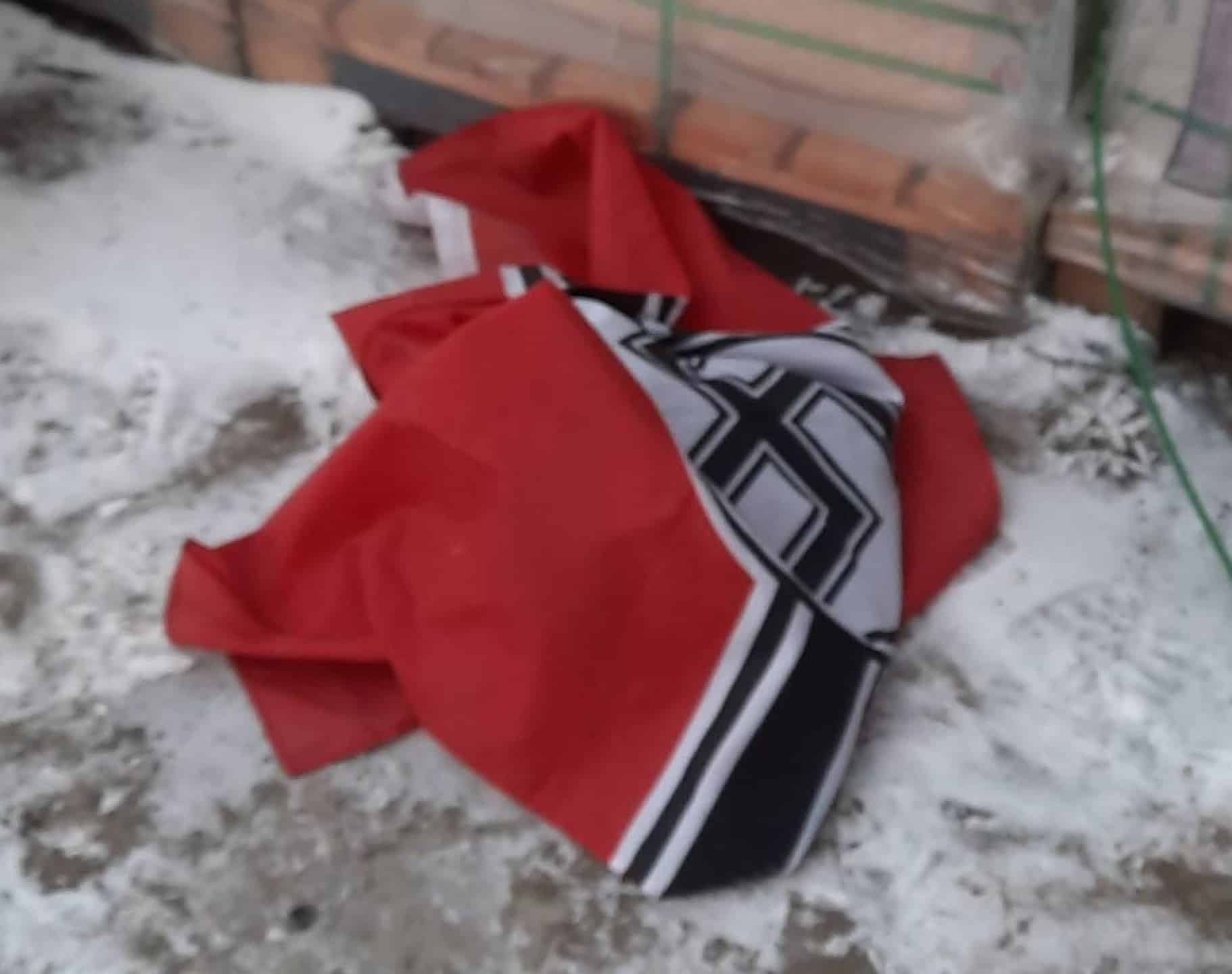 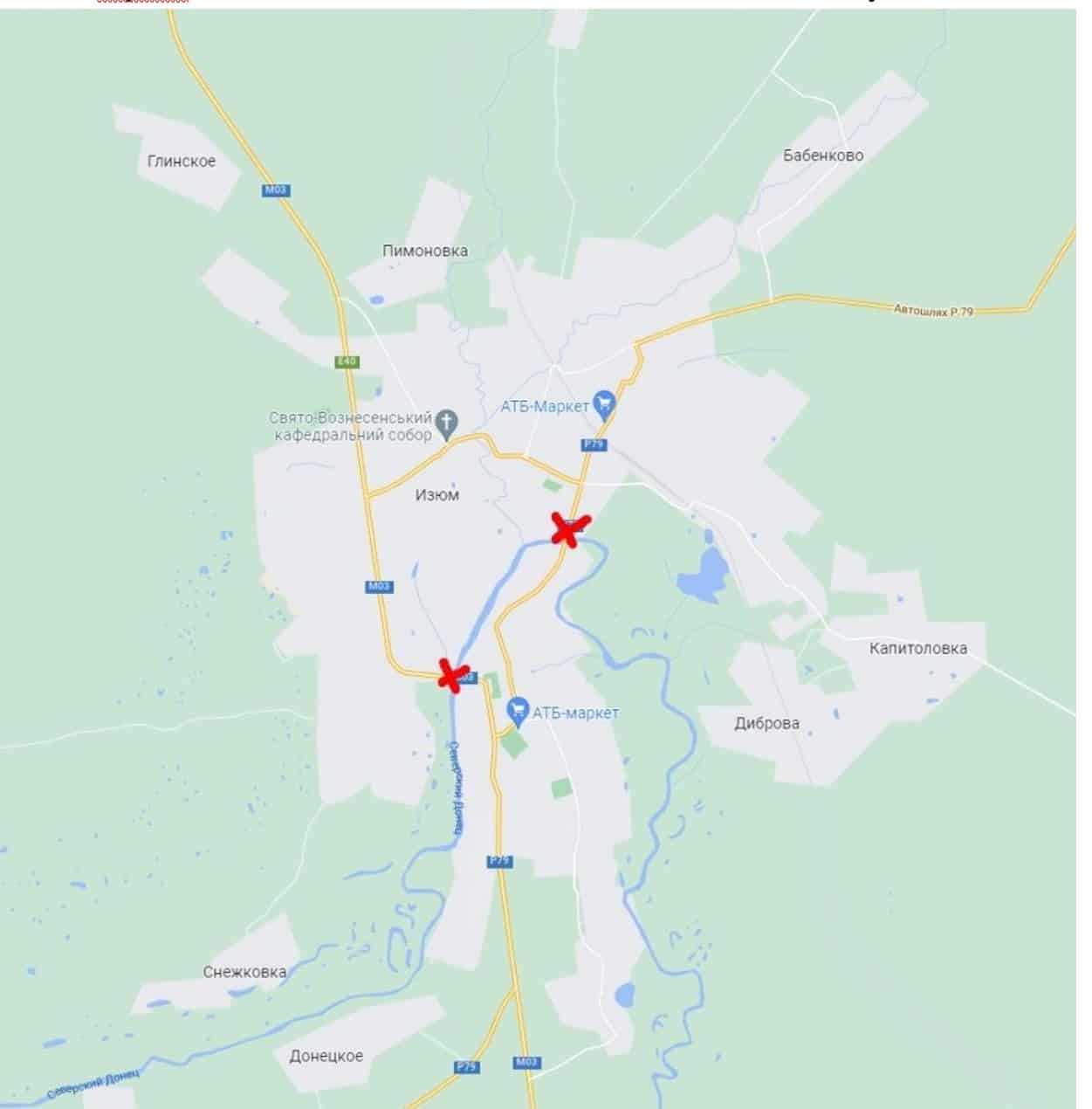 Colonel Cassad: The main territory of the city is controlled by Russian troops, the AFU have been knocked out of the city center, but while retreating, the Ukrainians blew up two automobile bridges and found themselves on a peninsula of sorts.

I thought they would be trapped like this. Thats why Izyum is important.https://t.co/QqUUkZUfx4

The Seversky Donets River creates a bend in the city and the southern part of the city, where the television tower is located, is under the control of the AFU.

Lmao people were saying Izyum had fallen a week ago https://t.co/4hcrvpq5iJ

Near the city of Izyum, on the southern outskirts at a crossroad near the Ukrainian traffic police post. UKR soldiers ran nearly 2km’s and almost made it to shelter before being hit by a barrage of Russian MLRS. #Ukraine #UkraineRussiaWar @BravoKiloActual @not_a_pog @LucasFoxNews pic.twitter.com/AOckFOzdcx

In order to encircle the AFU in the city and further move towards Slavyansk, the Russian Armed Forces set up a pontoon crossing below Izyum. It was for this crossing that there were fights for two days. A depth reconnaissance company crossed the river, entrenched itself and fought to secure the crossing while the bulk of armored vehicles and infantry tried to cross it.

Russian UAV follows and films Ukrainian Military fleeing near Izyum, attempting to hide at an intersection — at a police post. They ran there for over – 1.5 KM — just to then get hit with Russian Tornado MLRS pic.twitter.com/gDlZd5LDLq

The Ukrainian Armed Forces were taking accurate mortar and artillery fire at the crossing, and our APC was literally rocking from the close bursts. Deep at night, near the village of Kamianka, an air strike was launched against a cluster of enemy equipment and infantry that was hiding in the woods. I think I will soon be able to show you the objective control footage.

GLOBALHUB | FAST NEWS, [Mar 13, 2022 at 18:11]
Тhe deployment point of the 81st AFU Brigade in Izyum, which was repulsed by the Russian military
https://t.co/3hpoqFyzDg pic.twitter.com/FCdDVSUCrY

Unfortunately, a scout died yesterday while holding the bridgehead. A mine hit him directly.

As for the AFU at Izyum, I would like to say the following. They are fighting competently, firing mortars and artillery very accurately. In the forests to the east and west of Izyum, as well as to the south on the road to Slavyansk, fortified areas are created, from which mobile groups are constantly coming out, with roving mortars and MLRS, which get off the ground literally after the first volley.

🇷🇺⚡🇺🇦 A plane was shot down over #Izyum. The crew ejected. There is no information about nationality.

The enemy is using drones, armed with Bukas and MANPADs, which is why the army air force is very careful in this area. On the territory cleared of the enemy, Russian troops distribute humanitarian aid, trying to establish basic living conditions for local residents. At first the locals perceived us with caution, but now the bulk of them are very sympathetic.

Now the Izyum direction is becoming a priority. If the Russian Armed Forces’ offensive is successful, it will make it possible to surround the entire Donetsk enemy grouping and join the LNR troops, creating a cauldron for several tens of thousands of AFU soldiers. Kiev is well aware of this, and therefore is making every effort to prevent the Russian troops from advancing.