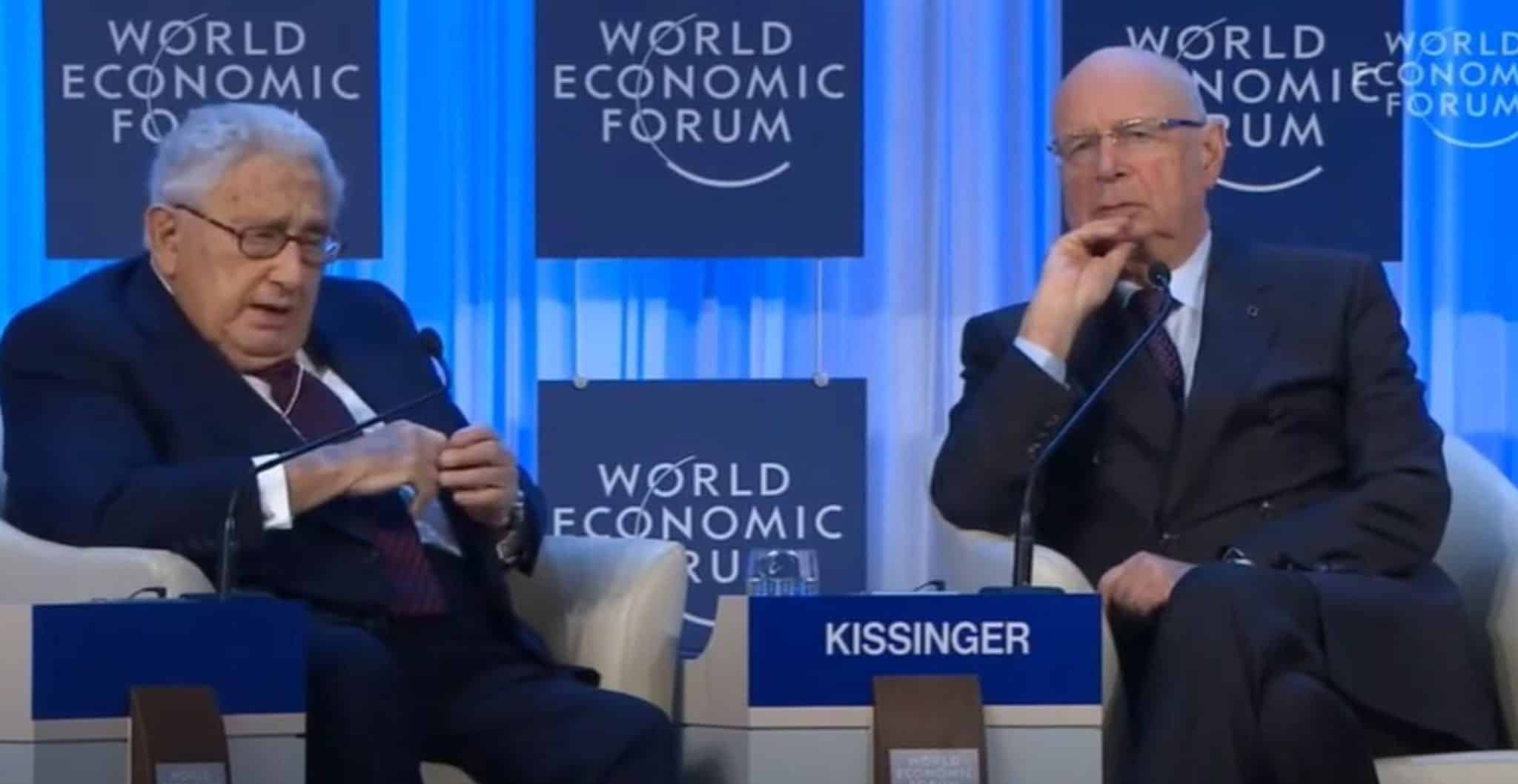 The World Economic Forum’s recorded history has been manufactured to appear as though the organization was a strictly European creation, but this isn’t so. In fact, Klaus Schwab had an elite American political team working in the shadows that aided him in creating the European-based globalist organization.

If you have a decent knowledge of Klaus Schwab’s history, you will know that he attended Harvard in the 1960s where he would meet then-Professor Henry A. Kissinger, a man with whom Schwab would form a lifelong friendship. But, as with most information from the annals of the World Economic Forum’s history books, what you’ve been told is not the full story. In fact, Kissinger would recruit Schwab at the International seminar at Harvard, which had been funded by the US Central Intelligence Agency. Although this funding was exposed the year in which Klaus Schwab left Harvard, the connection has gone largely unnoticed – until now.

My research indicates that the World Economic Forum is not a European creation. In reality, it is instead an operation which emanates from the public policy grandees of the Kennedy, Johnson, and Nixonian eras of American politics; all of whom had ties to the Council on Foreign Relations and the associated “Round Table” Movement, with a supporting role played by the Central Intelligence Agency.

There were three extremely powerful and influential men, Kissinger among them, who would lead Klaus Schwab towards their ultimate goal of complete American Empire-aligned global domination via the creation of social and economic policies.

In addition, two of the men were at the core of manufacturing the ever-present threat of global thermonuclear war. By examining these men through the wider context of the geopolitics of the period, I will show how their paths would cross and coalesce during the 1960s, how they recruited Klaus Schwab through a CIA-funded program, and how they were the real driving force behind the creation of the World Economic Forum.

Heinz Alfred Kissinger was born in Bavaria, Germany, on 27 May 1923 to Paula and Louis Kissinger. The family had been one of many Jewish families fleeing the persecution in Germany to arrive in America in 1938. Kissinger would change his first name to Henry at 15 years old when arriving in America by way of a brief emigration to London. His family would initially settle in Upper Manhattan with the young Henry Kissinger attending George Washington High School. In 1942, Kissinger would enroll in the City College of New York, but, in early 1943, was drafted into the US Army. On 19 June 1943, Kissinger would become a naturalized US citizen. He would soon be assigned to the 84th Infantry Division where he would be recruited by the legendary Fritz Kraemer to work in the military intelligence unit of the division. Kraemer would fight along with Kissinger during the Battle of the Bulge and would later become extremely influential in American politics during the postwar era, influencing future politicians such as Donald Rumsfeld. Henry Kissinger would describe Kraemer as being “the greatest single influence on my formative years”, in a New Yorker article entitled, The Myth of Henry Kissinger, written in 2020.

The writer of that article, Thomas Meaney, describes Kraemer as:

“A Nietzschean firebrand to the point of self-parody—he wore a monocle in his good eye to make his weak eye work harder—Kraemer claimed to have spent the late Weimar years fighting both Communists and Nazi Brown Shirts in the streets. He had doctorates in political science and international law and pursued a promising career at the League of Nations before fleeing to the US in 1939. He warned Kissinger not to emulate “cleverling” intellectuals and their bloodless cost-benefit analyses. Believing Kissinger to be “musically attuned to history,” he told him, “Only if you do not ‘calculate’ will you really have the freedom which distinguishes you from the little people.”

Read the full article at UnlimitedHangOut.com