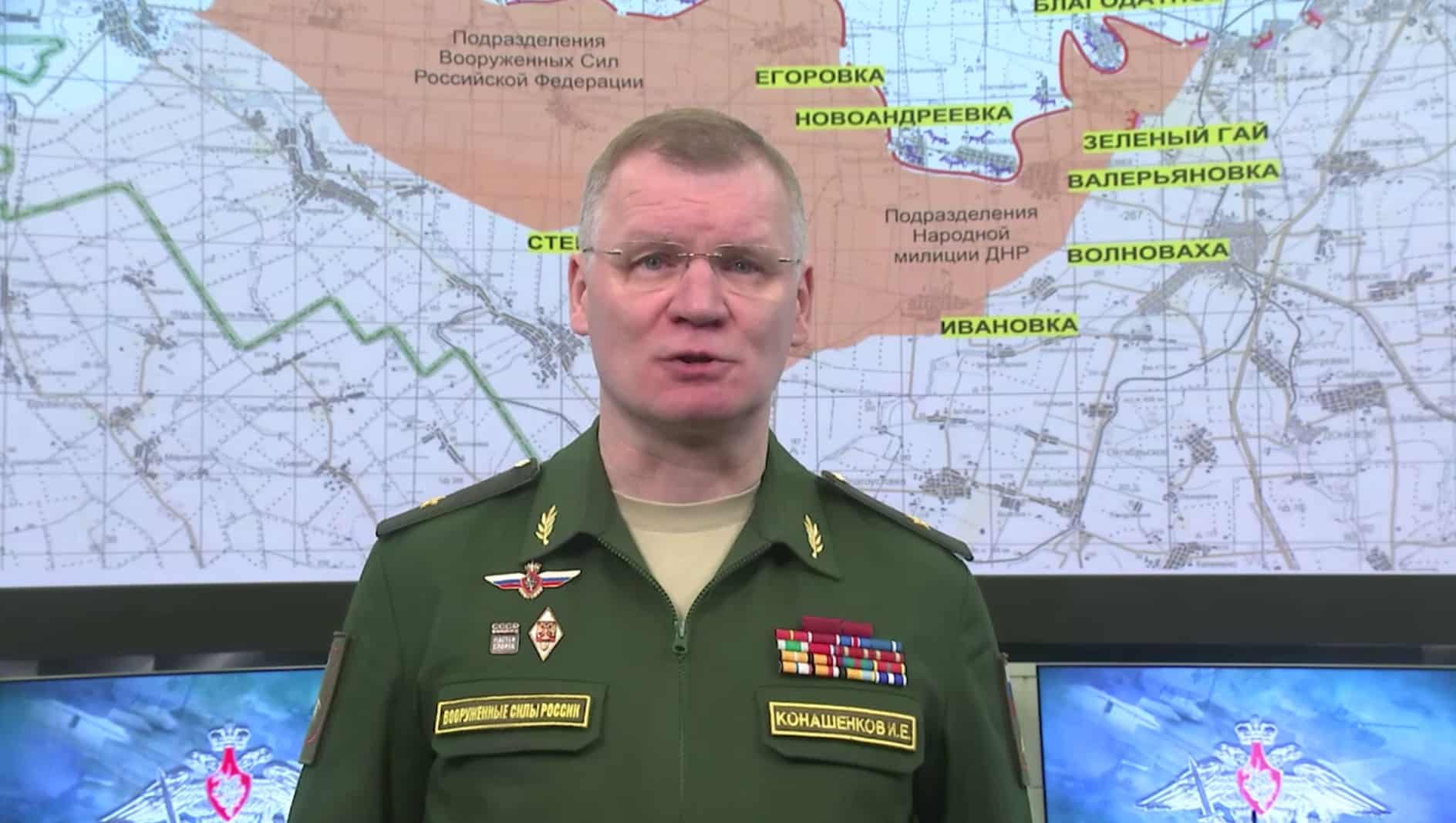 ▪️ Units of the Armed Forces of the Russian Federation, continuing the offensive, reached the border of Vodyanoe, Sladkoe, Stepnoe, Taramchuk and Slavnoye. The advance per day was 11 kilometers.

▪ The grouping of troops of the Lugansk People’s Republic, having previously blocked Severodonetsk from the eastern and southern directions, is fighting against nationalists on the northeastern outskirts of the city.

▪ During the night of March 14, 4 Ukrainian unmanned aerial vehicles, including иBayraktar TB-2, were shot down by aviation and air defence of the Russian Aerospace Forces.

▪ In total, during the operation, 3,920 objects of the military infrastructure of Ukraine were disabled.

▪️ On March 14, at about 11.30 a.m. Moscow time, Tochka-U tactical missile was fired at a residential block of Donetsk city from the territory controlled by the Kiev nationalist regime.

▪️ The shelling of the city was carried out from the north-western direction, from the area of Krasnoarmeysk settlement, which is controlled by Ukrainian nationalist units.

▪️ As a result of the explosion of a cluster warhead in the center of Donetsk, 20 civilians were killed. Another 28 people, including children, were seriously injured and taken to medical institutions.

▪️ The use of such weapons on a town with no armed forces firing positions, i.e. deliberately targeting civilians, is a war crime.

▪️ The armament of Tochka-U missile’ warhead with cluster ammunition proves that the purpose of the nationalists’ strike on the city was to kill as many civilians as possible.

▪ I would like to draw your attention to the fact that the decision to use this type of missile weapons is made, at least, by the command of the Ukrainian grouping of troops, after approval by the leadership of the Armed Forces of Ukraine in Kiev.

▪️ All this once again confirms the Nazi and anti-human nature of the ruling regime in Ukraine today.