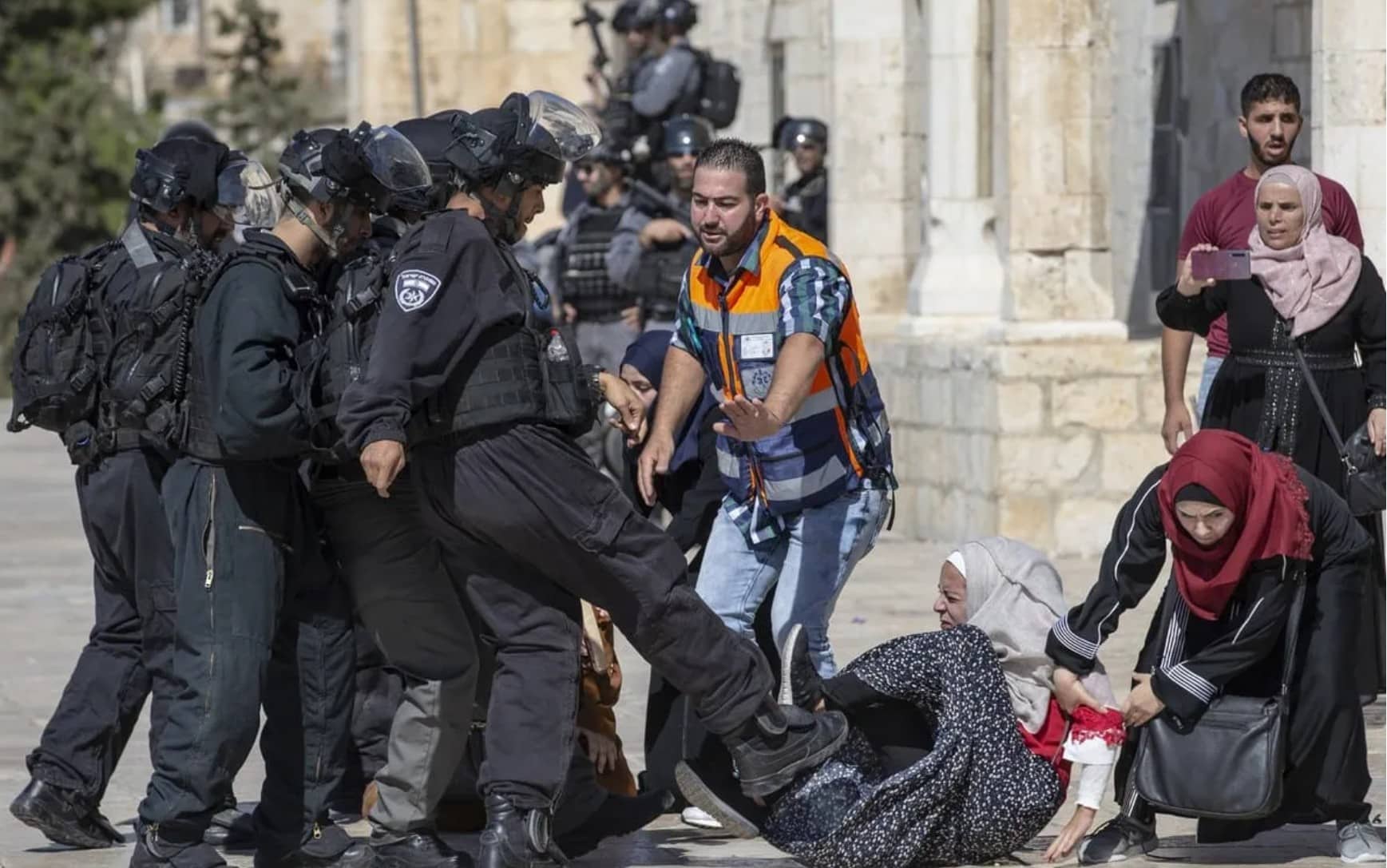 In his outstanding book “East West Street,” Philippe Sands, a professor of law at University College London, relates the stories of the two jurists who wrote the crimes of Genocide and Crimes Against Humanity into international law. These were two Polish-Jewish jurists who had lived on opposite sides of the same street in the town of Lemberg, or Lviv, which is now in western Ukraine. Their names were Hersch Lauterpacht and Rafael Lemkin. In the prologue, Sands writes, “A little after three o’clock in the afternoon the wooden door behind the defendants’ dock slid open and Hans Frank entered courtroom 600.” Hans Frank was Adolf Hitler’s personal lawyer and then the governor-general of German-occupied Poland during World War II. He was responsible for the forced labor and murder of millions of Jews and Poles. Sands continues:

Seated no more than a few feet from Frank in a black suit, Lauterpacht was the one who came up with the idea of putting the term ‘crimes against humanity’ into the Nuremberg statute, three words to describe the murder of four million Jews and Poles on the territory of Poland.

Of Hersch Lauterpacht, Sanz writes in the British daily The Guardian: “Most crucially, he crafted the language of Article 6 of the Nuremberg Charter, enshrining crimes against humanity, war crimes and the crime of aggression into modern international law.” Hans Frank was tried, convicted, and hanged for his crimes.

The Nuremberg trials were a series of military tribunals that were held following World War II by the Allied forces. The defendants were among the leadership of Nazi Germany that were caught and taken into custody. The trials went on from the fall of 1945 until the end of 1946.

Undoubtedly one of the most significant results of, and one might even say reactions to, World War II was the creation in May 1948 of the State of Israel, the so-called “Jewish State.” The State of Israel was supposed to be a refuge for Jews who suffered persecution and an answer to the Holocaust. In fact, Israel was neither. The vast majority of survivors of the Holocaust opted either to return to their countries of origin or to emigrate to places other than the State of Israel.

Later on, Jewish people who felt they had to leave their country of origin ended up in Israel only as a last resort and many of those who did go there regretted their decision. Even as late as the 1990s, when the collapse of the Soviet Union drove Jewish people to emigrate, those who ended up in Israel did so mostly because they either had no other option or the visas to other countries demanded longer wait times and they wanted to leave immediately instead of wait.

The title of the Amnesty report on the Israeli apartheid regime is, “Israel’s Apartheid Against Palestinians: Cruel System of Domination and Crime Against Humanity.” The report states the following regarding the state of Israel:

Since its establishment in 1948, Israel has pursued an explicit policy of establishing and maintaining a Jewish demographic hegemony and maximizing its control over land to benefit Jewish Israelis while minimizing the number of Palestinians and restricting their rights and obstructing their ability to challenge this dispossession. In 1967, Israel extended this policy beyond the Green Line to the West Bank and Gaza Strip, which it has occupied ever since. Today, all territories controlled by Israel continue to be administered with the purpose of benefiting Jewish Israelis to the detriment of Palestinians, while Palestinian refugees continue to be excluded.

The crime against humanity of apartheid under the Apartheid Convention, the Rome Statute and customary international law is committed when any inhuman or inhumane act (essentially a serious human rights violation) is perpetrated in the context of an institutionalized regime of systematic oppression and domination by one racial group over another, with the intention to maintain that system.

What we learn from the report, and what Palestinians have been saying all along, is that not only is the State of Israel not a refuge for persecuted Jews or a response to the Holocaust, but it was in fact, from its very establishment, a crime against humanity perpetrated against the Palestinian people. To assume that there was, is, or ever could be an Israel that is not an apartheid regime is a complete misunderstanding of Zionism and of the state of Israel.

The consequences of this report are – or rather, have the potential to be – far-reaching. The fact that this crime against humanity was allowed to be perpetrated in Palestine only three years after the crime was officially entered into the realm of international law must not be ignored. Furthermore, the biggest lie perpetrated by Zionists is that the State of Israel is somehow a response to the crime against humanity that was perpetrated against Jews by Nazi Germany. In fact, Israel is itself a crime that needs to be pointed out.

It is not surprising that this Amnesty report is being condemned by Western governments or that it is rarely discussed by the corporate media. The potential it carries is enormous and it is up to people of conscience to act and demand that the recommendations be carried out without delay.

LONDON – The Amnesty International report about Israel’s apartheid system states that, since its founding in 1948, Israel has in fact constituted a “cruel system of domination and crime against humanity.” It further states:

Amnesty International has analyzed Israel’s intent to create and maintain a system of oppression and domination over Palestinians and examined its key components: territorial fragmentation; segregation and control; dispossession of land and property; and denial of economic and social rights. It has concluded that this system amounts to apartheid.

The report correctly states that the designation of Israeli apartheid places it firmly in the category of “Crimes Against Humanity.” This is not an insignificant conclusion. The report says that the inhuman or inhumane acts committed by Israel “amount to the crime against humanity of apartheid under both the Apartheid Convention and the Rome Statute.”

According to the Cornell Law school Legal Information Institute (LII):

As codified in Article 7 of the ICC Statute, the following acts are punishable as crimes against humanity when perpetrated by a state actor as part of a systematic or widespread attack against a civilian population:

The Amnesty report states clearly that Israeli apartheid falls under this category and provides data to show that these crimes were perpetrated with intent.

The reality that this report has brought forward opens doors to a much more aggressive anti-apartheid campaign than we have seen so far. When Zionist organizations hold events, they do so in support of Israel; they encourage others to support Israel financially and politically. These organizations need to reserve conventions centers and hotels, the corporate offices of which should have copies of the Amnesty report on their desks alongside a demand that they refuse to cater to Zionist organizations.

According to the International Convention on the Suppression and Punishment of the Crime of Apartheid, “[i]nternational criminal responsibility is to apply to individuals, members of organizations and representatives of the State who commit, incite or conspire to commit the crime of apartheid.”

Furthermore, according to Article III of the Convention:

International criminal responsibility shall apply, irrespective of the motive involved, to individuals, members of organizations and institutions and representatives of the State, whether residing in the territory of the State in which the acts are perpetrated or in some other State, whenever they:

(a) Commit, participate in, directly incite or conspire in the commission of the acts mentioned in Article II of the present Convention;

(b) Directly abet, encourage or co-operate in the commission of the crime of apartheid.

Article III (a) and (b) both apply both to the Zionist organizations that lobby and promote Israel in the United States. The corporations that provide services to these organizations need to know that they are providing services to criminal elements and that this will be used against them in campaigns that demand accountability.

Each year in cities across the United States, Zionist pro-Israel organizations like AIPAC, J-Street, the ADL – and the largest Zionist organization of them all, Christians United for Israel, or CUFI – hold their multi-million dollar events. These events require an enormous amount of planning and logistics, including a major convention center, hotel rooms, catering, transportation, and more products and services.

These conferences provide millions of dollars of revenue to the cities and to the establishments that host them. While the money these organizations provide is a strong incentive for businesses that cater to them to look the other way, the companies and corporations that provide the services to Zionist organizations need to understand that they are playing with fire.

Hosting racist, violent organizations that perpetuate hate may be protected by the right to make a profit, but now we are talking about serving organizations that are perpetrating crimes against humanity. CEOs and members of the boards of Hilton, Marriott, and other major hotel chains, as well as the cities that rent out the convention centers, must know that catering to pro-Israeli groups is no longer acceptable. The recommendations of the Amnesty report make it clear that supporting Israel in any way constitutes collaboration with a crime against humanity and that anyone who does this will be outed and held responsible.

In September of 2020, Palestinian leader and resistance commander Leila Khaled was scheduled to participate in a panel hosted by San Francisco State University. The event was to take place via Zoom but, bowing to pressure by Zionist groups, Zoom canceled the event. The event was then shared live via Facebook and YouTube, both of which later deleted video of the event.

The reason given for the cancellation by Zoom was that Khaled belongs to the PFLP, an organization listed by the United Stated as a terrorist organization. However, since Israel has been committing crimes against humanity by imposing an apartheid regime on the Palestinian people, Palestinians who resist cannot be considered terrorists, but freedom fighters. What people would not stand up and fight a racist, violent regime that is imposed upon them? Americans certainly hold dear the line “Live Free or Die,” and so do Palestinians.

The data and the detailed investigations that brought about the Amnesty report must also be used to free Palestinians that resist apartheid from the weight of the “terrorist” designation and open the doors to allow them to participate freely in the discussion on how to bring an end to the apartheid regime.

The endless possibilities created by the Amnesty report can bring about change in Palestine for the better. However, things will not change unless people who care for justice and freedom take this report and use it wisely.

Feature photo | A journalist holds a copy of Amnesty International’s report “Israel’s Apartheid Against Palestinians,” at a press conference on the release of the 278-page report compiled over a period of four years, in Jerusalem, Feb. 1, 2022. Maya Alleruzzo | AP