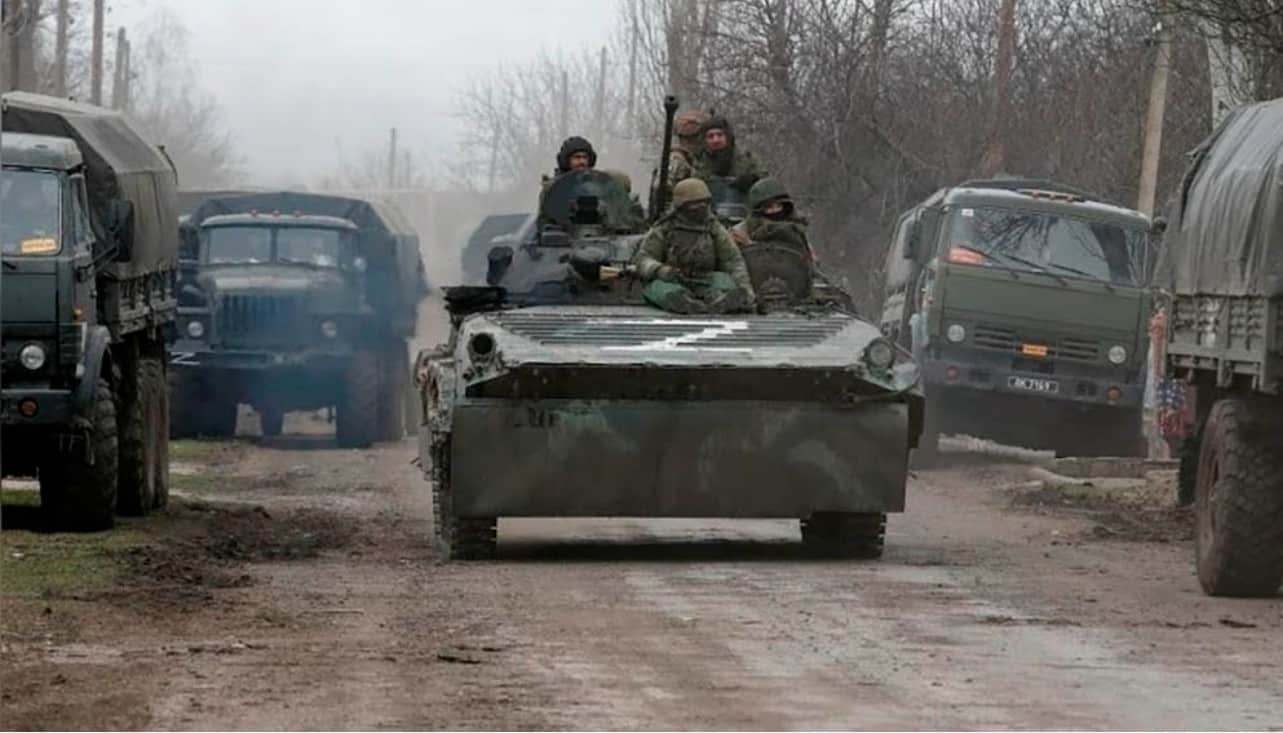 On March 13, there were several important military events on the Ukrainian front lines which marked important successes of Russian forces.

There was a pinpoint strike with precision weapons on the training centers of the Armed Forces of Ukraine in the village of Starichi and at the Yavorovsky military training ground in the Lviv region. 180 servicemen, including foreign ‘volunteers’ were reportedly killed. The reports are yet to be confirmed. Anyway, the strike was a clear signal to the foreign mercenaries in Ukraine.

On March 13, the LPR forces have finally claimed control over the town of Popasnaya after several days of fierce clashes in the area.  They achieved to secure the outskirts from the southern and northern directions. Clashes continue on the western outskirts. This is an important step towards the town of Soledar which is located on the road leading to the city of Severodonetsk.

#Volnovakha in eastern #Ukraine in ruins after heavy fighting
It's said this small city is now under control of #Donetsk army. pic.twitter.com/sJcQaYb9V5

Fighting continues in the area of the Severodonetsk agglomeration. The main battlefield now is the village of Rubezhnoye located on the north-western outskirts of the city. The UAF deployed in Severodonetsk and Lisichansk risk to be cut off in the coming days and the cities may be blockaded in less then a week.

Today, to the sound of cannonade shelling of peaceful cities, the @patrolpoliceua helped evacuate more than a thousand people from Severodonetsk, Lysychansk and Rubezhnoye.

People who have been forced to hide in basements and shelters in recent weeks in the absence of light, … pic.twitter.com/NCns2blLSH

The Ukrainian ATGM “Stugna-P” hit armored vehicles of the Armed Forces of the Russian Federation:

Attempts of DPR forces to offense in the areas of Marinka, Pisky and Avdiivka were reported. However, no advance has been confirmed so far.

Advance of Russian forces and their allies was reported on the southern Donbass front lines. DPR forces are coming closer to Donetsk from the southern direction, expending their zone of control along the Velika Novosilka – Novotroitske road.

These advances also destroy hopes of fighters of the Ukrainian nationalist battalions blockaded in Mariupol, who asked the UAF to counter Russian grouping from the north of the city.

Meanwhile, Russian and DPR units do not stop the mop up operations in Mariupol, where they are coming closer to the city center. Ukrainian nationalists in the city are already suffering from the lack of sources, thus, according to some estimations, the city may be moped up in about a week.

On March 13, the joint forces of the Russian Federation, the DPR and the LPR have almost blockaded the entire Ordzhonikidze district in the city.

In the north-eastern part of the Donbass front, Russian forces are yet to pass through the town of Izyum. Clashes continue in the southern districts od the town for several days in a row. The Russian Army is forcing the Seversky Donets river west of Izyum and fighting continues in the Barvenkovo area.

In the Donbass region, explosions were reported in Slavyansk, Kramatorsk, Ugledar, Avdiivka. In response, the UAF continue shelling the residential areas in the city of Donetsk and nearby areas.

Another Tochka-U ballistic missile of the Ukrainian Armed Forces was intercepted near Donetsk.

In the Kiev region, fighting continues in the Irpen area in the northwest. Russian forces are reportedly advanced in the town. In the eastern direction, it was previously reported that the Kiev – Kharkiv highway was under control of Russian forces. Clashes continue near Brovary. No advances by any side were reported.

In the south-western regions, the situation also remains almost unchanged. Russian forces are strengthening their positions along the Krivoy Rog—Nikopol highway. The city of Mykolaiv is partially blockaded, but no offensive was carried out in the city. Clashes continue in the Voznesensk area.