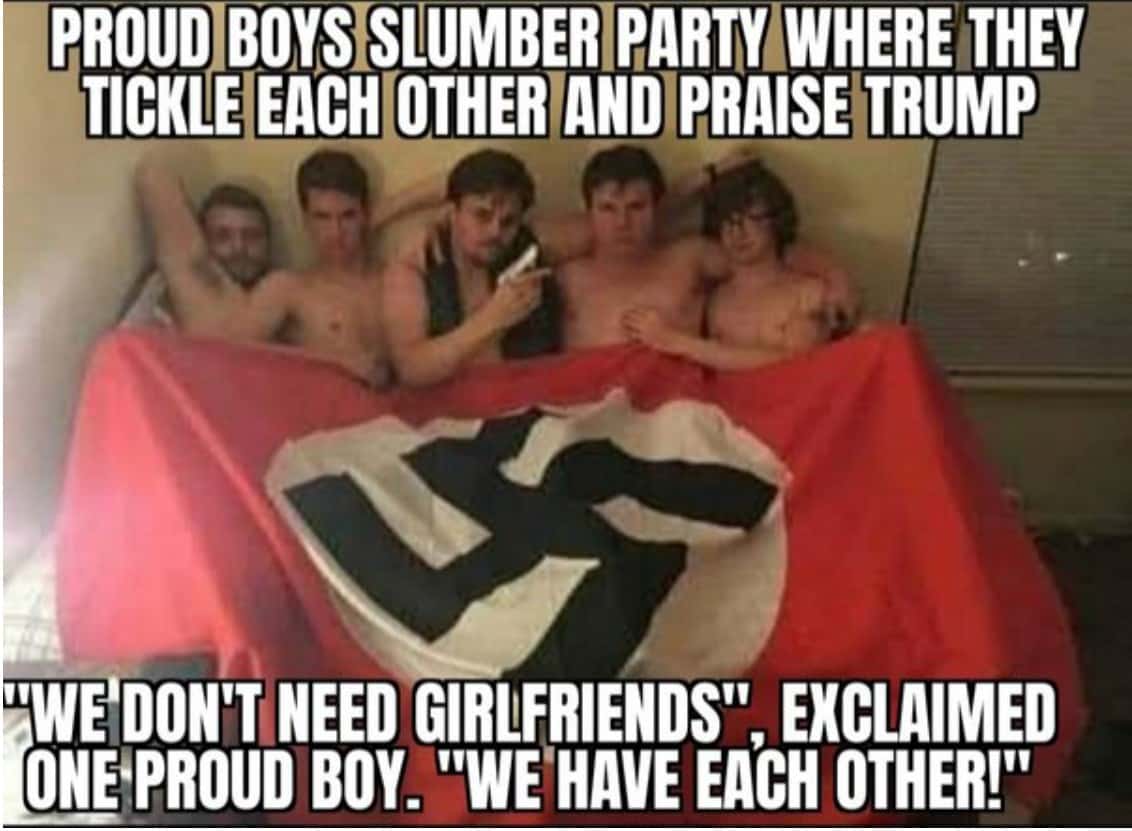 Trump’s prison gang would take the Supreme Court, congressional offices and, of course, they already had the Pentagon…didn’t they?

DB: Enrique Tarrio, the former head of the Proud Boys charged with conspiracy in connection with the Jan. 6 riot at the U.S. Capitol, was reportedly caught with a memo detailing a plan to take over several government buildings that day. The New York Times reports the memo, dubbed “1776 Returns,” laid out a plan to surveil and seize seven buildings in total, but not the Capitol building.

The targets reportedly included the Supreme Court along with six House and Senate office buildings. The nine-page memo is said to have called for recruiting 50 people to seize each government building, encouraging them to appear “unsuspecting” at first before “causing trouble” to divert the attention of security guards so that others can occupy the facilities.

Sources cited by the Times said it was not clear who authored the memo, but that it appeared to have been provided to Tarrio by a girlfriend. Tarrio, who was arrested last week for allegedly plotting along with several other Proud Boys to take part in the insurrection, has not been accused of actually using the document for actions carried out that day. And from Rolling Stone:

A documentary film crew attended an illicit, parking-garage meetup between the Proud Boys and the Oath Keepers in downtown Washington, D.C., on Jan. 5, 2021, according to a memo filed by prosecutors seeking to keep Enrique Tarrio locked up pending trial.

Tarrio was the National Chairman of the Proud Boys during the events of Jan. 6, 2021. The Proud Boys are a violent “Western chauvinist” organization designated by the Southern Poverty Law Center as a hate group. Tarrio faces federal conspiracy charges for attempting to obstruct Congress’ certification of Joe Biden’s Electoral College victory over Donald Trump.

On Monday, federal prosecutors filed a memo arguing that Tarrio should be denied bail because he poses a “danger to the community” and also presents “a serious risk of flight and of obstructing justice.”

The 21-page memo lays out a detailed recap of the evidence against Tarrio, who is alleged to have organized and directed an undercover Proud Boys subgroup called the Ministry of Self Defense, or MOSD, whose members went on to storm the Capitol on Jan. 6, 2021.

Read the full memo arguing for Tarrio’s detention below.

View this document on Scribd
ATTENTION READERS
Due to the nature of independent content, VT cannot guarantee content validity.
We ask you to Read Our Content Policy so a clear comprehension of VT's independent non-censored media is understood and given its proper place in the world of news, opinion and media.