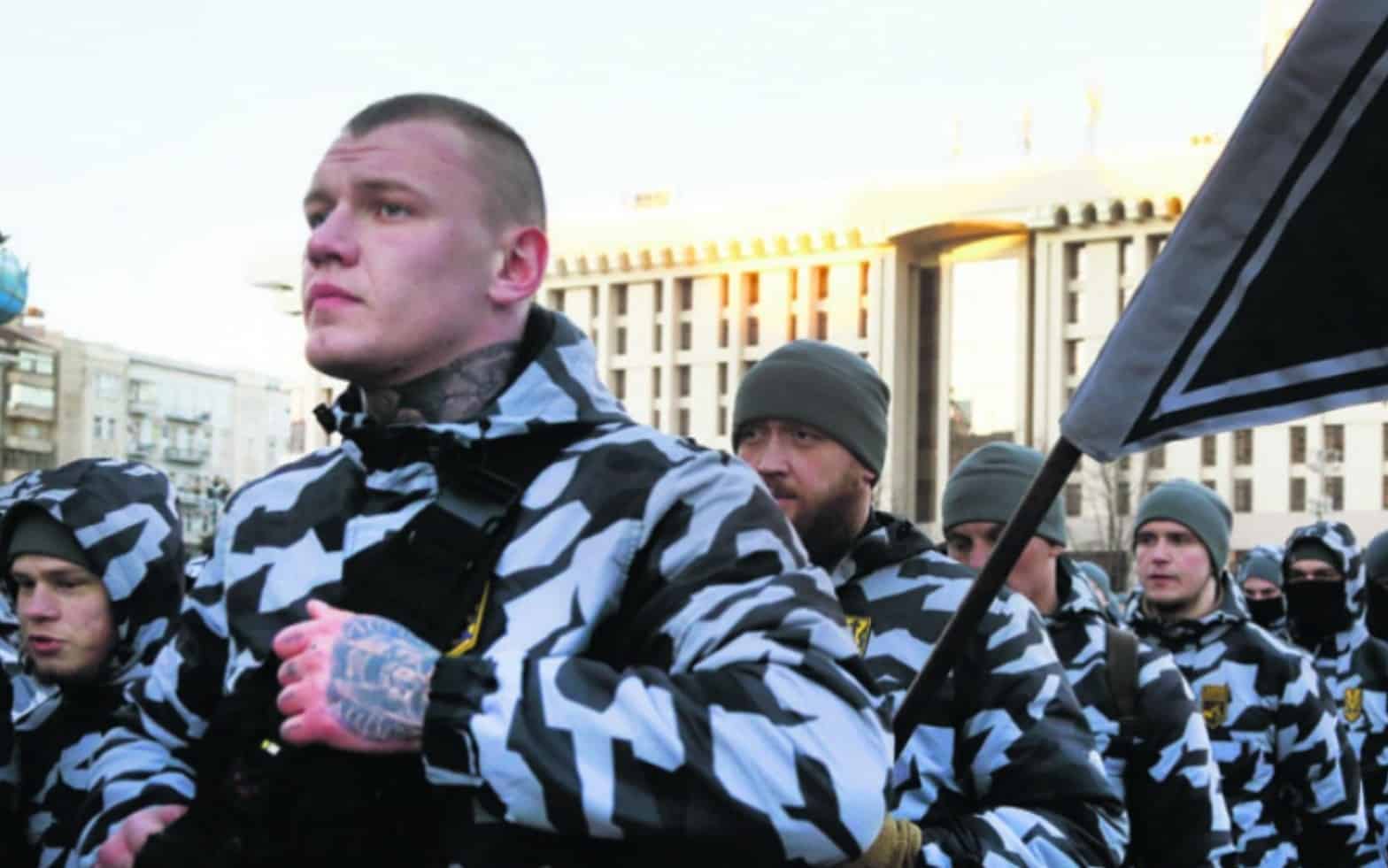 Morning Star: CONCERNS have been raised after what appeared to be British-made weapons were seen in the hands of a Ukrainian fascist militia in the besieged city of Kharkiv.

The anti-tank missiles were seen in images posted online by the Poland-based Nexta TV media outlet with the military hardware paraded by members of the neonazi Azov Battalion.

Nexta is a channel set up by Belarusian exiles opposed to the Alexander Lukashenko government.

“A shipment of Next Generation Light Anti-tank Weapon (NLAW) grenade launchers and instructors from Nato countries arrived in Kharkiv.

“The Azov regiment was the first to learn about new weaponry,” the accompanying caption stated.

According to investigative website Declassified UK, the missiles seen could have been made in Belfast and are highly likely to have been supplied by Britain.

“The only other donor of the equipment to Ukraine is believed to be Luxembourg, which recently sent 100,” it said.

Britain’s Defence Ministry has delivered some 3,6915 NLAWs to Ukraine according to Declassified UK, but Parliament has been told that the arms are not destined for the Azov Battalion.

Another ultra-nationalist group, the Right Sector, has posted photographs of its soldiers posing with British-made weapons.

In October last year the Institute for European, Russian, and Eurasian Studies at George Washington University found that Western powers had been training fascist militia groups in Ukraine.

Its report revealed that Britain, the US and France had helped train Centuria, a far-right organisation which aims to reshape Ukraine’s military to align with its ideology.

Many of its leading members are linked to the Azov Battalion. One of the leaders of Centuria wrote in 2016 that Jews were “the destruction of humanity” and shared a post saying that Jews had tried to “exclude Ukraine from world history and the map of the world.”