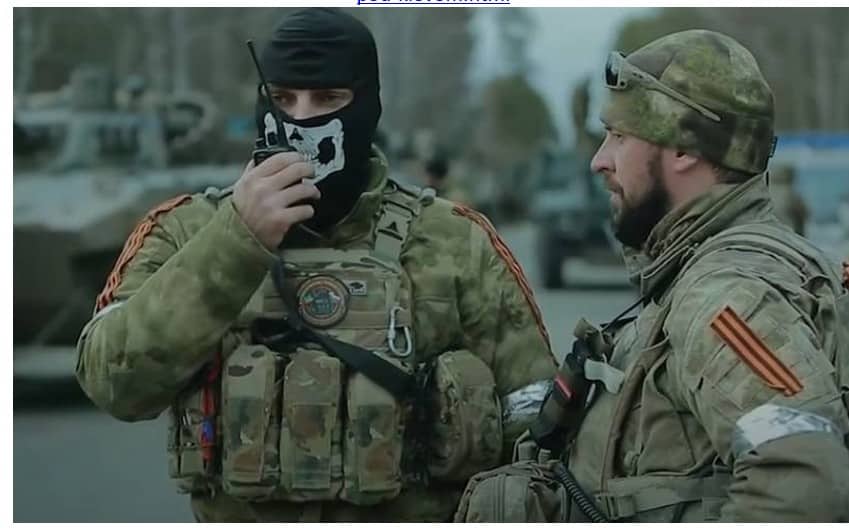 Sourced from Russian Based Publisher

topwar.ru – Soldiers of a special forces unit of the Russian Armed Forces liquidated two high-ranking officers of the Main Intelligence Directorate of the Ministry of Defense of Ukraine near Kiev. As reported, it happened in the Borodyansky district of the Kiev region.

Initially, information about the liquidation of officers of the Main Intelligence Directorate of the Ministry of Defense of Ukraine, Colonel Oleg Akhmedov and Captain 1st Rank Dmitry Saychuk (according to cover documents Dmitry Sokol) was published in social networks after yesterday’s publication on the blog of military commander Yevgeny Poddubny. Later, it was confirmed by a source in the Russian law enforcement agencies.

According to available information, Ukrainian officers tried to drive through the checkpoint, posing as Russian military but were exposed. Trying to escape, they opened fire, but were eliminated. In the car they were traveling in, American C4 explosives and fuses were found. According to available information, Akhmedov recently served as head of the department for the use of special operations forces of the Special Reserve of the Main Intelligence Directorate in Kyiv.

Akhmedov, who was closely involved in Crimea and recruited agents and saboteurs there, was arrested in absentia by the Lefortovsky District Court of Moscow in 2021 and put on the international wanted list. Now, in connection with his liquidation, the search will be terminated.