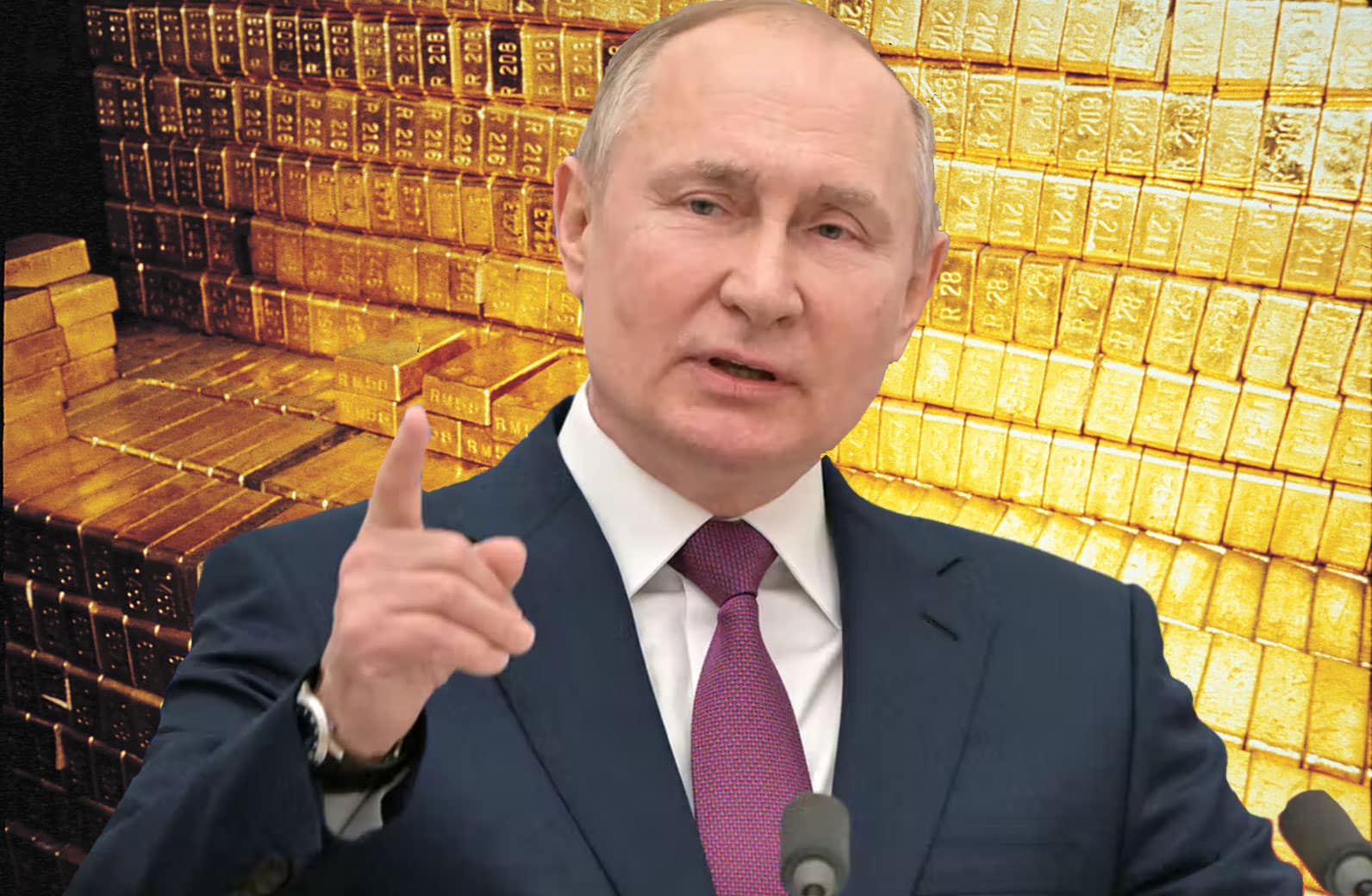 TheCradle.co – It was a long time coming, but finally some key lineaments of the multipolar world’s new foundations are being revealed.

On Friday, after a videoconference meeting, the Eurasian Economic Union (EAEU) and China agreed to design the mechanism for an independent international monetary and financial system. The EAEU consists of Russia, Kazakhstan, Kyrgyzstan, Belarus and Armenia, is establishing free trade deals with other Eurasian nations, and is progressively interconnecting with the Chinese Belt and Road Initiative (BRI).

For all practical purposes, the idea comes from Sergei Glazyev, Russia’s foremost independent economist, a former adviser to President Vladimir Putin, and the Minister for Integration and Macroeconomics of the Eurasia Economic Commission, the regulatory body of the EAEU.

Glazyev’s central role in devising the new Russian and Eurasian economic/financial strategy has been examined here. He saw the western financial squeeze on Moscow coming light-years before others.

Quite diplomatically, Glazyev attributed the fruition of the idea to “the common challenges and risks associated with the global economic slowdown and restrictive measures against the EAEU states and China.”

Translation: as China is as much a Eurasian power as Russia, they need to coordinate their strategies to bypass the US unipolar system.

The Eurasian system will be based on “a new international currency,” most probably with the yuan as a reference, calculated as an index of the national currencies of the participating countries, as well as commodity prices. The first draft will be already discussed by the end of the month.

The Eurasian system is bound to become a serious alternative to the US dollar, as the EAEU may attract not only nations that have joined BRI (Kazakhstan, for instance, is a member of both) but also the leading players in the Shanghai Cooperation Organization (SCO) as well as ASEAN. West Asian actors – Iran, Iraq, Syria, Lebanon – will be inevitably interested.

In the medium to long term, the spread of the new system will translate into the weakening of the Bretton Woods system, which even serious US market players/strategists admit is rotten from the inside. The US dollar and imperial hegemony are facing stormy seas.

Show me that frozen gold

Meanwhile, Russia has a serious problem to tackle. This past weekend, Finance Minister Anton Siluanov confirmed that half of Russia’s gold and foreign reserves have been frozen by unilateral sanctions. It boggles the mind that Russian financial experts have placed a great deal of the nation’s wealth where it can be easily accessed – and even confiscated – by the “Empire of Lies” (copyright Putin).

At first it was not exactly clear what Siluanov had meant. How could the Central Bank’s Elvira Nabiulina and her team let half of the foreign reserves and even gold be stored in Western banks and/or vaults? Or is this some sneaky diversionist tactic by Siluanov?

No one is better equipped to answer these questions than the inestimable Michael Hudson, author of the recently revised edition of Super Imperialism: The Economic Strategy of the American Empire.

Essentially, it’s all still up in the air: “My first reading assumed that Russia must be doing something smart. If it was smart to move gold abroad, perhaps it was doing what other central banks do: ‘lend” it to speculators, for an interest payment or fee. Until Russia tells the world where its gold was put, and why, we can’t fathom it. Was it in the Bank of England – even after England confiscated Venezuela’s gold? Was it in the New York Fed – even after the Fed confiscated Afghanistan’s reserves?”

So far, there has been no extra clarification either from Siluanov or Nabiulina. Scenarios swirl about a string of deportations to northern  Siberia for national treason. Hudson adds important elements to the puzzle:

“If [the reserves] are frozen, why is Russia paying interest on its foreign debt falling due? It can direct the “freezer’ to pay, to shift the blame for default. It can talk about Chase Manhattan’s freezing of Iran’s bank account from which Iran sought to pay interest on its dollar-denominated debt. It can insist that any payments by NATO countries be settled in advance by physical gold. Or it can land paratroopers on the Bank of England, and recover gold – sort of like Goldfinger at Fort Knox. What is important is for Russia to explain what happened and how it was attacked, as a warning to other countries.”

As a clincher, Hudson could not but wink at Glazyev: “Maybe Russia should appoint a non-pro-westerner at the Central Bank.”

It’s tempting to read into Russian Foreign Minister Sergey Lavrov’s words at the diplomatic summit in Antalya last Thursday a veiled admission that Moscow may not have been totally prepared for the heavy financial artillery deployed by the Americans:

“We will solve the problem – and the solution will be to no longer depend on our western partners, be it governments or companies that are acting as tools of western political aggression against Russia instead of pursuing the interests of their businesses. We will make sure that we never again find ourselves in a similar situation and that neither some Uncle Sam nor anybody else can make decisions aimed at destroying our economy. We will find a way to eliminate this dependence. We should have done it long ago.”

So, “long ago” starts now. And one of its planks will be the Eurasian financial system. Meanwhile, “the market” (as in, the American speculative casino) has “judged” (according to its self-made oracles) that Russian gold reserves – the ones that stayed in Russia – cannot support the ruble.

That’s not the issue – on several levels. The self-made oracles, brainwashed for decades, believe that the Hegemon dictates what “the market” does. That’s mere propaganda. The crucial fact is that in the new, emerging paradigm, NATO nations amount to at best 15 percent of the world’s population. Russia won’t be forced to practice autarky because it does not need to: most of the world – as we’ve seen represented in the hefty non-sanctioning nation list – is ready to do business with Moscow.

Iran has shown how to do it. Persian Gulf traders confirmed to The Cradle that Iran is selling no less than 3 million barrels of oil a day even now, with no signed JCPOA (Joint Comprehensive Plan of Action agreement, currently under negotiation in Vienna). Oil is relabeled, smuggled, and transferred from tankers in the dead of night.

Another example: the Indian Oil Corporation (IOC), a huge refiner, just bought 3 million barrels of Russian Urals from trader Vitol for delivery in May. There are no sanctions on Russian oil – at least not yet.

Washington’s reductionist, Mackinderesque plan is to manipulate Ukraine as a disposable pawn to go scorched-earth on Russia and then hit China. Essentially, divide-and-rule to smash not only one but two peer competitors in Eurasia who are advancing in lockstep as comprehensive strategic partners.

All the blather about “crashing Russian markets,” ending foreign investment, destroying the ruble, a “full trade embargo,” expelling Russia from “the community of nations,” and so forth –that’s for the zombified galleries. Iran has been dealing with the same thing for four decades and survived.

Historical poetic justice, as Lavrov intimated, now happens to rule that Russia and Iran are about to sign a very important agreement, which may likely be an equivalent of the IranChina strategic partnership. The three main nodes of Eurasia integration are perfecting their interaction on the go, and sooner rather than later, maybe utilizing a new, independent monetary and financial system.

But there’s more poetic justice on the way, revolving around the ultimate game-changer. And it came much sooner than we all thought.

Saudi Arabia is considering accepting Chinese yuan – and not US dollars – for selling oil to China. Translation: Beijing told Riyadh this is the new groove. The end of the petrodollar is at hand – and that is the certified nail in the coffin of the indispensable Hegemon.

Meanwhile, there’s a mystery to be solved: where is that frozen Russian gold?

SOURCETheCradle.co
ATTENTION READERS
Due to the nature of independent content, VT cannot guarantee content validity.
We ask you to Read Our Content Policy so a clear comprehension of VT's independent non-censored media is understood and given its proper place in the world of news, opinion and media.