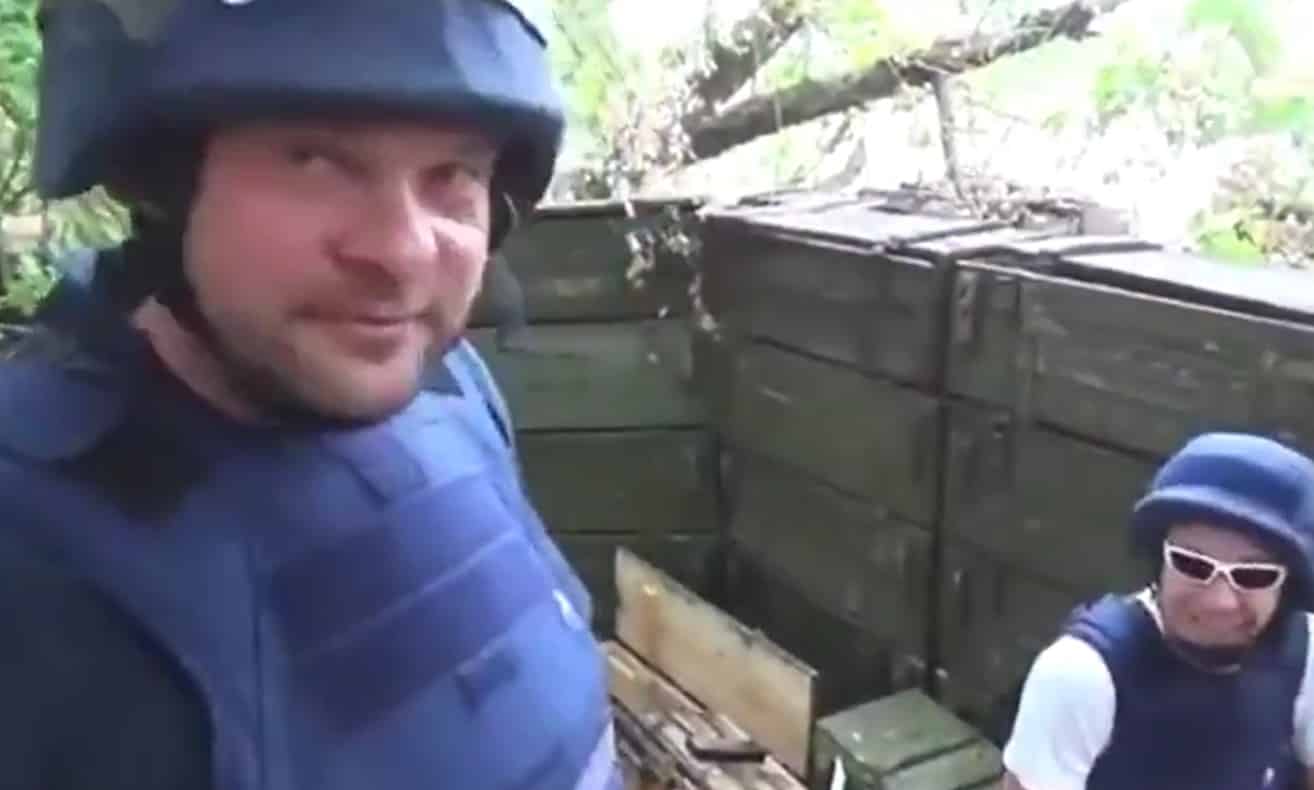 Since mid-July 2014, our war correspondent team is still on site in the southeast of Ukraine – in the Donbass. We shot countless videos and scored over a thousand photos. The team of “Keep a close eye on by Mark Bartalmai” was the ONLY western and German team of journalists with the highest level of accreditation and therefore had access to many critical points in this civil war. Our materials are now being used in a documentary.

We made this documentary film from over 3 terabytes of video that were filmed in several months on site.

It shows the different areas of the war in recounting episodes and individual stories – of civilians, soldiers and journalists. The focus is on the personal perspectives of each of the actors, supported by the recorded material, during and after the bombing of cities, battles and on people’s lives under war conditions in the middle of Europe.

The documentary is not an action movie. Rather, it lives from spoken word, by the voices of the people of the interviews and their impressions. Accompanied by sequences of events, it draws a picture of the personal feelings of the participants – whether civilians, soldiers and journalists.

“Ukrainian Agony” is a silent film about the immense volume and violence of war. The propaganda has reached a new level of “quality”. Disinformation, concealment, half-truths up to outright lies are the “weapons” of certain Western media in this war – in an unprecedented degree.

This film is based on the personal experiences of a German war reporter and reflects his view of the events.

Most of the material for this documentary narrative was shot on location since July 2014. Mark Bortolmoi lived in Donetsk and its surroundings for 9 months.
4 September 2014

Massive protests began in Kiev in the fall of 2013 as the government announced it would not sign the Association Agreement with the European Union.
The protests turned out to be a planned coup against the legitimately elected government.

A bloody transfer of power fueled by the U.S. government and the West.

Immediately after the “revolution,” Kiev sent agents to all parts of the country to prevent the burgeoning protests against the “new leadership” at all costs.
The slogan of these so-called “friendship trains” in Crimea was: “Crimea belongs to Ukraine … or Crimea will be depopulated!”

Even before the Ukrainian army was deployed, radical forces of the “Maidan movement” in the Donbass tried to force obedience from the “Russian dogs in the east.”
People disappeared without a trace. Threats, assaults and violence increased.

Presidential candidates were publicly beaten and forced to surrender.

The East would have no voice.

But the Southeast remembered well the “Orange Revolution” in 2004.