[ Editor’s Note: When we first published this Donetsk capital cluster bomb missile strike, I was suspicious then that someone in the missile command had lost a relative somewhere and wanted to hit back.

I would have lost a bet that the top commander made the call, and was not known to Mr.  Zelensky who was busy chasing Western support to save his bacon. So General Pavlyuk got his butt fried which is still a better deal that the Donetsk pensioners getting blown up while shopping, bleeding out on the streets.

The video of the pool of blood on the street at the bottom of the steps of one of the buses is going to stay with me for a while.

Stories are coming out now of what might become a trend, where retreating Ukies from these villages and towns are blowing up the electric, gas, and water utilities in spite as they retreat.

The Volnovakha remaining hospital staff had wisely retreated to the basement when the tank shells came in above them from the withdrawing Ukies saying goodbye. A baby was being born at the time. Thus went another day of Ukraine devouring itself… Jim W. Dean ] 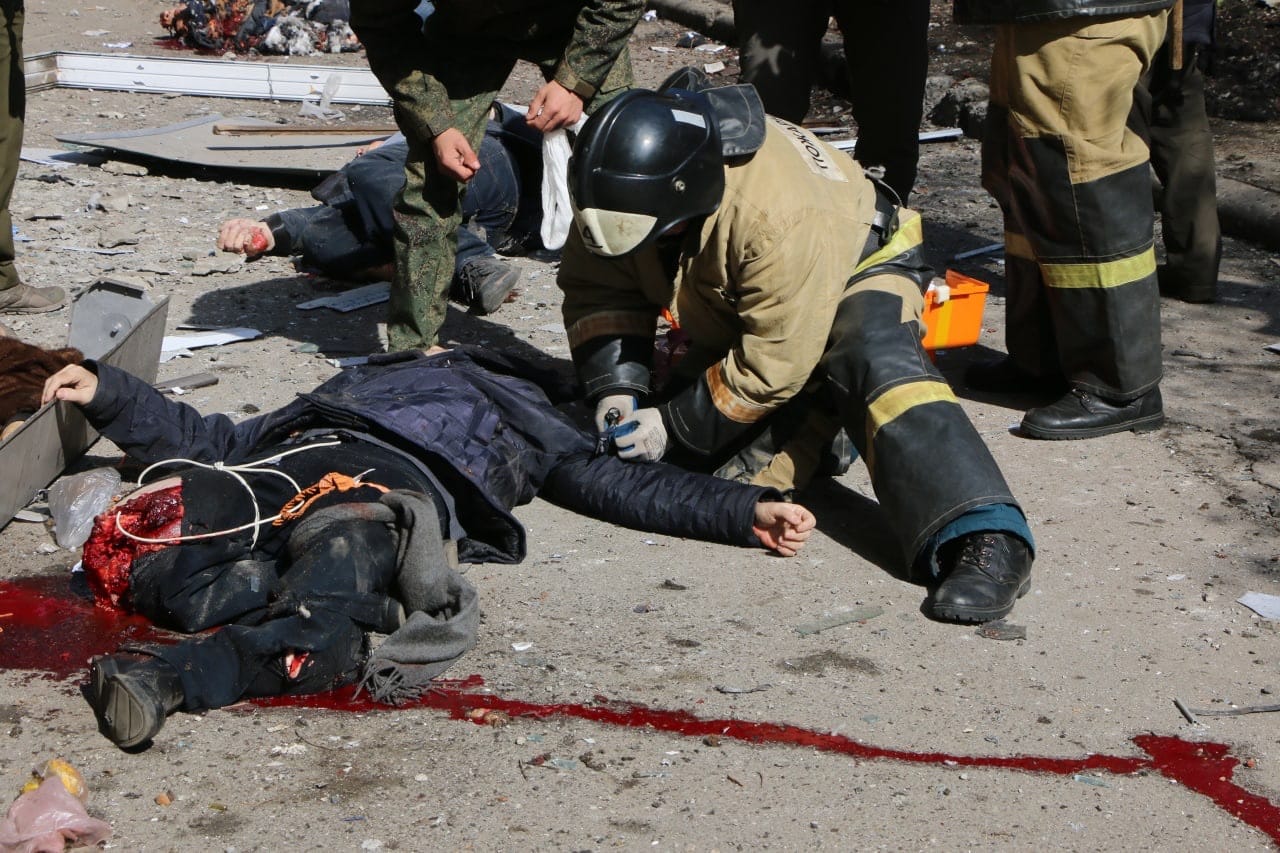 On 15 March, there were serious staff reshuffles in the command of Ukraine’s Joint Forces Operation (JFO). Due to the defeat of the Ukrainian Armed Forces in Donbas, Zelenskyy dismissed commander Pavlyuk and appointed his deputy, General Moskalyov, to this post.

It can be assumed that the Ukrainian leadership lost confidence in him due to General Pavlyuk’s complete inability to manage the AFU defense, as well as the loss of Volnovakha and the blockade of Ukrainian troops in Mariupol.

However, the decisive factor for Pavlyuk’s removal was his unauthorized use of a commander Pavlyuk system with a cluster-type warhead on the city center of Donetsk, which killed 21 civilians and wounded 37.

This was a strong rehearsal for Ukraine’s political leadership, which was particularly sensitive against the backdrop of Kiev’s increasing need for external financial and military assistance from the West.