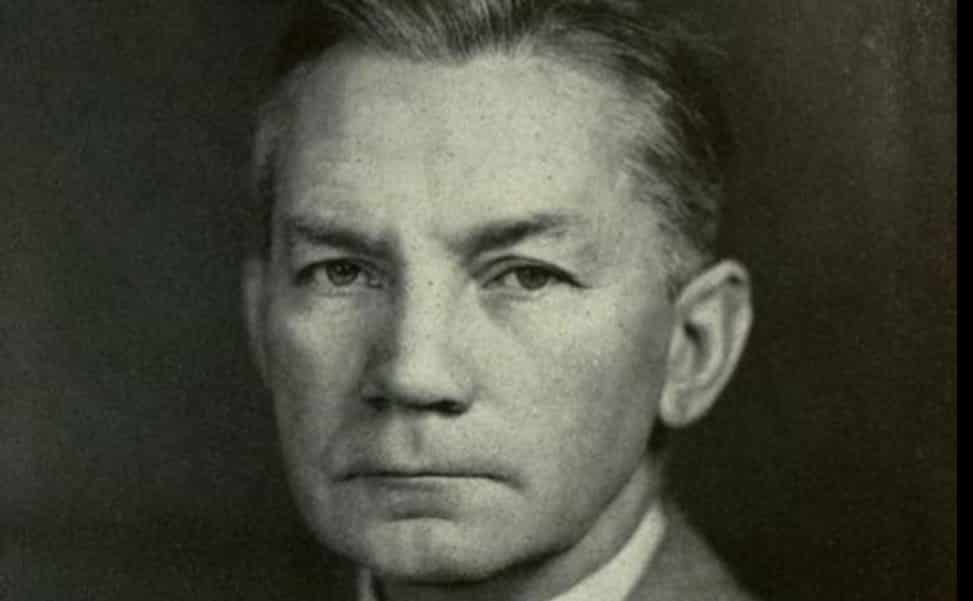 Back to the end of 1940S, right to WWII post-war years James Vincent Forrestal (February 15, 1892 – May 22, 1949) a former  Wall Street bond salesman, at the beginning of the war was appointed by President Franklyn Delano Roosevelt on June 22, 1940, as a special administrative assistant. Six weeks later, he nominated him for the newly established position, Undersecretary of the Navy was the last Cabinet-level United States Secretary of the Navy and the first United States Secretary of Defense.

Right after the war in 1945 Forrestal advocated “the menace of Russian Communism and its attraction for decimated, destabilized societies in Europe and Asia,” and, urged President Truman to take a hard line with the Soviets over Poland and other issues. In furtherance of the anti-Soviet position, he was the primary promoter of the famous “long telegram” by State Department official George Kennan. “[Averell] Harriman thought Forrestal’s reaction [to the Kennan document] was a ‘decisive’ catalyst in shaping American opinion on the issue.”

Forrestal also strongly influenced the new Wisconsin Senator, Joseph Mc Carthy, concerning the infiltration of the government by Communists. Upon McCarthy’s arrival in Washington in December 1946, Forrestal invited him to lunch. In McCarthy’s words, “Before meeting Jim Forrestal I thought we were losing to international Communism because of incompetence and stupidity on the part of our planners. I mentioned that to Forrestal. I shall forever remember his answer. He said, ‘McCarthy, consistency has never been a mark of stupidity. If they were merely stupid, they would occasionally make a mistake in our favor.’ This phrase struck me so forcefully that I have often used it since.”

President Eisenhower and former Supreme Allied Commander recorded he was in agreement with Forrestal’s theories on the dangers of Soviet and International communist expansion. Eisenhower recalled that Forrestal had been “the one man who, in the very midst of the war, always counseled caution and alertness in dealing with the Soviets.” During the war Eisenhower remembered on several occasions, while he was Supreme Allied Commander, he had been visited by Forrestal, who carefully explained his thesis that the Communists would never cease trying to destroy all representative government.

He was also the main developer of the National Security Act of 1947.

Forced into the neuropsychiatric ward of National Naval Medical Center, Bethesda,  due to serious mental disorders, after a 5 weeks of treatment based on strong psychotropic drugs on 22 May 1949 he committed suicide jumping down from the sixteenth floor of NNMC, believing he had seen Soviets entering through the window and yelling: The Russian Are Coming! The Russian Are Coming!

For all these reasons I think we can consider him as the sick but creative “inventor” and promoter of the Cold War centered on a Russophobic Red Scare. Based on his personal psychiatric problem, a fixation, a monomania.

During submergence, the individuals in the crowd lose their sense of individual self and personal responsibility. This was the effect of WWII discipline and propaganda, I personally assume. This is quite heavily induced by the anonymity of the crowd.

Contagion refers to the propensity for individuals in a crowd to unquestioningly follow the predominant ideas and emotions of the crowd. In Le Bon’s view, this effect is capable of spreading between “submerged” individuals much like a disease.

We must also grant Forrestal a particular skill to influence people with his fixation, charismatic leadership in it to infect them (contagion) with it

Then according to Le Bon comes the suggestion that refers to the period in which the ideas and emotions of the crowd are primarily drawn from a shared unconscious ideology. Crowd members become susceptible to any passing idea or emotion. This behavior comes from an archaic shared unconscious and is therefore uncivilized in nature. It is limited by the moral and cognitive abilities of the least capable members. Le Bon believed that crowds could be a powerful force only for destruction.

Of course, Forrestal’s creation, The Russophobic Cold War, has gone far beyond his earthly life in a self-powered process and today it seems to witness a sort of up-to-date 2022 remake of it.

Sorcerers apprentices are warned of the danger …for them too!