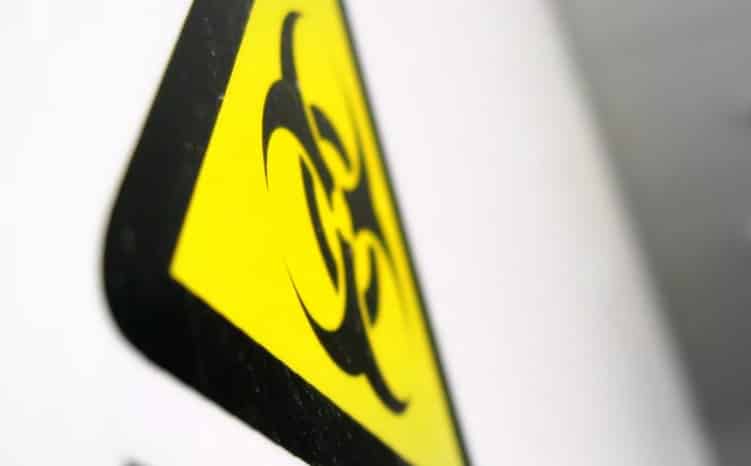 Sputnik: On Monday, the Russian ambassador to the United Nations Vassily Nebenzia cited a Russian military intelligence report that Ukrainian nationalist fighters transported 80 tonnes of ammonia to the settlement of Zolochev, Kharkov region. The envoy suggested these nationalist forces were preparing a provocation to accuse Russia of using chemical weapons.

The Russian Defence Ministry says it has information that Ukraine’s security service is planning a provocation involving the use of poisonous substances, and that Kiev has received support in these efforts from members of the UN Security Council.

“We have it on good authority that, with the support of Western countries, the Security Service of Ukraine is preparing a provocation using poisonous substances against civilians. The purpose of this action is to accuse Russia of using chemical weapons against the people of Ukraine,” MoD spokesman Igor Konashenkov said in a briefing Wednesday.

“I want to officially declare that the units of the Russian armed forces involved in the special operation do not have and cannot have chemical munitions,” Konashenkov stressed. Unlike the United States, Russia fulfilled its international obligations to completely destroy its stockpiles of chemical weapons a long time ago, he added.

What Russia Did With Its Soviet Chemical Weapons, and Where Else They Ended Up

The spokesman noted that Russian forces were taking control of dangerous facilities inside Ukraine to prevent provocations and ensure their protection.

Offering specific details, Konashenkov indicated that Russian forces had captured documentation belonging to the 4th Brigade of the Ukrainian National Guard, including a detailed map of the country featuring the locations of facilities storing poisonous substances.

“Therefore, any attempt by the Security Service of Ukraine to carry out a provocation using poisonous substances will inevitably be uncovered,” Konashenkov said.

The MoD spokesman also commented on the images coming out of the city of Chernigov, and media reports that Russian troops “shot and killed 10 people queuing for bread” in the city.

“I would like to emphasize that Russian forces were not and are not in Chernigov. All formations of the Russian armed forces are situated outside the city, blocking roads, and are not carrying out any offensive activities against the city. The footage put out by Ukrainian propagandists shows no evidence of exploded shells. All windows in nearby buildings are intact. No damage to walls or other evidence of explosions on the ground are present. Therefore, the dead are either victims of the terror of Ukrainian nationalists, or the footage is another fake by the Security Service of Ukraine,” Konashenkov said.

“We would like to point out that alongside Ukrainian internet resources, this material appeared on the social media resources of the US Embassy in Ukraine without any checks or evidence. At the same time, the Embassy itself is situated in Lvov, not Kiev, and ignores Russian forces’ delivery of hundreds of tonnes of humanitarian aid in those settlements freed of nationalist forces,” he added.

Konashenkov also reported on Russian forces’ operations for the day, saying precision strikes had wiped out communications, intelligence, and relay centers in Vinnytsia, Ukraine, and shot down a Ukrainian Mi-24 gunship and six drones near the settlement of Sarana.

Russian military aviation and drones also destroyed 34 military objects, including three command centers, according to the MoD spokesman. In total, Russia has destroyed 180 Ukrainian jets and helicopters, 166 drones, 1,367 tanks, and armored vehicles to date, he said.

Later Wednesday, the spokesman reported that “another bloody provocation” had been carried out by the Azov battalion in the besieged city of Mariupol, with the neo-Nazi fighting unit feared to have blown up the city’s famous drama theater building after rigging it with explosives.

Konashenkov said the MoD had been informed by refugees who managed to flee the city that Azov might hold civilians hostage in the theater building while using its upper floors as firing points.

“Given the potential danger to the lives of civilians, and the provocation already carried out by the nationalists on 9 March in Mariupol’s Hospital No.3, the theater building in the city center was never considered as a target,” Konashenkov stressed.

Furthermore, the officer said, Russian military aviation did not carry out any strikes against ground targets in Mariupol on the afternoon of 16 March.

Konashenkov dismissed claims made by Kiev officials that Russia deliberately bombed the theater.

Mariupol’s deputy mayor told the BBC that between 1,000 and 1,200 people were inside the drama theater at the time that it was destroyed. Ukrainian Foreign Minister Dmytro Kuleba accused Russia of responsibility and again called on the West to “stop Russian war criminals!'”