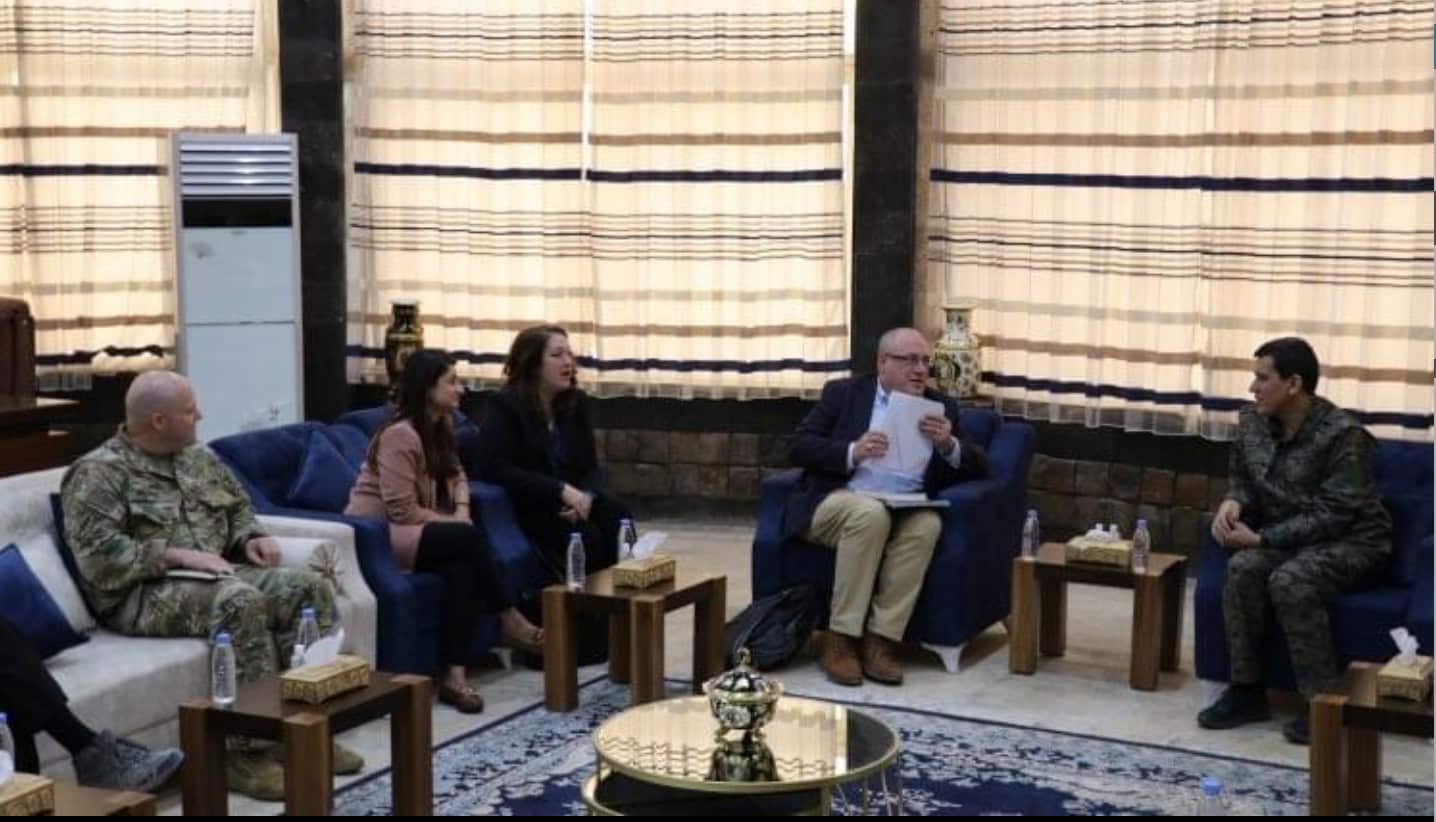 The Commander-in-Chief of the Syrian Democratic Forces, Mazloum Abdi, received a delegation that included Ethan Goldrich – Deputy Assistant Secretary of State, Jennifer Gavito – Deputy Assistant Secretary of State for Iraq, Zahra Bell – Director of the Syria and Iraq file in the National Security Council and Matthew Pearl – Representative of the US State Department In northern and eastern Syria, the continuation of the partnership between northern and eastern Syria and the international coalition led by the United States of America was emphasized.

The two sides exchanged views on the latest developments related to the campaign to combat the terrorist organization ISIS, especially after the events that took place in Al-Sina’a prison in the city of Al-Hasakah.

The delegation praised the great efforts and sacrifices made by the Syrian Democratic Forces, to regain control of the prison and prevent ISIS from carrying out its terrorist plan.

The attendees also stressed that ISIS still poses a threat to the entire region, and they discussed ways to enhance joint cooperation in various fields and at all levels, stressing the need to support development in north and east Syria, with the aim of stabilizing security and enhancing stability.

The delegation also stressed the importance of continuing the dialogue between the Kurdish parties in Syria.