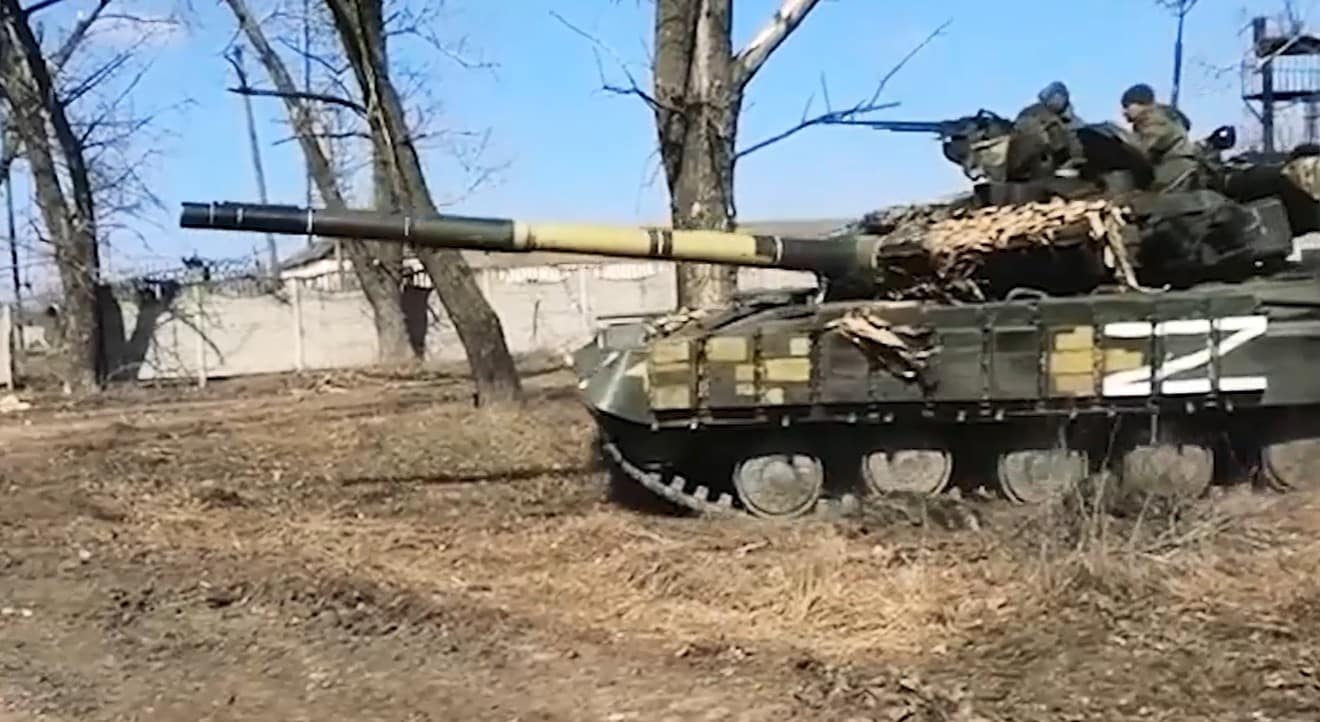 The last 24 hours was not marked by capturing of any major Ukrainian towns or cities by Russian, DPR and LPR forces. However, there were significant changes in the configuration of combat forces on the fronts. Russia was rotating units and bringing fresh assault units forward amid intense work of artillery and aviation.

At the same time, Kyiv continued to withdraw its units from the Donbass region towards Zaporizhya, Dnipro and Kiev, but stubbornly defending well-fortified positions in the region.

To the north-west of Kiev along the bank of Irpen River, the destruction of the Ukrainian armed forces’ stronghold continued by intensive artillery fire. Ukrainian positions in Moshchun, where there is a strong fortification prepared during World War 2, were targeted.

Significant units of the Russian Airborne Forces were located in the town of Bucha. Likely, these strike units were preparing to break into the city. Fighting also took place to the north-east and east of Brovary.

The Russian Orlan-10 UAV uncovered a concentration of Ukrainian combat equipment and a large number of military personnel at a railway station on the outskirts of Chernihiv. Artillery struck a missile and artillery weapons depot, destroying the facility and up to 20 pieces of weaponry and equipment.

In the Mykolayiv area, fighting was taking place to the north of the city. Russian forces had so far limited themselves to advancing towards Krivoy Rog and Nikopol after taking full control of Kherson Region.

Odessa was waiting for the Russian Black Sea Fleet to launch a landing operation. Therefore, a significant part of the remaining Kyiv forces there was in the Odessa area, although in theory they could help the blockaded Mykolaiv. In the night between March 15 and 16, reports appeared that ships of the Russian Black Sea Fleet launched an artillery and missile attack on the coastal zone near Tuzla.

Throughout the day, fighting continued around Kharkiv. The Russian army adopted the tactic of suppressing enemy resistance through massive artillery shelling and air strikes.

In the Izyum area, Russian forces were clearly pushing towards Slavyansk. The Slavyansk-Kramatorsk agglomeration itself was under attack, which augurs well for the imminent start of fighting for the city.

The assault on Mariupol continued. DPR units advanced in a number of areas amid the stubborn and organized resistance of Kyiv’s forces. The warring sides were fighting to total elimination and there was little or no reporting of captured. The 53rd mechanized brigade of the Ukrainian Armed Forces had been almost completely destroyed. There were reports that the Ukrainian General Staff was considering disbanding the brigade due to its massive losses.

The evacuation of civilians from Mariupol became possible after DPR units occupied peripheral areas around the city perimeter and took control of the exits. Many people leave the city at their own risk, choosing those roads inside the city where there are no Ukrainian soldiers. The Russian Defence Ministry reported that Ukrainian nationalists had mined all approaches to Mariupol, blowing up bridges, residential areas, kindergartens and schools, medical facilities and other civil infrastructure.

On March 15, people’s militia pushed back Kyiv’s forces by 8km near Horlivka in the north of the Donetsk People’s Republic. Near Verkhnetoretske, DPR forces managed to create a direct threat of blocking the road leading to Avdiivka, as well as opening the possibility of developing a further offensive towards Dzerzhinsk.

At the late evening, the Ukrainian armed forces launched another strike with a Tochka-U tactical missile, this time at the large settlement of Makiivka.

Fighting continued near Ugledar and towards Marinka-Kurakhovo. Kyiv’s forces were slowly retreating.

LPR troops was engaged in clashes in the western part of Popasna and also occupied at least half of Rubizhne. Clashes were also ongoing in the outskirts of Severodonetsk.

Amid the ongoing Russian operation in Ukraine, the Kyiv government and its supporters do not even try to hide their true colors. For example, an ordinary Ukrainian “journalist” being live on air, called for Russian children to be killed first and foremost, referring to statements by his idol, the Nazi criminal Adolf Eichmann. Because then, he said, the children wouldn’t grow up and take revenge. If we were called Nazis, we should not be ashamed of it.., he added.

These statements explain very well the behavior of fighters from nationalist units of the Ukrainian Armed Forces, which they have demonstrated throughout the 8 years of conflict in the Donbass. This behavior is supported, if not by statements but by actions, on the highest levels of the modern Ukrainian leadership.