[ Editor’s Note: When will people ever learn to not give money to these Johnny on the Spot grifters who jump on all these civil rights incidents to begin raising money that they get to control.

All that is needed is some legislation that outside accountants are required to handle all funds and approve expenditures, so these scam artists cannot pretend that they just won the lottery and the money is all theirs.

Volunteering to help people is nice, but there should be harsh penalties for those milking civil rights disturbances as an opportunity to exploit their people. Social media is a factor in this, as it takes no money to set up these funding pipelines.

The psychology is to get into the fundraising to first grab all the dough you can get, while the issue is big in the news. Let us know in the comments of any others you might know about, as there must be a lot more than these two… Jim W. Dean ] 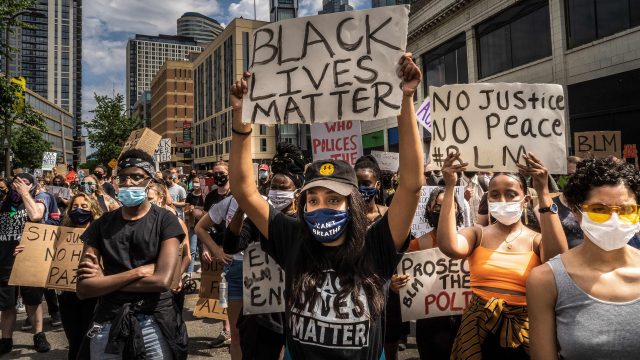 RT.com – Black Lives Matter Boston leader Monica Cannon-Grant and her husband Clark Grant have been arrested for allegedly defrauding donors to their nonprofit.

According to the 18-page federal indictment filed on Tuesday, the pair stole a “large sum” out of over $1 million in grants and donations to Violence in Boston.

…Cannon-Grant also lied to the IRS and state attorney general’s office, claiming she had received no salary from the nonprofit even as she was cashing into the tune of $2,788 per week starting in October 2020.

… Last march, a BLM activist in Georgia was indicted on four counts of fraud for allegedly ripping off hundreds of thousands of dollars from donors to his Black Lives Matter of Greater Atlanta Facebook page, even though he had officially left the group. Instead of turning over the cash to the organization, he used it to buy luxury goods and plane tickets.

Patrice Cullors, the “trained Marxist” who co-founded the Black Lives Matter Global Network Foundation, quit the group last May after it emerged that she had spent millions of dollars on real estate, even while she claimed never to have taken a salary.

Cullors insisted her resignation had nothing to do with the revelation of her deep pockets, claiming the “time was right” for her to focus on a book and TV deal.