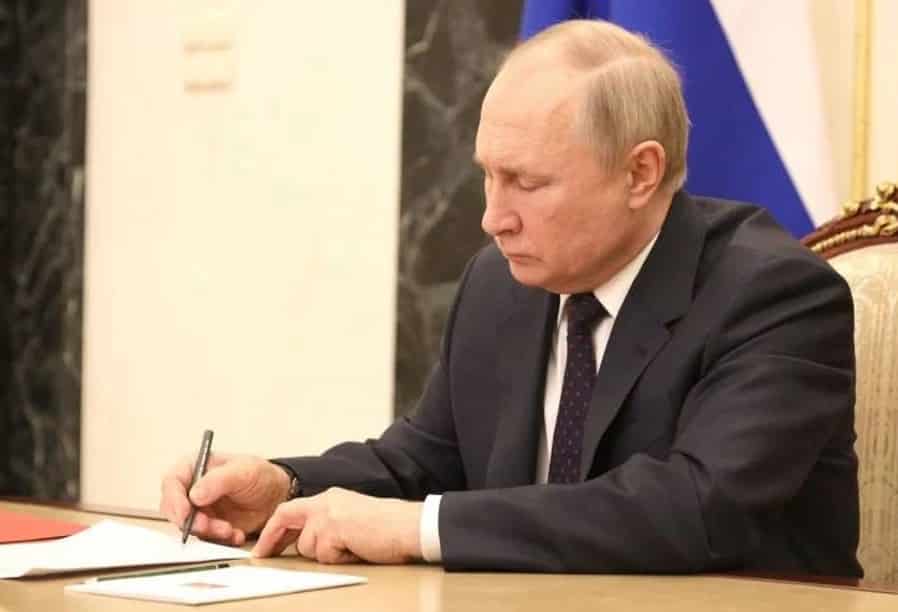 Putin made an important speech today which the Russian officials are in no hurry to translate.  So here is a machine translation from Boris Rozhin (aka Colonel Cassad): (only partial extracts from the full transcript, emphasis added by me, Andrei)

The operation of the Russian Armed Forces in Ukraine is developing successfully, strictly in accordance with plans.

The tactics of the Russian Defense Ministry in Ukraine have fully justified themselves, everything is being done to avoid civilian casualties. Before the operation began, Moscow offered Kiev to withdraw troops from Donbass, but they refused. All the tasks set will certainly be solved.

If Russian troops had stopped at the borders of the Luhansk and Donetsk People’s Republics, this would not have been the final solution, it would not have removed the threat to Russia.

Russia is not going to occupy Ukraine.

There was no task to storm major cities.

The strike on Donetsk on March 14 is a bloody terrorist attack.

Russia will not allow Ukraine to remain a springboard for anti-Russian actions.

The whole planet has to pay for the ambitions of the West, the myth of the “golden billion” is collapsing.

The West is trying to convince its citizens that their difficulties are the result of Russia’s actions, but this is a lie.

Sanctions against the Russian Federation are hitting the Europeans and Americans themselves, “it is not necessary to shift from a sick head to a healthy one.”

The US and the EU actually defaulted on their obligations to Russia, freezing its reserves – now everyone knows that the state’s reserves can simply be stolen.

Russia – unlike Western countries – will respect the right of ownership.

Arrests of foreign assets of the Russian Federation and business – a lesson for Russian entrepreneurs, there is nothing more reliable than investments at home

We now know who cowardly betrayed their partners and failed to fulfill their obligations to employees.

Trying to “cancel” Russia, the West has torn off all the masks of decency.

I am sure that after blocking the accounts of the Russian Federation in the West, many countries will convert their reserves into goods, which will increase the deficit.

It is obvious that the current events draw a line under the global dominance of Western countries both in politics and in the economy.

Moreover, they themselves question the economic model that has been imposed on developing countries in recent decades. Yes, in general, the whole world.

I emphasize that the sanctions obsession of the United States and its supporters is not shared by countries where more than half of the world’s population lives. It is these states that represent the fastest growing, most promising part of the global economy, including Russia.

The “empire of lies” of the West is powerless against truth and justice, Russia will continue to bring its position to the whole world

The West relies on the fifth column, national traitors, such mentally are there, in the West, and not in Russia. The West is trying to split our society, speculating on combat losses, on the consequences of sanctions.  The people will be able to distinguish patriots from scum and traitors and just spit them out like a fly that accidentally flew in. The natural self-purification of society will strengthen our country.