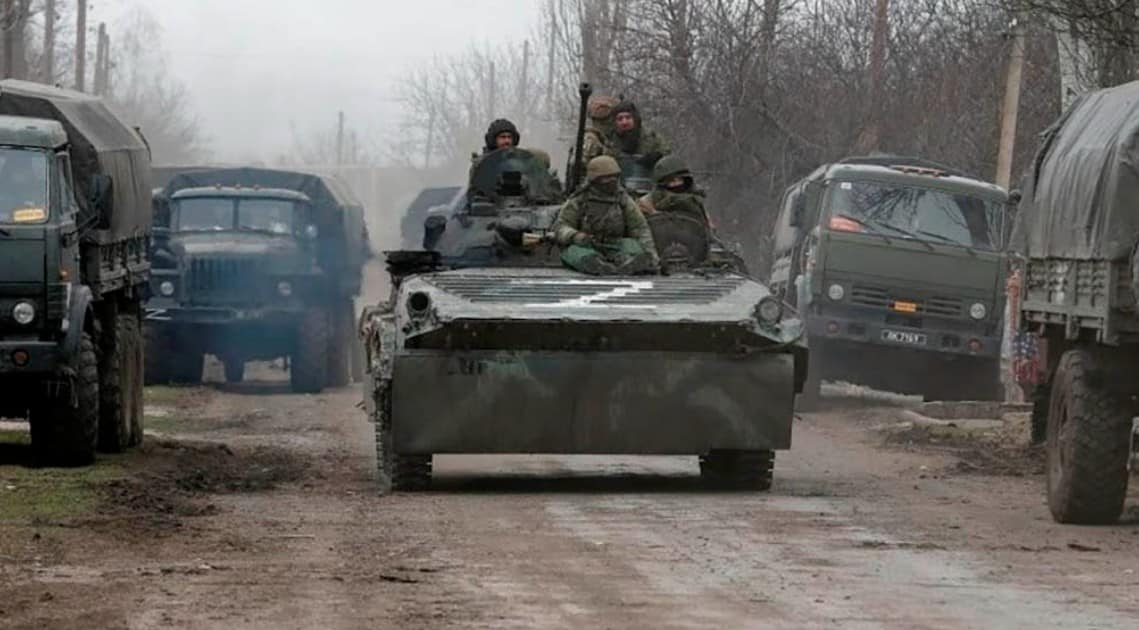 The 21st day of the military operations in Ukraine was marked by significant successes of the joint forces of the Russian Federation, the DPR and the LPR. The fighting has already approached the Azovstal Metallurgical Plant. The DPR troops have advanced from the west deep into the city. The enemy seeks to slow down their advance. It is reported that some DPR and Russian units deployed in the area suffer from a shortage of heavy weapons. For example, units from the Russian Republic of Chechnya, arrived only with light weapons and lightly armored vehicles.

It is expected that at night, new decisive attempts aimed at splitting the UAF grouping in Mariupol will be made. It is now obvious to the defending side that the deblocking of the city by the UAF grouping in Donbass is no longer possible. Some AFU servicemen are leaving their units in Mariupol and surrendering to the DPR soldiers.

Around lunchtime on March 16, it was reported that nationalists from the UAF Azov battalion were preparing a provocation in the building of the Drama Theater in Mariupol. According to one of the deserted members of Azov, Ukrainian militants established the headquarters in the basement of the Mariupol Drama Theater, and the theater hall was full of civilians, who were guarded by 12 Azov militants so that they would not run away. The building should be blown up, and horrific images with numerous civilian casualties should be provided to the Western media, accusing Russia of an airstrike.

Later, by the evening of March 16, the reports were confirmed. Reports that the Russian army had allegedly struck at the Mariupol Drama Theater were spread in Ukrainian social media. There were about 1,000 civilians inside. The Ukrainian version was immediately picked up by the US media.

On the other hand, the information that the Azov headquarters moved from the building of the Drama Theater this afternoon was confirmed by various sources. The version about the alleged Russian airstrike looks implausible since heavy street battles continue near the building. Such airstrikes by the Russian Aerospace Forces (VKS) are impossible without the risk of hitting their own servicemen.

“Leaving, they smashed the Drama Theater, just leaving, simply, people were brought to us with shrapnel wounds, and that’s it,” a local resident said.

As the city passes under the DPR control, the situation will certainly become clearer.

A hysterical information campaign with calls to unblock Mariupol in order to allow nationalist units to leave the city continues.

Evacuation of civilians from Mariupol:

The DPR units, developing an offensive to the southwest of Gorlovka, took control over the settlements of Mikhaylovka, Stavki, Vasilevka, and street fighting continues in the large settlement of Verkhnetoretskoye.

To the south of Donetsk, in the area of Dokuchaevsk, the DPR army occupied the settlements of Stepnoye and Taramchuk. The front lines are steadily pushed away from Dokuchaevsk. The DPR units are fighting for control over the settlement of Maryinka. They advanced 2 kilometers more in this area. The AFU continues its attempts to stay in the south of the Marinka-Kurakhovo highway and provide stubborn resistance. Progress in this direction has slowed down. Ugledar is under the control of the AFU, while the withdrawal of some Ukrainian units from the city was noted. Along the E50 highway, the supply of weapons and ammunition reinforcement for the defending grouping of the Armed Forces of Ukraine continues from the city of Dnipro.

Clashes near Avdiivka continued throughout the day, with no advances by any side. In the area of the Severodonetsk-Lysychansk, the LPR grouping, continuing successful offensive actions, is fighting on the north-western, north-eastern, and eastern outskirts of the city of Severodonetsk. Direct attacks on Lysychansk have not yet been noted.

Fighting continues in the area of Popasnaya.

In the Izyum—Balakleya region, fighting continues on the southern bank of the Donets River and in the southern districts of Izyum. The city was significantly damaged. The AFU destroyed some of the bridges and is preparing to withdraw to the Sloviansk-Kramatorsk agglomeration, where they plan to continue long-term resistance.

There is an accumulation of forces in the area of Pavlograd for a possible counterattack like the previous unsuccessful attempt to attack the Armed Forces of the Russian Federation near Balakleya.

In the Kharkiv area, the front lines did not change. At the same time, the units of the Russian Federation successfully solved the task of suppressing the AFU artillery on the northeastern approaches to the city.

In the afternoon of March 16, the positions of the AFU artillery in Shishkovka were hit, as a result, the fire from the Ukrainian positions did not resume.

Earlier, the artillery fire of the Russian Army destroyed the AFU firing positions in Northern and Eastern Saltovka. The AFU fire from these positions stopped. The intensity of fire from Velikaya Danilovka decreased to 1-2 volleys in the afternoon.

A mass evacuation of the population began from the city of Kharkiv. It is reported that more than 30,000 residents left the city on March 16.

Another facility linked to the US programs on the development of the potentially dangerous strains and research of pathogens of potentially dangerous diseases was discovered near Kharkiv. In the forest near the locality of Merefa, at coordinates 49.797476, 36.086781, two buildings of a camouflaged bio-laboratory can be seen.

Near Kiev, the AFU counter offensive on Gostomel and Bucha turned out to be virtual. By the afternoon, the Armed Forces of Ukraine were forced to admit that Gostomel is being held by the Armed Forces of the Russian Federation. Due to the ongoing fighting and artillery shelling, Gostomel, Bucha and Irpen are suffering significant damage. The Russian paratroopers managed to force the Irpen River, gain a foothold on the eastern shore. The expansion of the bridgehead is planned.

As a result of the shelling of Kherson airport by Ukrainian forces, which took place on March 15, 3 helicopters of the Ministry of Defense and several tankers were destroyed in the parking lot. In the area of Nikolaev there are clashes to the north of the city. The AFU attack in the direction of the Kakhovskaya HPP was repulsed. In Nikolaev, the UAF suffered significant losses, mainly as a result of the strikes of the Russian Aerospace Forces and MLRS.

The administration of the Mykolaiv region informed that there were battles in the center of the region.

In Odessa, the situation remains stable. The ships of the Black Sea Fleet of the Russian Federation after the shelling of the coastal fortifications of the AFU moved away from the shore.

The corvette of the Black Sea Fleet “Vasily Bykov”, which was “sunk” by the Ukrainian media, returned unharmed to the port of Sevastopol. “Vasily Bykov” reached the harbor of Sevastopol on March 16. No visible damage was noted. In the lists of the General Staff of the Armed Forces of Ukraine, the ship is still listed as “sunk”.

On March 16, there were reports that Russian servicemen allegedly shot a queue of local residents in the store in Chernihiv. At the same time, all units of the Russian Armed Forces are located outside the city, blocking roads, and they are not conducting any offensive actions on the city. This information is confirmed by both sides of the conflict. Accordingly, if the shooting took place, it was likely the result of uncontrolled distribution of weapons to civilians.

The 21st day of the war in Ukraine has indicated that the forces of the waring sides are proportionally depleted. Having tactical successes, the Russian army and the L/DPR are forced to focus on the most important sectors of the front, in the Mariupol direction and in the area of the cities of Severodonetsk and Lisichansk. In other sectors of the front, the Russian Army actively used artillery and aviation to suppress firing positions and fortifications of the Armed Forces of Ukraine. For their part, the AFU units have demonstrated that they are close to exhausting their defensive potential. Offensive actions of Kiev forces are apparently possible only in the area of Nikolaev and to carry out a potential breakthrough to the West from the eastern front lines, where their main grouping is under threat of operational encirclement. Each side solves the lack of forces and means in its own way. Russia is pulling up additional units from its central regions. Ukraine is forcing the mobilization of civilians and receives a large number of weapons from NATO countries.