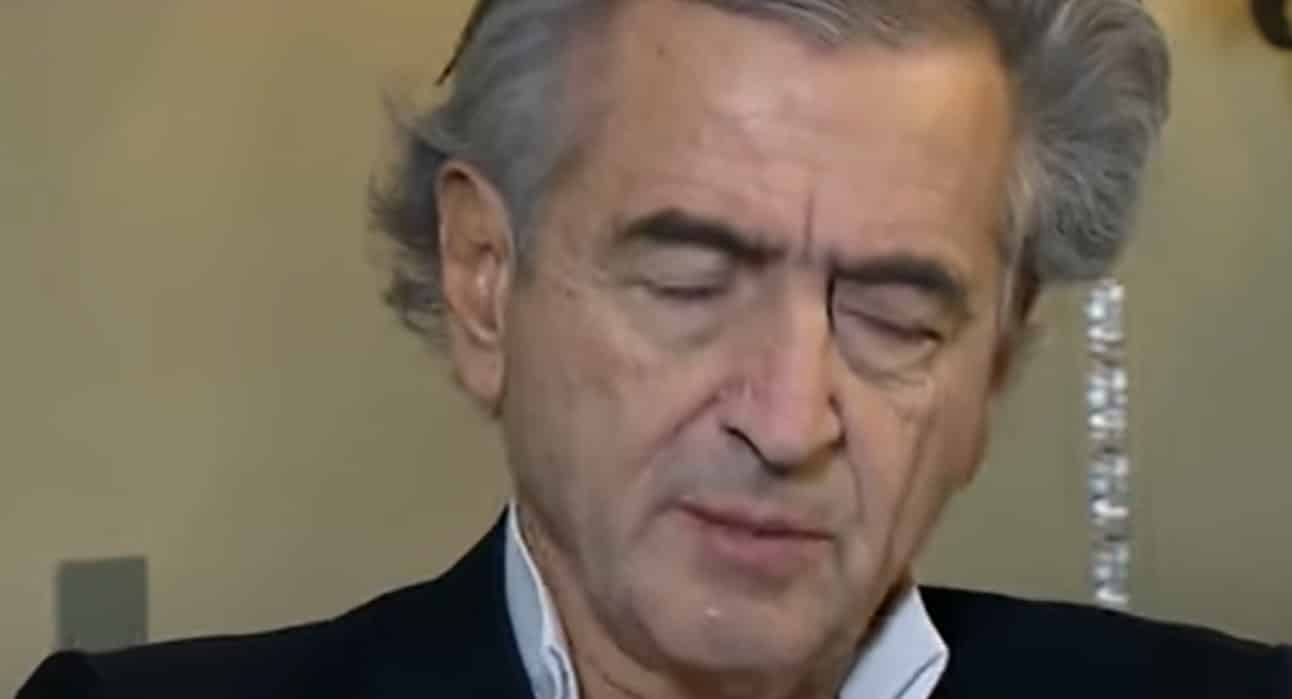 RT.com – French intellectual and philosopher, Bernard-Henri Lévy (commonly referred to as “BHL”), has an odd propensity for appearing alongside western proxy fighters in war zones. And new reports now place him on the ground amid the conflict in Ukraine.

The day after the February 24 launch of Russia’s attack on Ukraine, France 2, the main state-owned television network, hosted a debate featuring, on one side, former prime minister Dominique de Villepin, perhaps best known worldwide for his role during the run-up to the Iraq war in 2003. Back then, he served as the foreign minister and represented France’s opposition to the American efforts under then-president Jacques Chirac at the United Nations Security Council.

After then US Secretary of State Colin Powell made his now infamous speech imploring the international community to back an invasion of Iraq to prevent Saddam Hussein’s use of weapons of mass destruction, De Villepin argued in favor of inspections.

“Given this context, the use of force is not justified at this time. There is an alternative to war: Disarming Iraq via inspections. Moreover, premature recourse to the military option would be fraught with risks,” he said.

History has now proven him correct in his assessment.

De Villepin’s call for prudence and avoidance of military escalation in Ukraine was loaded with historical lessons learned. “Military interventions never yield the expected results,” recalled the former French prime minister. “History has taught us this in Libya, Iraq, and the Sahel.”

On the other side of the France 2 debate table was BHL, which has a rather interesting relationship to some of the conflicts evoked by De Villepin. “[Russian President Vladimir Putin] launched this crazy war, without reason, against a people who had done nothing to him,” replied the philosopher.

It seems that in BHL’s world, wars start like magic with a need to protect completely innocent parties that just happen to be on NATO’s side, and not because of covert shenanigans that predate them — something that BHL should certainly know about.

During the NATO-backed war in Yugoslavia — the war in Europe that those commenting on the current situation in Ukraine seem to forget — BHL, who just happened to be hanging out in the region, overtly backed the NATO proxy, then Bosnian president Alija Izetbegović, who, his opponents believed, was a Muslim fundamentalist. Izetbegović was allegedly used by western forces to helm Islamist fighters against Serbia and ultimately carve out a zone of influence and military control in the Balkans. Later, in a 2019 tweet, BHL referred to the al-Qaeda-linked Izetbegović as “one of the great, luminous figures of the 20th century.”

Then, in March 2011, ahead of the NATO invasion of Libya, which led to an overthrow of Muammar Gaddafi that October, BHL was spotted in Libya meeting with “Libyan rebels,” footage of which can be seen in BHL’s documentary, “The Oath of Tobruk.” It would be easy to chalk up Levy’s presence among the western-backed proxy fighters ahead of Gaddafi’s ultimate demise at their hands as just journalistic interest or intellectual curiosity. But that theory is betrayed by French reports of an activist role at the highest level of the French government.

BHL succeeded in bringing three members of the future Libyan government in waiting to meet with then French President Nicolas Sarkozy at the Elysée Palace on March 10, 2011 — seven months before Gaddafi’s demise, according to Le Figaro. The newspaper also reported that BHL, who met with then US Secretary of State, Hillary Rodham Clinton, at a Paris hotel and noted an American disinterest in military intervention, subsequently took to French airwaves to pressure Sarkozy into having the French take the lead in the invasion by telling the French audience that, “If Gaddafi takes Benghazi, the huge French flag flying on the Corniche will literally bespatter with the blood of the massacred Libyans.” Four days after the media appearance, NATO began its military intervention in Libya.

In 2012, as the NATO-led invasion of yet another country, Syria raged in an (ultimately unsuccessful) attempt to overthrow President Bashar al-Assad with “Syrian rebels” backed by CIA and Pentagon covert programs, BHL took to the red carpet at the Cannes Film Festival with both Libyan and Syrian rebels, to symbolize “the passing of the torch of Liberty,” according to Le Point magazine. Just a few months later, BHL was calling for France to also send weapons to the western’s proxy “rebels” to fight the Syrian army, specifically, “cannons, anti-aircraft missiles, defensive weapons, for Aleppo, Homs and the rest of Free Syria.”

Then, in February 2013, BHL wrote on his blog, “La Règle du Jeu,” praising then French president Francois Hollande for launching French military operations in Mali, which were ultimately an unsurprising result of the destabilization of Libya caused by the earlier French-led, NATO-backed invasion cheered by BHL himself. “For the first time, in Mali and Libya, the force was put at the explicit service of freedom and justice; for the first time – since Valmy!  – there is the desired link … between the exercise by France of its power and the defense of values that go beyond it.” In defense of the “values” of leaving countries in tatters for years after hopelessly destabilizing them because their leaders refuse to kowtow to the agenda of Washington and its allies, apparently.

And now, BHL — symbolic of a certain caviar leftist that sells wars and invasions of benefit to the military-industrial complex from the lofty perch of humanitarianism — want action in Ukraine. And after calling for it prominently via French mainstream media, he is hanging out in Odessa — coincidentally, just in time for the launch of the new “Ukraine fighters”, once again doing NATO’s dirty work, but this time comprised of foreign and domestic western-armed warriors, both regular troops and irregular combatants, cheered from the sidelines by the west against Russian troops.

A regular and welcome fixture all over English and foreign western establishment media from America to Europe, BHL tends to show up wherever there’s an armed conflict between interests of the western establishment intent on clinging to the current unipolar world order, against those more representative of a more competitive multipolar alternative. His very presence in Odessa should give pause to anyone who still honestly believes that NATO isn’t a directly involved player, using Ukraine as a platform for its ongoing fight against a new and emerging world order over which it risks losing control.

About Author:  Rachel Marsden is a columnist, political strategist, and host of independently produced talk shows in French and English.