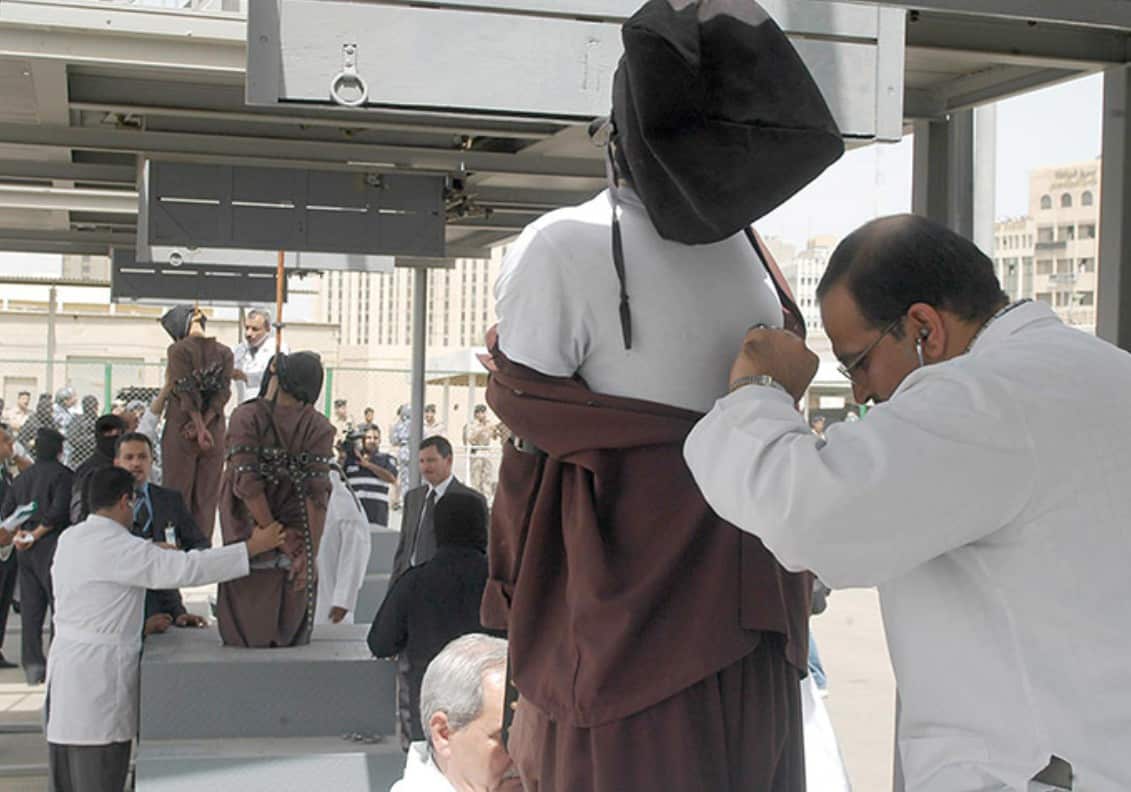 Great reformers are not normally found in theocratic monarchies.  Despite assertions to the contrary, the Kingdom of Saudi Arabia remains archaic in the way it deals with its opponents.  In its penal system, executions remain standard fare.  With liberal democratic countries fixated on the Ukraine conflict and Russia’s Vladimir Putin, it was prudent for Saudi authorities to capitalize.

On March 12, the Saudi Ministry of the Interior announced the execution of 81 Saudi and non-Saudi nationals, bringing the total of those put to death by Riyadh in 2022 to 92.  The last grand bout of killing was in 2019, when 37 people, including 33 Shi’a men, were put to death after being convicted by customarily dubious trials.

Another sordid feature of the system described by Maalouf is the tendency of authorities to underreport the number of trials that result in death sentences being meted out.  Death row, in other words, is a burgeoning feature of the Kingdom’s repertoire.

The executed victims were convicted of a whole miscellany of charges.  According to Human Rights Watch, 41 of the men, as has become standard practice, were of the Shi’a group. The crimes ranged from murder, links to foreign terrorist groups, and the vaguely worded offense of “monitoring and targeting officials and expatriates”.  Other offenses included planting landmines, the attempted killing of police officers, the targeting of “vital economic sites” and weapons smuggling “to destabilize security, sow discord and unrest, and cause riots and chaos”.

Mohammad al-Shakhouri, sentenced to death on February 21 last year, was accused of violent acts while participating in anti-government protests.  Through the course of detention and interrogation, he lacked legal representation.  His family was not permitted to see him till eight months after his arrest.

The judge of the Specialised Criminal Court (SCC) overseeing his trial took an only qualified interest in the evidence submitted by the accused that he had been tortured.  He had also lost most of his teeth due to the handiwork of security officers.  Al-Shakouri’s withdrawal of the worthless confession extracted under such pressure meant that he was given a discretionary death sentence.

In addition to al-Shakouri, Human Rights Watch also noted that in four other cases – Aqeel al-Faraj, Morada al-Musa, Yasin al-Brahim, and Asad al-Shibr – due process violations were rife.  All spoke of torture and ill-treatment under interrogations; all claimed that their confessions had been extracted under duress.

These state killing sprees are not out of the ordinary in Saudi Arabia.  On January 2, 2016, 47 people were executed, the largest since 1980.  A prominent figure on the death list was Shi’a cleric Nimr al-Nimr, a critic of the House of Saud.  He died along with other members of the Shiite community and captives accused of terrorist-related charges after, in the words of the Interior Ministry, much “reason, moderation and dialogue”.

The governing formula for Saudi Arabia’s rulers has been to maintain an iron hand over protest and dissent while fashioning Crown Prince Mohammed bin Salman as a visionary reformer.  In 2020, the same petulant figure behind the brutal murder of the journalist and Saudi national Jamal Khashoggi gave signals that a generous resort to the death penalty would be stopped.  Islamic scripture would guide the future use of capital punishment.

This was hardly reassuring.  The legal reforms announced on February 8, 2021, which include the first written penal code for discretionary crimes – those under Islamic law not defined in writing and not carrying pre-determined penalties – is being undertaken without civil society involvement.  This promises to be a very top-down affair.

The calendar events of state-inflicted death may well cause outrage, but governments and companies continue to deal with the Kingdom with business-minded confidence.  Unlike the treatment now handed out to Russia, there has never been a mass cancellation of its officials from public appearances for its butcheries, be they legally sanctioned at home, or in such theatres in Yemen. Anger and disapproval, if expressed, are only done so in moderation.  Debates about the death penalty remain confined to such theatres as the UN General Assembly.

UK Prime Minister Boris Johnson, with typically bad timing, also showed why Riyadh has nothing to be worried about when it comes to its treatment of dissidents and convicts.  The UK continues to find the Saudis appreciative of made-in-Britain weapons, which are used readily in the war against the Houthis in Yemen.

The priority now is less reforming barbaric legal measures than finding alternative energy suppliers.  Johnson hopes to wean Britain and Western countries off their “addiction” to Russia’s hydrocarbons.  “We need to talk to other producers around the world about how we can move away from that dependency.”

This entailed a visit to the Kingdom, which Johnson gave no indication of calling off.  Mark Almond, director of the Crisis Research Institute, is very much in support of this morally bankrupt calculus.  “The realpolitik of this situation is that to free ourselves from our dependence on Russian fossil fuels, we will have to turn a blind eye to other evils in other regimes.”

The trip proved fruitless.  The Prime Minister failed to secure an agreement to increase oil production, a point brushed aside in Downing Street by a spokesman’s platitudes.  “Both the Crown Prince of the UAE and the Crown Prince of Saudi Arabia agreed to work closely with us to maintain stability in the energy market and continue the transition to renewable and clean technology.”

So cocky has Saudi Arabia’s Crown Prince become, he even refused to take the call of US President Joe Biden on opening negotiations on the rising oil prices. And he can point out that allied countries such as the United States still maintain capital punishment in their chest of judicial weapons against the errant and deviant.  Things have never looked better for the murderous schemer.