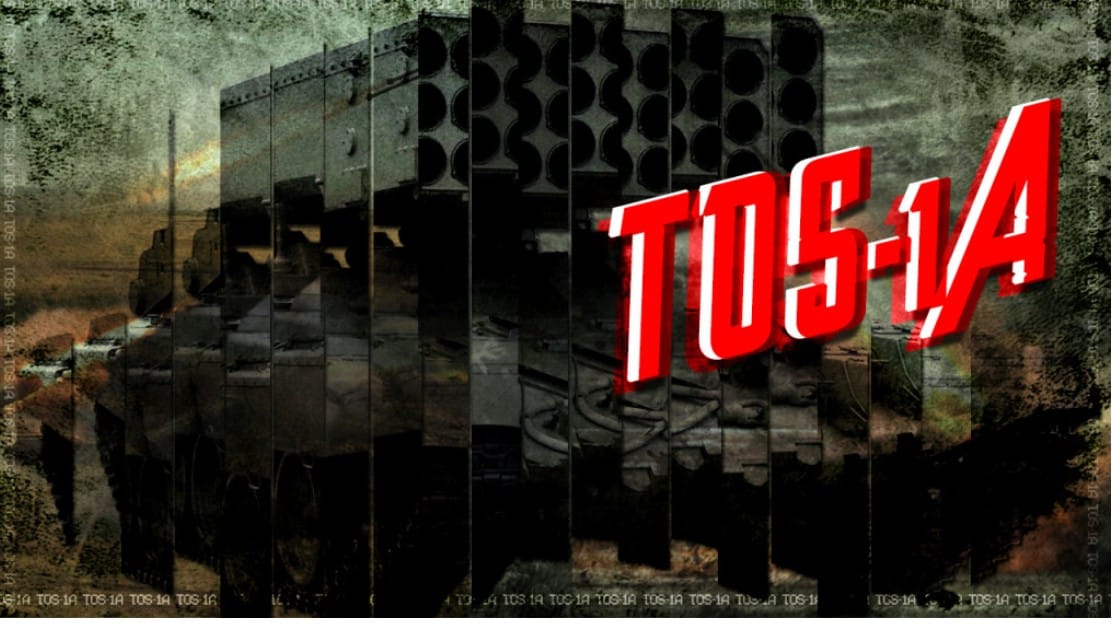 The Russian TOS-1A thermobaric rocket system has been spotted in action for the first time since the beginning of the special military operation in Ukraine.

On March 19, footage showing a TOS-1A launcher firing an entire salvo of rockets at positions of Ukrainian forces in an unspecified part of Ukraine emerged online.

The Russian military deployed several TOS-1A systems in Ukraine early on in its operation to provide heavy fire support its infantry and mechanized formations.

The TOS-1A, which is based on the T-72 battle tank chassis, launches unguided 220 mm thermobaric rockets armed with a powerful fuel air explosives warhead. The system’s rockets have a range between six and ten kilometers.

The system was developed to defeat infantry, armored vehicles and fortified constructions, such as trenches, tunnels and caves. 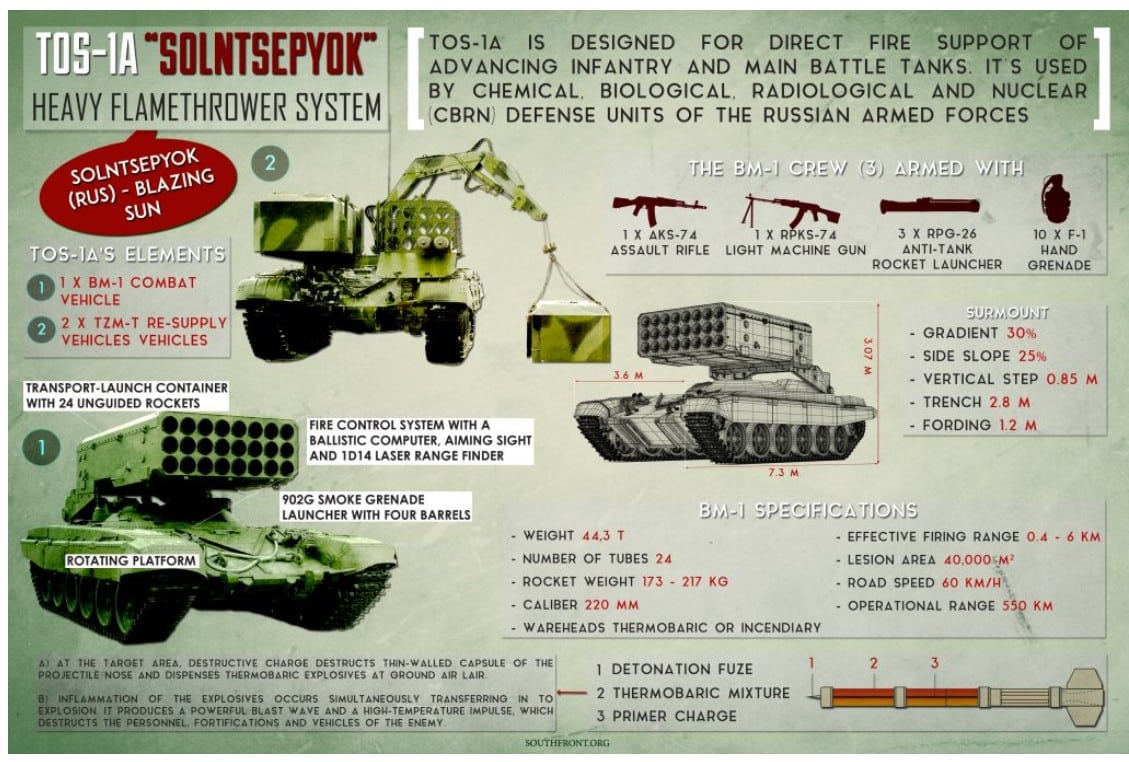 At least 45 TOS-1A systems are reportedly in service with the Russian military. A newer version of the system, dubbed the TOS-2, was first used during the Kavkaz-2020 drills in September 2020. The TOS-2 is based on a Ural all-terrain vehicle. It is also armed with a more powerful rockets with a longer range.