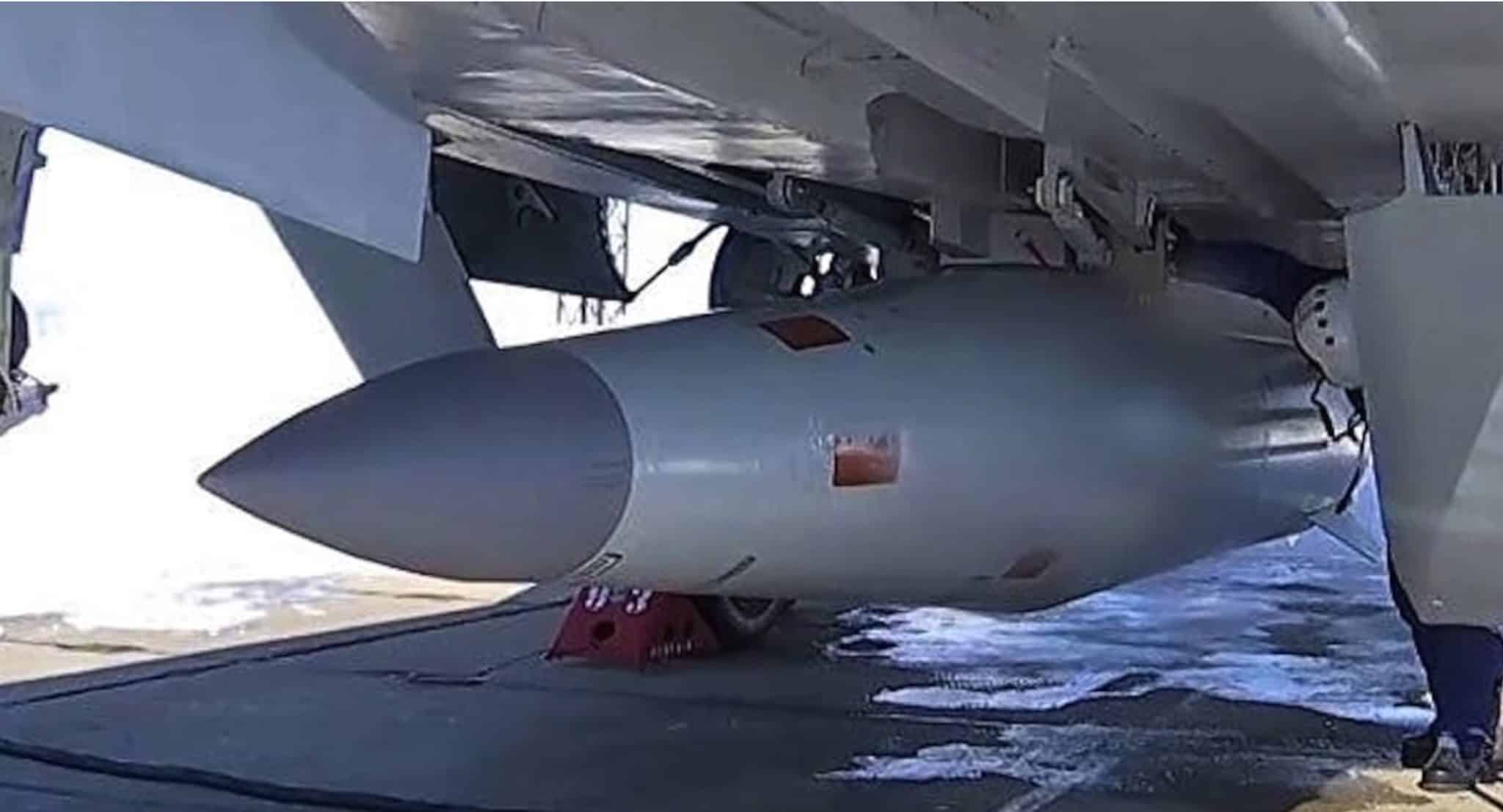 …but before this, watch the Azov (Nazi) Bn. burn a Russian POW alive. (warning and this is very real)

On March 19, the Russian Defense Ministry revealed that it has used its hypersonic missile systems to strike targets in Ukraine.

Video making the rounds this am, reports that it is first combat use of Russian hypersonic missile – Kinzhal on a weapons depot near the Polish border pic.twitter.com/pVxqEWlT5J

#Russian MOD showed footage of the destruction of an underground hangar with armament of the Armed Forces of #Ukraine by "Kinzhal" missile pic.twitter.com/Z4YOHE4RKv

According to the statement, on March 18, a strike with the Kinzhal hypersonic missile system destroyed a large underground storage facility for missiles and aviation ammunition of the Ukrainian Armed Forces in Delyatin, Ivano-Frankivsk Region.

The Russian side says that during the night of March 19, 69 Ukrainian military facilities were targeted by Russian tactical, army and unmanned aviation. Among them: four command posts, including the brigade command post in Zabuyanye, four anti-aircraft missile systems (three S-300s and one Buk-M1), one radar guiding and targeting station, three multiple rocket launchers, 12 rocket and artillery weapons depots and 43 equipment accumulation sites. Air defence means of the Russian Aerospace Forces shot down 12 Ukrainian unmanned aerial vehicles in the air.

According to the Russian side, since the start of the military operation, Russian forces have destroyed 196 Ukrainian unmanned aerial vehicles, 1,438 tanks and other armored combat vehicles, 145 multiple rocket launchers, 556 field artillery and mortars, as well as 1,237 units of special military vehicles.

On top of this, the Russian side released a fresh video of strikes on military targets in Ukraine.

As of March 19, even pro-Kyiv sources confirm that fighting reached the center of the city amid the successful evacuation of civilians from the area by Russian and DPR forces.

Local members of pro-Kyiv units complain that their MANPADs do not work against Russian aviation and ask Zelensky for air defense means. Apparently, they do not know that Kyiv authorities already claimed that they will not going to try to de-block the city.

A detained member of pro-Kyiv forces confirm earlier reports that members of the Ukrainian Armed Forces, in particular the Azov battalion, prevent evacuation of civilians and even open fire at them if they try to leave Mariupol:

Images of Mariupol city show the blocked roads and the evacuation of civilians towards the DPR-controlled area: At the same time, DPR units reportedly entered the town of Mariinka in the sector east of Donetsk city. This area is a well-fortified strongpoint of the Ukrainian Armed Forces. Its fall will mark the further collapse of pro-Kyiv forces’ defense east of Donetsk.

The fighting continues in the Severodonetsk-Lysichansk agglomeration amid efforts to LPR troops to outflank defense of Kyiv’s forces there. The town of Rubezhone just north of Severodonetsk and Lysichansk is already being secured by LPR forces.

The situation for pro-Kyiv forces has significantly deteriorated in Mykolaiv Region. The provincial capital is almost fully blocked by advancing Russian troops. Local authorities loyal to Kyiv complain about strikes of ‘civilian targets’ (i.e. military infrastructure) and vow to defeat the ‘aggressor’. The advance in Mykolaiv Region creates a strong foothold for further operations on the western bank of Dnipro River in the south of Ukraine. Nonetheless, the storm of the city itself will likely not take place in the coming days.

The main focus of the Russian side is currently the elimination of the grouping of pro-Kiyv forces in the region of Donbass.

The impact of the strike on a facility with Ukrainian combat aircraft at the aircraft repair plant in the city of Lviv: Meanwhile, the Ukrainian leadership inspired by the Russian attempts to avoid civilian casualties by avoiding the storm of Kyiv continues to make victorious statements. Just on March 19, Volodimir Zelensky released a new statement claiming that he is ready for negotiations to restore ‘territorial integrity’ of Ukraine.

“It’s time to meet. Time to speak. Time has come to restore territorial integrity and justice for Ukraine,” he said.

In other words, NATO-backed Ukrainian speaking heads continue to pretend that they are in the position to make demands. No doubts, if one believes Ukrainian media, he will expect to see Ukrainian battle tanks in Moscow city soon.

The day before, the head of the Russian negotiating delegation, Vladimir Medinsky, said that the representatives of Kyiv and Moscow were able to “bring their positions as close as possible” on one of the key points of the negotiations – the issues of the neutral status of Ukraine and its non-entry into NATO. Apparently, this became possible after NATO repeatedly publicly signaled that it is not gong to accept Ukraine as a member state any time in the foreseeable future. So, now, the Kyiv government tries to pretend that the understanding of this ‘complex matter’ is a signal of the readiness of Moscow to accept Kyiv’s demands.

The Russian military has said it used its state-of-the-art Kinzhal hypersonic missiles to destroy an arms depot near the city of Ivano-Frankivsk in western Ukraine.

It targeted “a large underground depot of missiles and aerial munitions of the Ukrainian forces” in the village of Deliatyn, he added.

Kinzhal, which means ‘dagger’ in English, was used by the Russian military for the first time since the start of the Ukrainian conflict on February 24.

Those munitions are said to be able to penetrate any existing air defenses by traveling at a whopping speed of up to Mach 10 and constantly maneuvering during their flight.

The hardware is one of several hypersonic systems prepared for the country’s military in recent years, together with the Avangard glider, which is fitted on silo-based ICBMs, and Zircon (Tsirkon) missiles, developed for the navy.

Moscow sent its troops into Ukraine last month following a seven-year standoff over Kiev’s failure to implement the terms of the Minsk agreements, and Russia’s eventual recognition of the breakaway Donbass republics of Donetsk and Lugansk. The German- and French-brokered protocols had been designed to regularize the status of those regions within the Ukrainian state.