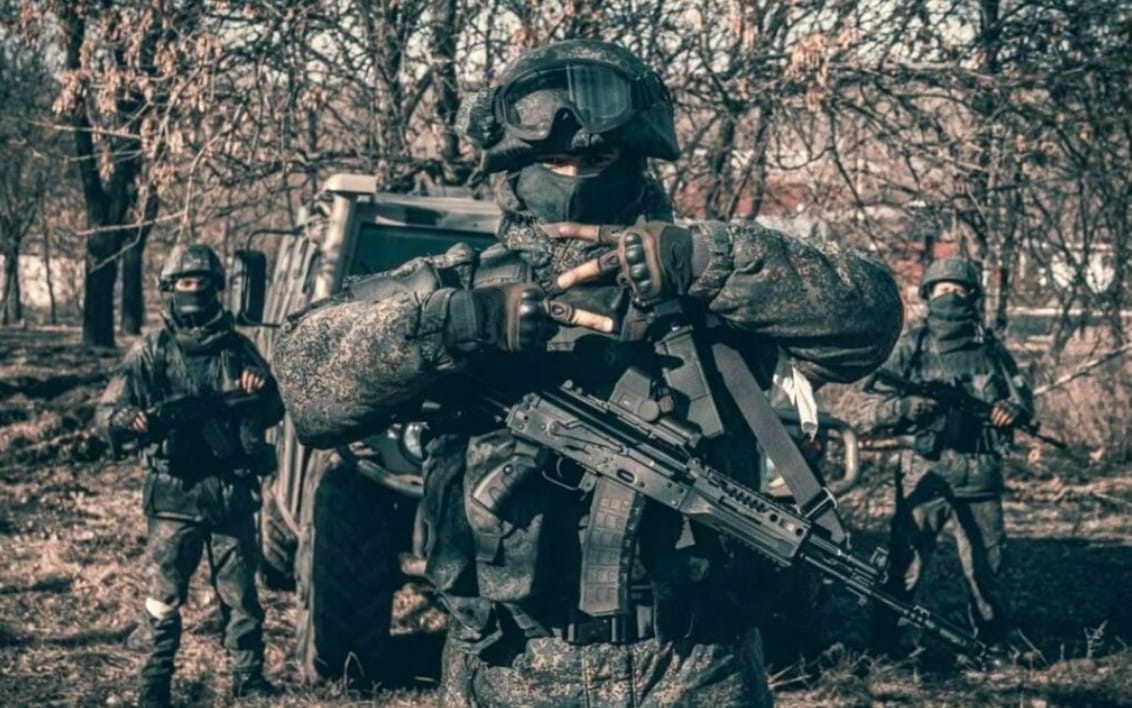 Southfront – On March 18, the joint forces of the Russian Federation and the L/DPR achieved some tactical results in strategically important areas.

Fierce street fighting continues in the city of Mariupol. The DPR forces continue to advance, reporting significant successes in the Levoberezhny district. The local district administration is noe under the DPR control. Mariupol airport, located on the western outskirts of the city, came under the control of the DPR.

The clashes reached the Azovstal plant, where nationalist battalions established significant fortifications. The industrial area of Azovstal currently remains one of the last real strongholds of Kyiv’s forces in Mariupol. Massive airstrikes hit the plant today.

The Russian Ministry of Defense confirms that a lot of Ukrainian fighters are trying to leave the city disguised as civilians. Over the past two days, over 200 militants dressed in civilian clothes, have deserted the city through humanitarian corridors towards Zaporizhzhia. Some of them managed to escape in small groups towards Zaporizhzhia.

“93 of them have been liquidated overnight, the locations of the rest have been established by the bearing of radio conversations. The issue of their destruction is a matter of a short time,” said the head of the National Defense Control Center of the Russian Federation, Colonel-General Mikhail Mizintsev.

Those who remained in Mariupol are waiting for help from the Ukrainian troops deployed on the Donbass front lines. However, the current military developments to the North of Mariupol made any counter-offensive by the AFU impossible. The official response from Kiev to nationalist fighters in Mariupol was negative.

In its turn, on March 18, the Russian military officials claimed their readiness to release nationalists from Mariupol to save the city and civilians. The claim was also made by the head of the National Defense Control Center of the Russian Federation, Colonel-General Mikhail Mizintsev.

“We have officially appealed to the Kiev authorities and two days ago told them that we are ready to open humanitarian corridors and release all the bandits in any direction in order to save the city and people from these so-called martyrs, who have already glorified themselves with the explosions of a kindergarten, two schools, a maternity hospital and a drama theater building,” he said.

According to Mizintsev, the Russian side received a refusal from Kiev officials. Nationalist battalions are also a great threat for the current administration in Kiev, thus there is no surprise that there is no progress in the negotiation process between Moscow and Kiev until the city of Mariupol where the main Ukrainian nationalist forces were blockaded is moped up.

After the securing of the suburbs of the city by the joint DPR and Russian forces, the mass evacuation of civilians continues without any support from Kiev. Local residents confirm that Ukrainian nationalists opened fire on civilians. They also report that English-speaking specialists were correcting the fire of Ukrainian militants from residential areas of the city.

The units of the People’s Militia of the LPR, continue the offensive in the eastern outskirts of Severodonetsk, they have advanced another 2 kilometers. The village of Rubezhnoye is under the control of the LPR. Clashes continue on the southern outskirts.

After the recent capture of the village of Popasnaya by the forces of the LPR, they have not been able to push the enemy further from the village for several days. Clashes around Popasnaya continue.

In the southern direction of Donbass front lines, the Armed Forces of the Russian Federation continue their offensive and advanced 6 kilometers more during the day. They reached the settlements of Novoukrainka, Shakhterskoye.

In the area north of Ugledar, Russian troops took control over the village of Zolotaya Niva and secured most of the Ugledar-Velikaya Novoselka road. The front is shifting in the direction of Maryinka-Kurakhovo. The AFU reportedly left the city of Ugledar. But the entry of Russian forces into the city was also not reported. They are moving further in the northern direction, continuing the encirclement of the Ukrainian grouping in the Donbas region.

No significant breakthroughs have been achieved in the Donetsk region. DPR forces are moving towards Kurakhovka. DPR troops supported by the Russian Armed Forces are still storming the defense line of Kyiv’s forces in Maryinka, Avdiivka and Verkhnetoretskoe. While some of the units are advancing directly from Alexandrovka, other DPR forces are hitting the AFU positions from the flanks.

The shelling of residential areas in Donetsk continues. As a result of another strike by the AFU on the Donetsk region, 4 women were killed. The incident took place in the Tekstilshchik micro-district. A 152 mm howitzer shell hit the local market administration located in one of the buildings. It was fired from Krasnogorovka, which is under the control of the AFU.

Meanwhile, the situation in Izyum seems to be changing. For several days, fighting continued on the southern outskirts of the city. The Russian troops reportedly managed to cut off the road towards Slavyansk. The fate of the group of Kyiv’s forces in Izum is predetermined. The situation in the city is stabilizing, and the front line is moving further away from residential buildings. This is evidenced by numerous reporters who are now deployed in the city.

In Kharkiv and around the city, the AFU suffered significant losses as a result of missile attacks and airstrikes carried out by the Russian Aerospace Forces.

There were no major changes around the cities of Kyiv, Chernihiv, and Sumy. Clashes continue in the same areas around the capital. No advances by any side were reported. The Russian units are mostly aimed to strengthen their positions in the region and are not in a hurry to encircle the capital.

The Armed Forces of the Russian Federation destroyed a parking lot with combat aircraft at the Lviv aircraft factory and depots with high-precision weapons. Another strike hit a fuel and lubricants warehouse in the city of Sumy.

In the region of Mykolaiv, the Russians are aimed to cut off the northern road towards Novaya Odessa. Fighting was reported to the north of the city. Their results are not clear.

It is reported that the AFU forces launched a counterattack from Nikolaev in the south-eastern direction. The AFU reached the Kherson region and was stopped about 40 km from the city. Meanwhile, the Russian army advanced in a northerly direction.

Ukraine has launched a number of missiles on residential areas in the city of Mariupol which is under the control of Russian forces. Russian air defense forces intercepted almost all of the missiles, including another Tochka-U. Later, the Iskanders destroyed the launchers that were located south of Zaporizhzhia.

Shortly after the shelling of civilians, Russian missiles destroyed military facilities of the UAF in the suburbs of  Mykolaiv and Voznesensk. Dozens of AFU servicemen were killed. As in the case of a strike on the AFU military base in Yavoriv, where foreign “volunteers” were based, strikes on military bases in various regions of Ukraine have not only military significance, but also a significant psychological result.

The threat of a Russian assault landing in Odessa remains. Therefore, the Armed Forces of Ukraine are forced to strengthen their grouping in the area of the city, where it is not involved in military operations, but at the same time, it cannot move to support UAF forces in Mykolaiv or other areas. Meanwhile, the AFU mines installed on the beaches of the city of Odessa a few weeks ago begin to detonate, thereby increasing the threat to the lives of civilians.

On March 18, the Russian Defense Ministry warned about another provocation being prepared by the Kiev regime. The SBU has mined a city hospital in Dnepropetrovsk and plans to blow up the building during the flight of a Russian plane over the city.