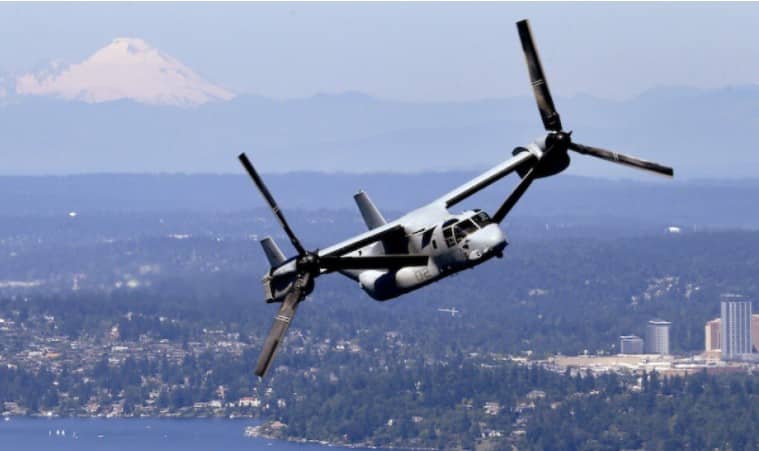 All four crew members on board an MV-22B Osprey aircraft belonging to the US Marine Corps that crashed in Norway on Friday died in the accident, local police reported on Saturday. The aircraft, which is a cross between a regular helicopter and a tilt-rotor plane, was taking part in NATO’s Cold Response military exercise in the Scandinavian country.

Four U.S. Marines were killed when their Osprey aircraft crashed in a Norwegian town in the Arctic Circle during a NATO exercise unrelated to the Ukraine war, authorities said Saturday. https://t.co/F04WX7gsAC

According to a statement issued by the Norwegian military, the V-22 Osprey was conducting a training flight, and was supposed to arrive at Bodo Air Base at 6pm local time on Friday. The aircraft, however, went missing.

The crash site was located from the air later that day. However, adverse weather conditions in the area where the V-22 Osprey had gone down hindered rescue efforts on Friday, with strong winds preventing helicopters from landing at the site. Rescuers eventually reached the wreckage by land on Saturday morning.

“The police in Nordland County confirmed Saturday morning that the crew of four have died." https://t.co/6h6T4jkuZR

Ivar Bo Nilsson from Nordland county police told the media that “it is regrettably confirmed that all four on board the plane have perished.” According to reports, all four were US nationals.

In his Saturday twitter post, Norway’s Prime Minister, Jonas Gahr Støre, extended his “deepest sympathies” to the “soldiers’ families, relatives and fellow soldiers in their unit.”

So far, it is not clear what caused the crash, with an investigation already launched.

Beth and I are praying for the families and loved ones of the 4 U.S. Marines killed in a training accident in Norway.

Our nation is grateful for their service and we mourn their loss.https://t.co/GENH5MApTm

The Norwegian armed forces have announced that despite the incident the Cold Response drills “will carry on as planned, with the measures we have to take due to the weather.”

The annual exercise, aimed at testing the military alliance’s capabilities and cooperation in the inhospitable climate of northern Scandinavia, kicked off on March 14 and is due to wrap up on April 1. Some 30,000 troops, 220 aircraft and 50 vessels from 27 countries, including non-NATO members Finland and Sweden, are taking part in the drills.

The tilt-rotor Bell-Boeing V-22’s unique design allows the aircraft to take off and land like a conventional helicopter, while being capable of plane-like flight. However, the unusual nature of the aircraft makes it challenging to operate, with dozens of people losing their lives in several crashes involving the MV-22B Osprey over the years.