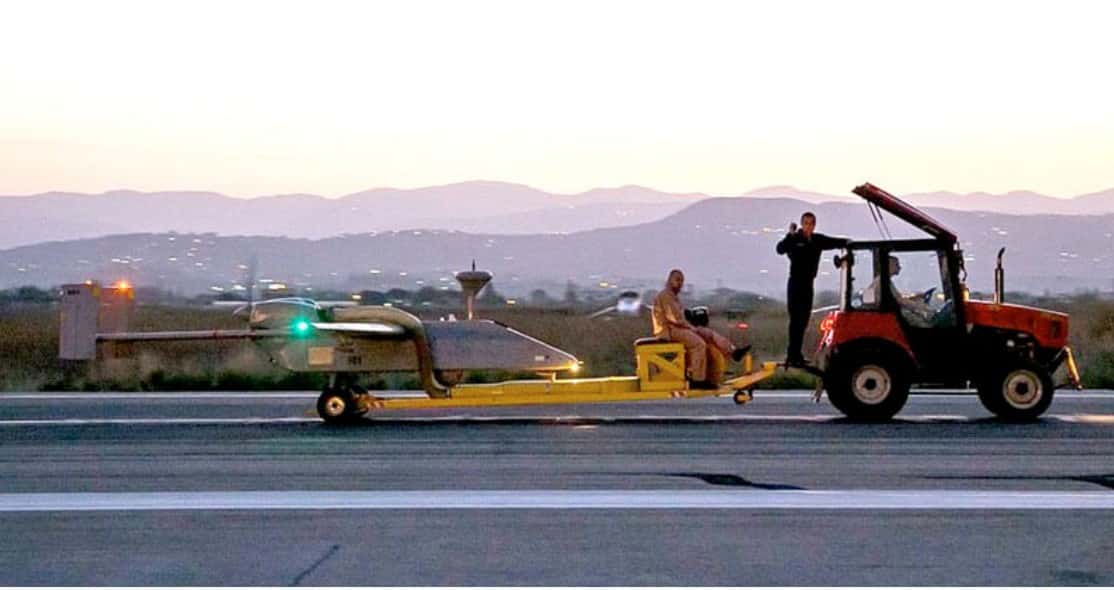 Russian combat drones continue to target Ukrainian forces in support of the ongoing war in Ukraine.

On March 18, the Russian Ministry of Defense released two videos showing recent pinpoint strikes which were carried out with Forpost-R combat drones. The strikes targeted positions, ammunition depots, and a communication center of Ukrainian forces.

The Forpost-R is a modernized variant of the original Forpost drone, which is a licensed copy of the Israeli IAI Searcher. This version is made from Russian components and has domestic software.

In one of the videos released by the Russian MoD, the Forpost-R appears to be armed with two KAB-20 guided bombs. The light glide bomb is available in two versions, the Kab-20L, which is only guided by a satellite-aided INS [inertial navigation system], and the Kab-20S, which is also equipped with a semi-active laser seeker.

Russia has already lost two Forpost drones over Ukraine. The wreckage of one of the lost drones included Israeli-made components, which indicates that it was from the older versions.

The Forpost-R is not the only type of Russian combat drone taking part in the ongoing special military operation in Ukraine. The Russian MoD released several videos showing pinpoint strikes on Ukrainian forces by Kronshtadt Orion combat drones in the last few weeks.

The experience gained from the special military operation in Ukraine will likely help Russia to further develop its drone capabilities.