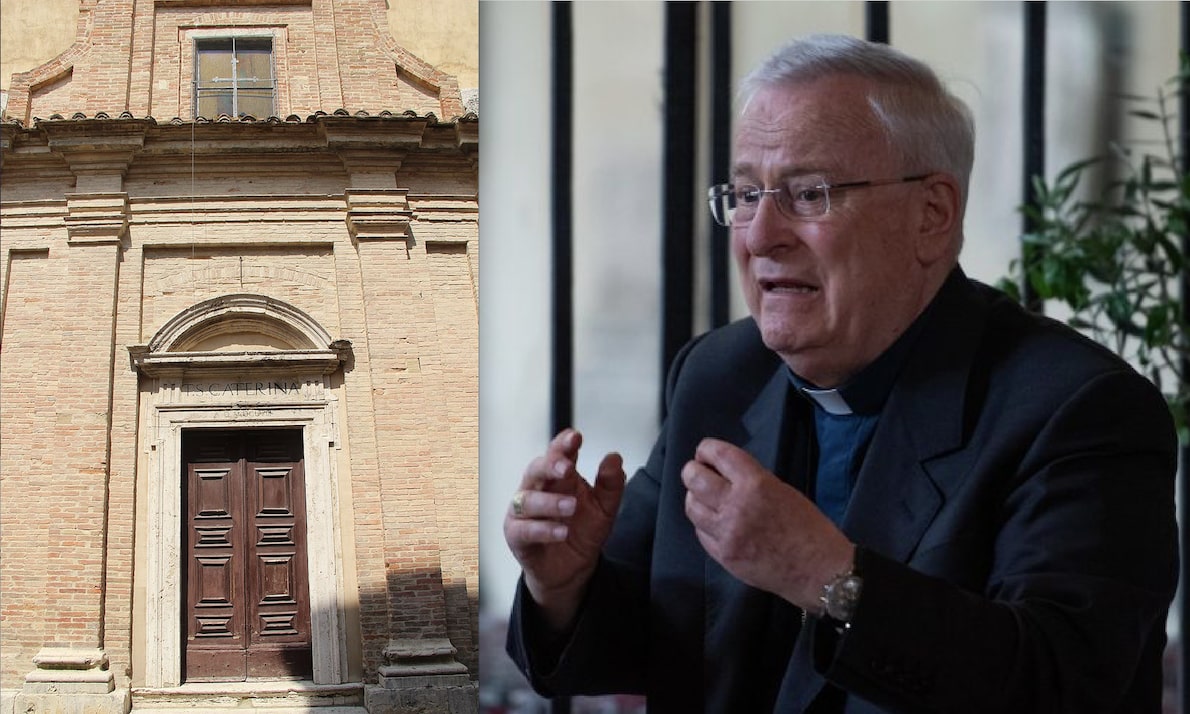 In the cover image, the door of the church of the monastery of Santa Caterina and the archbishop of Perugia Gualtiero Bassetti, president of the Italian Episcopal Conference

Few information, immense anguish and the nightmare of a drama that smells of conspiracy against those who do not want to accept vaccination according to the new “creed” imposed by the Italian government of Mario Draghi on over 50s and many professional categories, as well as by Vatican State to all its workers.

The case broke out in Perugia, precisely in the archdiocese led by Cardinal Gualtiero Bassetti, president of the Italian Episcopal Conference who since 2020, when Prime Minister Giuseppe Conte banned the faithful from Easter Mass by imposing a lockdown “Masonic“ according to some Christian parliamentarians, he embraced the restrictions of the health emergency and the state immunization campaign with more confidence than in the thaumaturgical gifts of the Dead and Risen Jesus Christ.

Unfortunately, the same Perugian archbishop who preaches fidelity to the PRO-VAX line of the CEI with unprecedented emphasis, like Saint Thomas, has experienced firsthand the ineffectiveness of the vaccine in the prevention of contagion because last December 25 he caught Covid-19 for the second time in a year.

Five nuns of the female Benedictine Order of the Monastery of Santa Caterina, an ancient structure of the eighteenth century built on the remains of a previous building and resting on the medieval walls of Corso Garibaldi, risk being deported because their convent could be closed in a very short time. And maybe then made available for purchase by those institutions which, like the University, are looking for large and prestigious spaces in the historic center.

HUNT FOR NO VAX. In Italy Policemen, Doctors in the Viewfinder. In Austria, Vigilantes to Flush Out the Unvaxxed

This unfortunate fate would have been triggered by an unexpected pastoral visit that suddenly rained down like the NAS Carabinieri blitz in the doctors’ offices who show the ethical pride of act according to science and conscience and to grant exemptions to the anti-Covid experimental gene serums in Eu and Italy. A pious woman from Perugia told us the story, which she learned about through a nun of another religious order.

Our checks were sufficient to confirm the existence of the problem that would have prevented a Brazilian nun from arriving in Italy to be welcomed in the monastery.

Which is the fault of the cloistered nuns, including 3 elderly over 80 years old? Having freely refused the anti-Covid vaccination.

This would be the ill-concealed causal link with the inspection and the imminent closure that would determine the relocation of the Benedictine nuns to other structures.