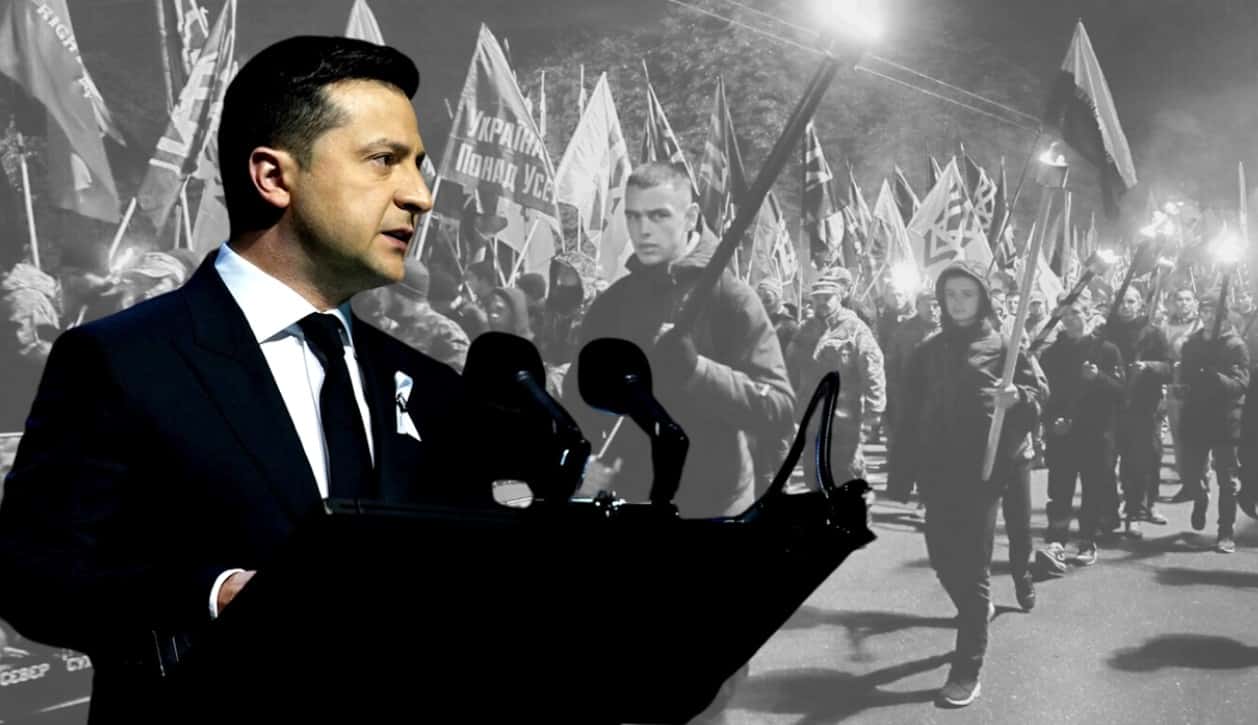 On March 21, the Russian Ministry of Defense opens humanitarian corridors for the withdrawal of civilians and Ukrainian combat units from Mariupol and declares a “silence regime”

▪A terrible humanitarian catastrophe has developed in Mariupol as a result of lawlessness arranged by Ukrainian nationalists. Desperate and mindless bandits, realizing the impossibility of providing any assistance from Kyiv, staged a mass terror in those quarters of the city that they still control. At the same time, the reliable information we receive testifies to the terrible atrocities of the militants distraught from hopelessness. The tone of their active negotiations with officials in Kyiv, which we record daily in radio intercepts, speaks of their extreme anger towards the Ukrainian authorities because they were simply abandoned while being forced to strictly follow the order: “stand to death”, and the status of “martyrs of Mariupol” has already been assigned to them.

▪It has been objectively established that every day from 80 to 235 innocent citizens die at the hands of the Nazis, these are terrible statistics for the last three days only, and these are the people who are trying to leave the city on their own, the militants simply shoot them.

▪At the same time, the formations of the Donetsk People’s Republic with the support of the Russian Armed Forces, realizing that neo-Nazis are closed by a “human shield” of innocent people, measures to unblock Mariupol are carried out only pointwise – house by house, block by block, without using heavy weapons, thereby avoiding civilian casualties.

▪As a result of the effective measures taken, over the past three days, 59,304 people, as well as 139 foreign citizens, have been evacuated to the Russian Federation from the center of horror and arbitrariness organized in the city by nationalists. But according to our data, up to 130,000 civilians and 184 foreign citizens from six countries are currently held hostage in the city.

. Given the above, in order to save human lives and preserve the infrastructure of the city of Mariupol, guided exclusively by humane principles, as well as on the basis of an analysis of the content of radio communications intercepted only today, desperate neo-Nazis who realized the complete hopelessness of the situation that has developed for them and the senselessness of further resistance, the Russian Federation with 10 a.m. Moscow time, tomorrow March 21, opens humanitarian corridors from Mariupol to the east, and in agreement with the Ukrainian side – to the west.

▪For the practical implementation of the measures of the humanitarian operation for the evacuation of civilians and foreign citizens along previously agreed routes, the Ukrainian side is offered the following algorithm of actions :

🔻from 9:00 a.m., continuous communication is established between the Russian and Ukrainian sides for the mutual exchange of information;

🔻from 9:30 a.m., units of the armed forces of Ukraine, territorial defense battalions, as well as nationalists and foreign mercenaries entrenched in Mariupol, on the one hand. The Russian Armed Forces, together with the military formations of the Donetsk People’s Republic, on the other hand, declare a “complete silence regime” and guarantee its strict observance.

▪ The actual start of the “silence mode” is 9 hours 30 minutes Moscow time, at the main entrances to the city of Mariupol, both sides are indicated by the raising of flags. From the Russian side – red, from the Ukrainian side – white, along the entire line of contact. In addition, the fact that the parties are ready to introduce a “silence regime” is confirmed through all communication channels.

🔻From 10 o’clock, being continuously in touch, there is constant interaction on the functioning of humanitarian corridors between authorized officials in Moscow and Kiev, a list of officials as agreed by the parties. The Ukrainian side has already been notified about the official from the Russian side.

In this case, an organized exit from the city is organized in the following order :

▪From 10:00 to 12:00, without exception, all armed units of Ukraine and foreign mercenaries without any weapons and ammunition along the route agreed with Ukraine.

▪Ahead of these columns, sapper units are being advanced from the formations of the Donetsk People’s Republic and units of the Russian Armed Forces, which carry out continuous demining of routes to ensure the safe movement of humanitarian convoys to the residential areas of the city of Mariupol and the subsequent evacuation of civilians and
foreign citizens. At the same time, everyone who wants to evacuate to Russia leaves in columns formed by the Russian Federation, and everyone who wants to go to the territories controlled by the Kiev authorities is evacuated in columns formed by the Ukrainian side.

▪At the same time, each Mariupol citizen and foreign citizen is guaranteed an exclusively voluntary choice of any of the humanitarian corridors or the right to stay in the unblocked city.”