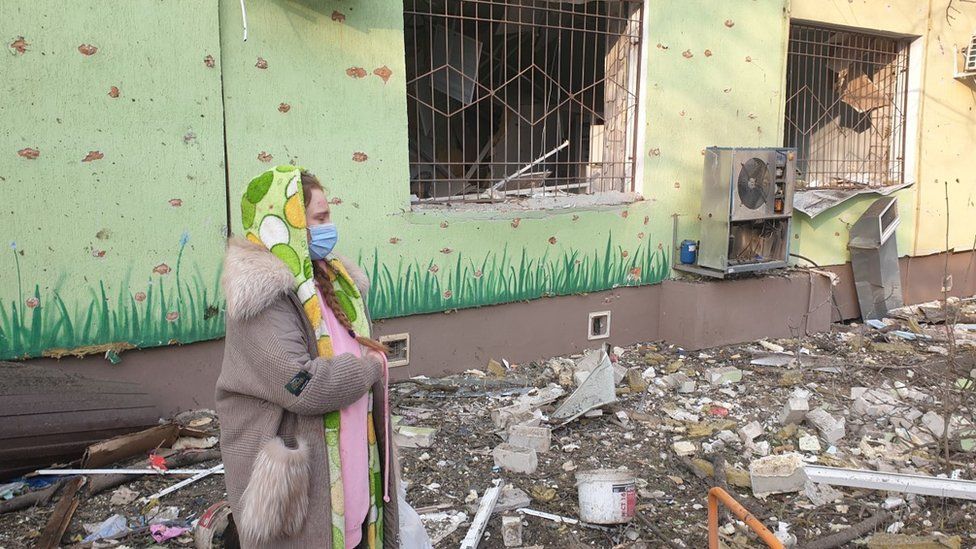 The war is not going as well as the Russians had hoped when they started it, but not nearly so bad as the MSM are making out. Indeed Western reporting has reached levels of anti-Russian hysteria not seen since the Third Reich, with the Murdoch press leading the pack. 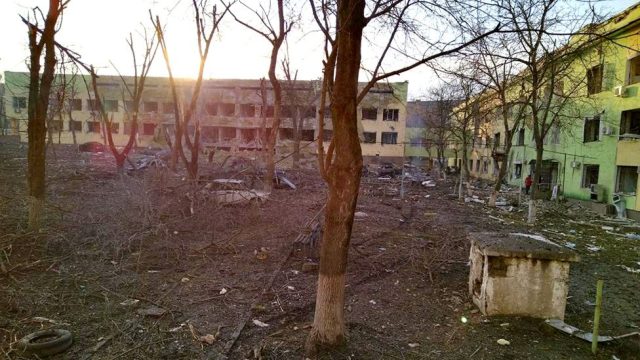 Colleagues here at VT are doing their best to track Russian progress. One gets the impression that they are making reasonable progress in the south and are closing the net around Kiev. After a slow start, the Russian Air Force now appears to be completely dominant, reflected in the frantic Ukrainian requests for more planes, preferably Soviet Cold War models. 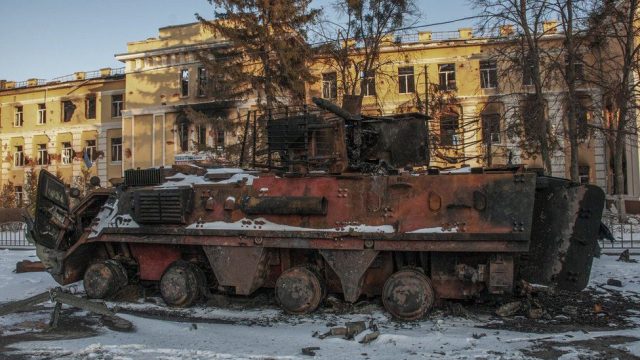 It was never going to be a quick war. There was never any chance of it being called the “Second Six-Day War”! 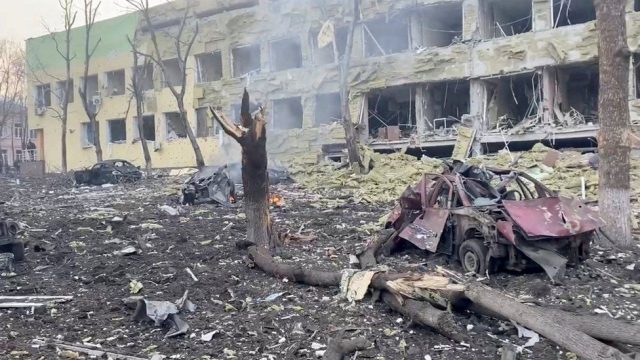 The silly peace talks continue to stumble on. They are pretty pointless really. The Ukrainians want the Russians to withdraw from the Donbas republics and Crimea, which is absurd. The Russians have offered reasonable terms, which the Ukrainians have rejected. The parties are so far apart that there seems little point in continuing. There’s more chance of P & O Ferries reaching a deal with the RMT union.

Western governments are not helping. They claim to want an end to civilian deaths and suffering but are encouraging the Ukrainians to prolong the war unnecessarily. Given the Russian terms, Kiev’s strategy is a little obscure.

The MSM have almost no idea of war and seem unable to distinguish between general hostilities and a video game. They were almost completely unprepared, although there have been low-level hostilities in the Donbas since 2014. Blind Freddy could see the war coming – as all y’all will recall I predicted it after the rigged election in November 2020.

Civilian casualties in wartime are tragic but inevitable. This is particularly true of urban warfare and even more true when the defending belligerent, in this case, Ukraine, arms civilians and chooses to blur the boundaries between civilians and the military.

The fact that civilians are killed does not necessarily mean that anyone was trying to kill them. This is poignantly illustrated in the opening scenes of the Netflix drama The Bombardment. An RAF Mosquito fighter-bomber strafes a car containing a wedding party. The crew has no idea their ‘target’ is a wedding party until an intelligence report reaches their CO several weeks later.

At 300 mph, at low-level, things happen very quickly. The fictional fighter-bomber crew thought they were strafing a German staff car. If they’d thought it was a wedding party they wouldn’t have dreamt of letting loose with four British Hispano 20 mil cannon and four .303 Browning machine guns. What the film-makers don’t explain of course is why a wedding party in Denmark in World War II would choose to cross the open countryside in a car which could easily be mistaken from the air as a staff car.

Stopping a war for a wedding is a charming thought. I’m sure the RAF would have gone along with the idea, but it’s difficult to see Hermann Goering agreeing! (“Margrethe and Henrik are getting married in Copenhagen on Saturday and have asked if we could stop the war for the afternoon?”)

On Thursday the BBC’s anti-Russian Today program trumpeted an allegation, wholly untrue, that the Russians had fired a missile at an apartment block in Kiev. About 24 hours later the claim was finally fact-checked. The Ukrainians caused missile fragments to hit the apartment block, by shooting the missile down.

Very obviously, on that occasion, the Ukrainians weren’t trying to bump off a few old grannies in an apartment block. They were perfectly entitled to intercept the Russian missile, probably a cruise missile. However, once you intercept a missile, or aircraft, over an urban area you have no control over where the debris lands.

The people of London had the same problem during the Blitz. You could be having a quiet cup of tea, or doing the ironing, one moment and then a Dornier comes through the roof, having been shot down by an RAF night-fighter. Fortunes of war.

In addition to collateral civilian casualties from Russian military operations and those caused accidentally by the Ukrainians themselves, there is a third category – civilians deliberately murdered by the Ukrainian forces, including the notorious, neo-Nazi Azov Battalion. In reality, only the Ukrainians benefit from civilian casualties, which they can exploit for propaganda purposes. The Azov boys are in competition with the Waffen-SS and the North Korean army for being the nastiest military outfit in history.

Ironically, by uncritically reporting Ukrainian claims of civilian casualties the MSM are actually encouraging the Ukrainians to shoot up more of their own people for propaganda effect. The first casualty of war is the truth!

The truth of course is not the only casualty. Sadly, an American journalist, Brent Renaud, was shot dead this week in Irpin, near Kiev. It was initially thought to be a tragedy, then it emerged that he had worked for the New York Times, no offense intended.

On Wednesday the International Court of Justice gave a provisional ruling at the request of Ukraine in Ukraine v. Russian Federation, requiring Russia to cease hostilities. The Russians objected to jurisdiction, on sound grounds, it seems to me, and took no part in the hearing.

In practice, the ICJ is a political, rather than a legal, institution. The Ukrainians based their argument as to jurisdiction on Article IX of the Genocide Convention. The court’s judgment with respect is thinly reasoned if the reasoning is not too strong a word.

I exposed the late Sir Hersch Lauterpacht, the former ICJ judge, as a DVD asset in Spyhunter. The Russians must know that the court is bent, with respect, and has been targeted by German intelligence for many years. Why in that case did they not simply oust the court’s jurisdiction in relation to the dispute with Ukraine, as they could easily have done? Not everybody in the Russian Foreign Ministry seems to be working for the home team.

Having a permanent member of the Security Council defy the ICJ in this way is messy. Russia may have to withdraw from the UN. If she can persuade China, Indonesia, Brazil, and India to withdraw along with her then the UN will collapse.

Thanks to colleagues here at VT courageously reporting the truth it has now come to light that CIA paramilitaries have been active in the Donbas region since 2014. The reporting is credible.

The Obama administration might have made it clear to Congress that they were deploying American ground troops to Ukraine. The plan was insane, with respect, carrying with it a high risk of direct US-Russian combat.

On top of US involvement in Biolabs, it puts the Biden regime in a delicate position, not least as more detail emerges on the bioweapons on which the labs were working. Unsurprisingly Dr. Fauci has suggested that he might be considering a career move. Might I respectfully suggest the fast food industry, not that I’d want to eat anything he cooked! (Anyone for an Ebolaburger?)

I’m delighted that Nazanin Zaghari-Ratcliffe has returned home. She should never have been taken hostage in the first place. However, the price for her release was a high one – over $500 million, disguised as repayment of a ‘debt’ that was never owed to the illegitimate Islamic regime.

The alleged debt arose out of a canceled order for upgraded Chieftain Main Battle Tanks, a useful bit of kit in its day, albeit with a dodgy Leyland engine, if that is not a tautology. The problem is that the order was placed by that nice man the Shah. No mad mullahs were involved.

Foreign Secretary Liz Truss is taking all the credit but this could come back to bite her. Paying ransom money is never a good idea. Brits are going to be kidnapped all over the place now.

The government claimed that there were restraints on the ways in which Teheran could spend the money. This laughable claim has already been blown out of the water by the Iranians themselves. They’re going to spend the cash on suicide vests, rocket launchers, and bigger and better nukes.

That’s not a typo by the way – Iran has been a nuclear-armed state since 2004. The British and American governments and the EU are pretending otherwise, but they’re lying and they know it, no offense intended.

The great comedy and character actor Peter Bowles has sadly gone to the great theater in the sky. Not terribly well known to US audiences he was a regular on British TV from the late 1950s, appearing in shows from The Avengers to the Persuaders.

His breakthrough role was as Sir Guthrie Featherstone QC MP in Rumpole of the Bailey, but he was best known as the upstart supermarket owner Richard DeVere taking over Audrey Forbes-Hamilton’s manor house into The Manor Born, opposite the equally able Penelope Keith. To The Manor Born was funny, hugely popular, and heart-warming, so the BBC canceled it.

The BBC’s decision is still resented by Middle England. After the cancellation, Peter found it more difficult to get work from the BBC than I did! He was very suave and a truly fine performer. He will be much missed.

My next column won’t be going up until April 9th/10th.

Thank you to those who make a donation to keep my work going.