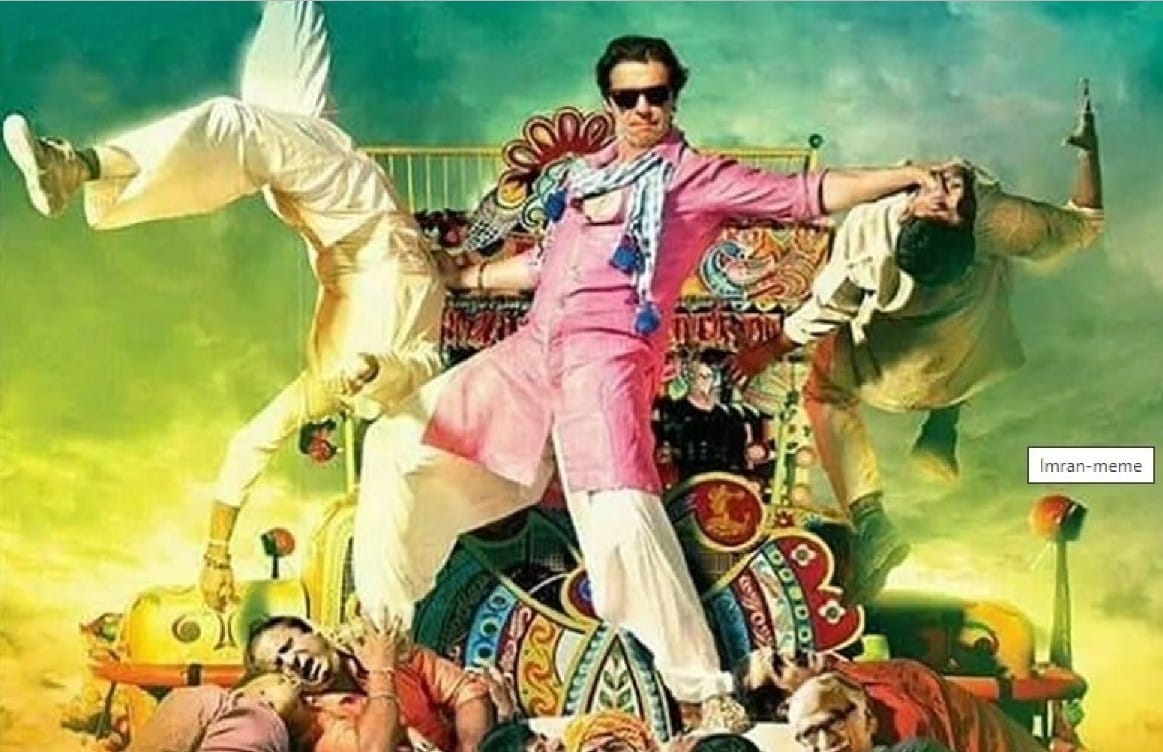 The race is not to the swift or the battle to the strong, Nor does food come to the wise or wealth to the brilliant or favor to the learned; But time and chance happen to them all – Ecclesiastes 9:11

A large segment of Pakistanis is addicted to sensational journalism, breaking news, and conspiracy theories. Educated classes are no exception.

Amongst Pakistan Think Tanks and Discussion Forums, dialogues on Pakistan’s potential and future outlook remain subdued. While our contemporaries who followed our development model took leaps and bounds for top international rankings, Pakistan is stuck in the politics of the past.

This politics has bred greed, corruption, professional incompetence, and unethical practices. The framework of the political economy of Pakistan conspicuously misses the grandiose vision of a self-reliant and proud Pakistan amongst the comity of nations.

The National Power of any country depends on its permanent and shifting elements. But what propels and singles out countries like South Korea, Ireland, Malaysia, and Indonesia was the ability to grasp the fleeting opportunities and game of chance. These countries followed the Pakistani Model, which for Pakistanis is done and dusted.

Imran Khan brings to Pakistan a vision for futures for which all Pakistanis must strive. He also has the ability to grasp fleeting opportunities and created environments for syncretic behaviour of national character and morale. These are essential synergies of National Power that Pakistan missed; for far so long.

Though Imran Khan is grappling with the present, his eyes are set on the far away elusive horizons. He has the tenacity and will to fight and tackle multiple fronts simultaneously. This is why Imran Khan will survive these genetically modified crises and soar high.

I am convinced that with the much-needed experience he has gained. He will lead Pakistan into the next phase, ushering in a new Development Economy and a stable global platform.

The world is dynamic and changing. Pakistan has to avoid the comfort of clinging to the past at the cost of its people. It has to shift its sails with tide and time. This is what Imran Khan despite the growing numbers of his detractors, is doing. Pakistan has to rise with its closest allies. The Future is Eurasia.

The present PDM and NCM are disruptive to the Strategic Chess Board of the Region. Instead of ladders, these put snakes on the chequerboard. This does not suit Eurasia (Russia, China, CARS, Afghanistan, Iran, Turkey, and Pakistan). The agitation is self-aggrandizing political elites is out of tune with time and tide.

Just evaluate and ponder what Imran Khan has done single-handed at a time when the opposition was getting to his throat.

He secured the Reko Dik deal which will become a game-changer in Balochistan and Pakistan’s development economics. He has retrieved and mightily salvaged a situation created through greed and plunder over a decade ago. In the next few years, over 11 Billion US$ will flow into Pakistan’s economy, providing jobs. Pakistan has a 50% stake in the sale proceeds that shall boost all indices of the economy.

Imran Khan used his bonhomie with Turkish President Recep Tayyip Erdogan, to amicably resolve the Karkey dispute and saved Pakistan US$1.2 billion penalties imposed by the International Centre for Settlement of Investment Disputes (ICSID. All while he was under siege.

Undermining the significance of OIC in Islamabad reflects the ignorance of politicians (PDM). When 57 Muslim Nations attend this conference, it is not confined to Afghanistan. Strategically it offers an opportunity to connect Cars to the Arabian Sea, Middle East, and the Indian Ocean.

If readers reflect on the Cars, it will lead to the most obvious conclusion of Eurasia, the Achilles Heels of the West for over a century. Also, be informed that the majority population in Eurasia is Muslim. So when Eurasia is connected, it means one large contagious Muslim Block from Eurasia to Africa.  Switching to Eurasia will have its difficulties but Pakistan under the leadership of Imran Khan has to successfully wade through this River of Fire.

So when Pakistan is on the march, global and domestic interests are aligned and much-needed National Character and Morale visible through the masses, why should Imran Khan go?

Only the enemies and self-centered politicians could wish so.

SOURCEsharafs.wordpress.com
ATTENTION READERS
Due to the nature of independent content, VT cannot guarantee content validity.
We ask you to Read Our Content Policy so a clear comprehension of VT's independent non-censored media is understood and given its proper place in the world of news, opinion and media.