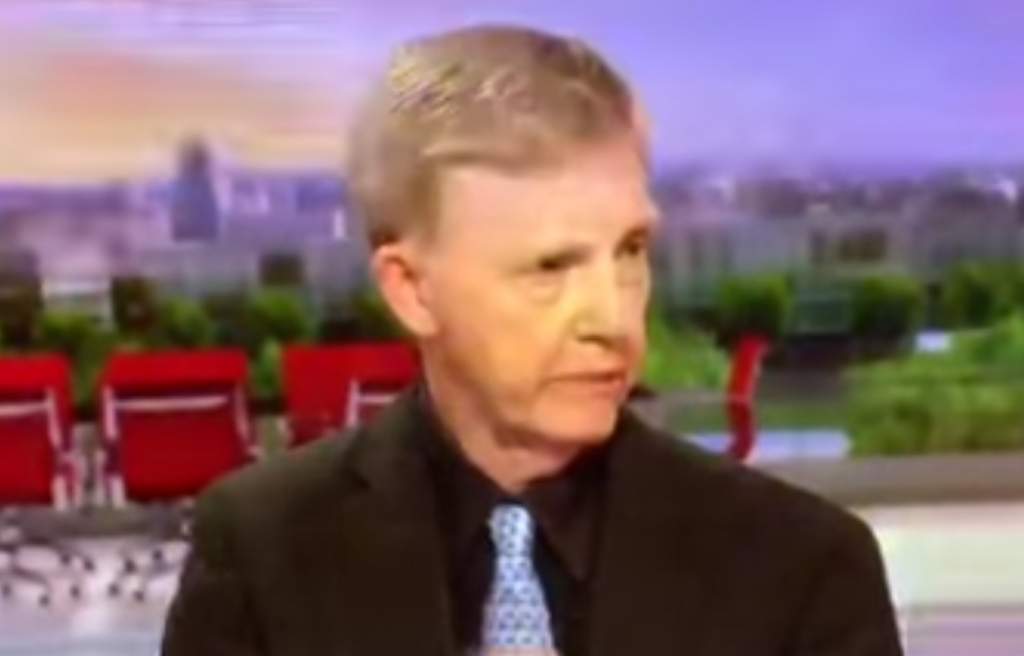 The BBC has ordered Peter Ford’s interview off their servers.  The copy we have is a mobile phone video of a TV screen.  Imagine that.  Sit down, watch, its going to be a bumpy ride:

A few frightened dissident members of Congress have confirmed that today’s attack on Syria was based only on personal assessments made by President Trump based on Facebook postings of White Helmet videos now debunked as counterfeit.

“Normally, the congressional leadership is briefed.  All committee heads of high-level security clearances are usually given a handout and then briefing from the National Security Adviser who chairs such meetings.  No such briefing was held, not at the White House, not at the Pentagon and the CIA director has not met with the President at all, he hasn’t been seen.  This is strange.

What is puzzling for some of us is that only Tulsi said anything and when Rand Paul opposed the strike, he still backed the unconfirmed news reports of Assad’s complicity.  Only a few days ago Rand thought Assad was a hero, in fact pretty much the entire GOP was backing Assad.  Certainly, nobody objected when Tillerson announced an end to “regime change,” not one word.  Only the Dems and Hillary still wanted Assad’s scalp.

For those who have forgotten, this “blast from the past.”  Most when thinking of “sexed-up dossiers,” those who can forget the sickening image of Trump’s Moscow “showers,” primarily think of Bush and Blair and their imaginary WMD snipe hunt in Iraq.  Well, there was one in Afghanistan also, one still going on nearly 2 decades later…still looking for the magical “underground fortresses.”  Watch:

A couple of pieces of real intel can be provided.  I was in the loop on Russia/Syria coordination of their combined “speculation” as to the cause of the attack that may well have never happened at all.  To be quite candid, there is no evidence of any kind as many of the photos and some of the videos are actually shot in Aleppo.

Here’s the kicker, and why waiting is always a good idea.  The one photo we do have that supposedly represents the Sarin bomb that was dropped could never have been from an aircraft.  These are 155mm chemical shells from the US stockpile

The report also substantiates last month’s claims from Ahmed al-Gaddafi al-Qahsi, cousin of Muammar Gaddafi, who said that the chemical weapons used in the incident had been stolen from Libya and later smuggled into Syria via Turkey by militants.

The announcement follows an investigation carried out by the Organization for the Prohibition of Chemical Weapons (OPCW) at the request of the Syrian president Bashar al-Assad and the Syrian government.

“In one instance, analysis of some blood samples indicates that individuals were at some point exposed to sarin or a sarin-like substance,” said Ahmet Uzumcu, the head of the OPCW. He later added that the sarin gas examined bore different characteristics to the one formerly owned by the Syrian government.

When the devastating sarin gas incident left some 1400 civilians dead in East Ghouta in 2013, the United States, European Union, and Arab League were quick to accuse Bashar al-Assad and the Syrian military of utilizing its chemical weapons to combat Islamist rebels in the Syrian capital.

Subsequently, the Syrian government agreed with Russia and the US administration to have its stockpile safely demolished in Norway. Less than a month ago, it was announced that the entirety of the chemical stockpile had been safely disposed of.

Prior to the 2013 attack, the Syrian Arab News Agency (SANA) reported that the Syrian Army had seized chemical gas equipment from a militant field hospital in the western port city of Latakia. It cited a field commander stating that the nature of the equipment suggested militants had been planning to carry out chemical or biological attacks and blame the government.

Isis is “aggressively pursuing the development of chemical weapons”, creating a team dedicated to research and experiments, according to Iraqi and US intelligence officials.

Iraqi officials have raised concerns that a large area controlled by extremists since the group overran parts of Iraq and Syria last year, has left authorities largely in the dark about Isis activities.

A senior Iraqi intelligence officer, with first-hand knowledge of Isis’ chemical weapons program, told The Associated Press anonymously: “They now have complete freedom to select locations for their labs and production sites and have a wide range of experts, both civilians, and military, to aid them.”

It is also believed the group is working in conjunction with scientists in Iraq and Syria to create more sophisticated weapons.

US intelligence officials, however, told AP they do not believe Isis is capable of creating more developed weapons such as nerve gas, most suited for terrorist attacks on civilian targets.

So far the group is only known to have used mustard gas during violence in Iraq and Syria, which is usually not lethal, with most victims recovering from their symptoms in several weeks, according to Live Science.

A European official with knowledge of the militant group added that, at present, even Isis’s production of mustard gas was in small quantities and of low quality.

Despite this, Iraq’s military distributed gas masks to troops deployed west and north of Baghdad over the Summer, amidst fears Isis may expand their weapons use, a general told AP.

Hakim al-Zamili, the head of the Iraqi parliament’s security and defense committee said: “Daesh [Isis] is working very seriously to reach production of chemical weapons, particularly nerve gas. That would threaten not just Iraq but the whole world.”

On Thursday, the French prime minister warned Isis could arm itself with biological and chemical weapons in future terror attacks on Europe.

“We must not rule anything out,” he said. “I say it with all the precautions needed. But we know and bear in mind that there is also a risk of chemical or bacteriological weapons.

The Islamic militant group Isis have claimed responsibility for the suicide bombings and shootings in Paris saying they were the “beginning of the storm”.

The group’s propaganda arm released statements in Arabic and French claiming the “blessed battle” was an act of revenge for France’s involvement in the US-led coalition bombing its militants in Iraq and Syria.