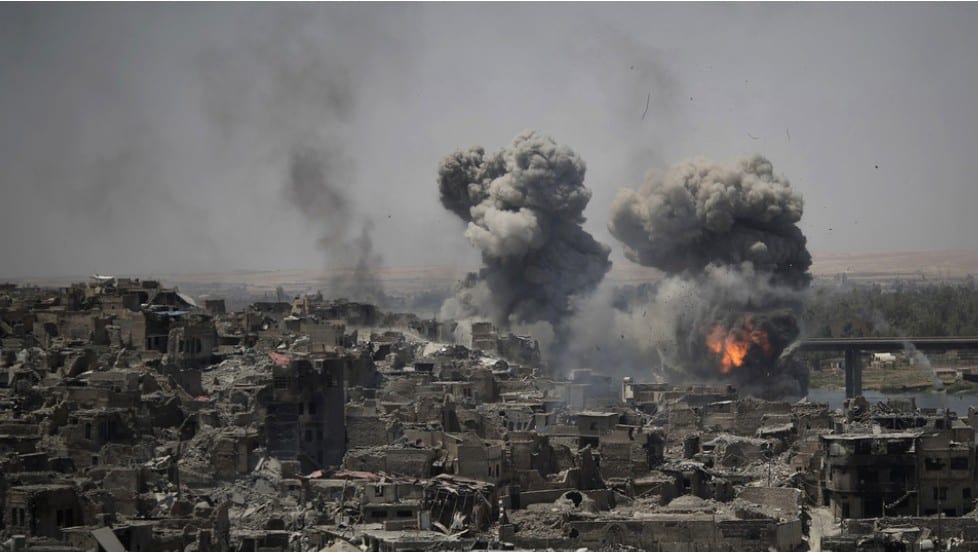 By Max Blumenthal for Grayzone

Grayzone.com – Western media have reported that Russia’s military deliberately attacked the Donetsk Academic Regional Drama theater in Mariupol, Ukraine, claiming that it was filled with civilians and marked with signs reading “children” on its grounds.

The supposed bombing took place just as Ukrainian President Volodymyr Zelensky appealed to US Congress for a no-fly zone, fueling the chorus for a direct military confrontation with Russia and apparently inspiring President Joseph Biden to brand Vladimir Putin, the Russian president, as a “war criminal.”

A closer look reveals that local residents in Mariupol had warned three days before the March 16 incident that the theater would be the site of a false flag attack launched by the openly neo-Nazi Azov Battalion, which controlled the building and the territory around it.

Civilians that escaped the city through humanitarian corridors have testified that they were held by Azov as human shields in area, and that Azov fighters detonated parts of the theater as they retreated. Despite claims of a massive Russian airstrike that reduced the building to ashes, all civilians appear to have escaped with their lives.

Video of the attack on the theater remains unavailable at the time of publication; only photographs of the damaged structure can be viewed. The Russian Ministry of Defense has denied conducting an airstrike on the theater, asserting that the site had no military value and that no sorties were flown in the area on March 16.

While the Russian military operation in Ukraine has triggered a humanitarian crisis in Mariupol, it is clear that Russia gained nothing by targeting the theater, and virtually guaranteed itself another public relations blow by targeting a building filled with civilians – including ethnic Russians.

Azov, on the other hand, stood to benefit from a dramatic and grisly attack blamed on Russia. In full retreat all around Mariupol and facing the possibility of brutal treatment at the hands of a Russian military hellbent on “de-Nazification,” its fighters’ only hope seemed to lie in triggering direct NATO intervention.  Read more..