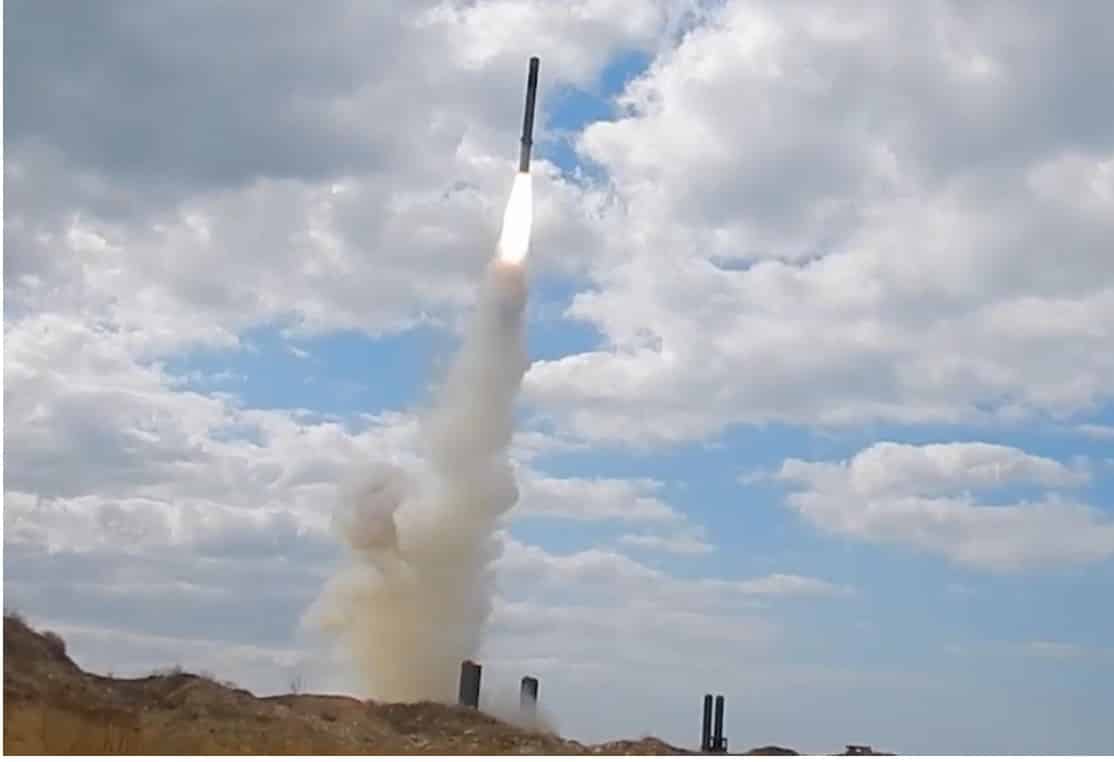 On March 22 and in the first half of March 23, intense fighting between Russian-led forces and units loyal to the Kyiv government continued in the region of Donbass. Active military developments also took place in the regions of Mykolaiv and Zaporizhzhia.

In the region of Donetsk, the most intense clashes took place in the city of Mariupol. According to DPR sources, units of the Russian Armed Forces and DPR established full control over about a half of the city. The operation to eliminate pro-Kyiv units has been developing in the rest of it.

Launch of Kalibr cruise missiles on targets in Ukraine:

Looks like Kaliber launches just off the coast of Sevastopol pic.twitter.com/BXLxmxzvfn

Clashes with separate units of pro-Kyiv forces also continued near the area of Ugledar and in Maryinka. Russian and DPR units are slowly advancing from the southern direction to block the detachments of Kyiv’s forces that remain in fortified areas near Donetsk city.

Meanwhile, troops of the Donetsk People’s Republic completed securing of Verkhnetoretskoe and continued to pursue the retreating units of the 25th Airborne Brigade of the Armed Forces of Ukraine and took control of Novobakhmutovka railway station. During the night, 3 tanks, 2 infantry fighting vehicles and 6 all-terrain vehicles were destroyed in this area.

The usage of Bastion missile systems to strike targets in Ukraine:

The advance of Russia and LPR continued in the Severodonetsk-Lysichansk agglomeration in Lugansk Region and in the area of ​​Izyum in the southern part of Kharkiv Region. After the initial successes in these areas, Russian-led forces still work to fully eliminate Kyiv’s resistance in these key strongpoints. Nonetheless, the fate of these areas are already predetermined. This is why Kyiv’s forces are already preparing for the defense in the Slavyansk-Kramatorsk-Druzhkovka-Konstantinovka agglomeration.

The maneuverable war is ongoing near Mykolaiv city and south of Kriviy Rih city in the southern sector of operations on the western bank of Dnipro River. The grouping of Kyiv’s forces in Mykolaiv suffers from regular artillery and missile strikes. However, Russian units have not launched the storm of the city yet.

The military situation in the regions of Sumy, Chernihiv and Kharkiv remains almost same. Fights and skirmishes of local importance took place near Kharkiv city.

Graham Philips films the situation in the village of Novi Borovichi, Chernihiv Region. The Russians deliver humanitarian aid to locals: (In this video, the auto translate English closed caption doesn’t seem to work, but the French translation works.)

As of March 23, units of the Russian Armed Forces have been gradually advancing in the western and eastern countryside of Kyiv city.

A Russian strike also destroyed the launcher of the S-300 anti-aircraft missile system of the Armed Forces of Ukraine in Kyiv. The launcher was put in the industrial area in the city.

The Russian army destroyed the S-300 air defense system of the Ukraine army in Kyiv pic.twitter.com/LayL3De4ll

According to the Russian Defense Ministry, in the evening of March 22, high-precision long-range sea-based weapons struck an arms depot in Orzhev, 14 kilometers northwest of Rovno city. A large depot of weapons and military equipment of Ukrainian troops, including those received from Western countries, was destroyed.

In own turn, the Russian air defence means shot down 1 Su-24 near Izyum city, 16 Ukrainian unmanned aerial vehicles in the air, including 3 Bayraktar TB-2 near Rozhin, Karashev and Maxim Gorky.

The Russian side reports that since the start of the operation Russian forces have destroyed 184 aircraft and helicopters, 246 unmanned aerial vehicles, 189 anti-aircraft missile systems, 1,558 tanks and other armored combat vehicles, 156 multiple launch rocket systems, 624 field artillery and mortars, as well as 1,354 units of special military vehicles.

The general military situation in Ukraine remained relatively same during the last few days and most likely will continue to remain like this as long as the grouping of Kyiv’s forces surrendered in Mariupol city is not fully eliminated. Meanwhile, the Russian side intensified strikes on objects of military infrastructure, weapon depots and gatherings of military equipment all across the country.