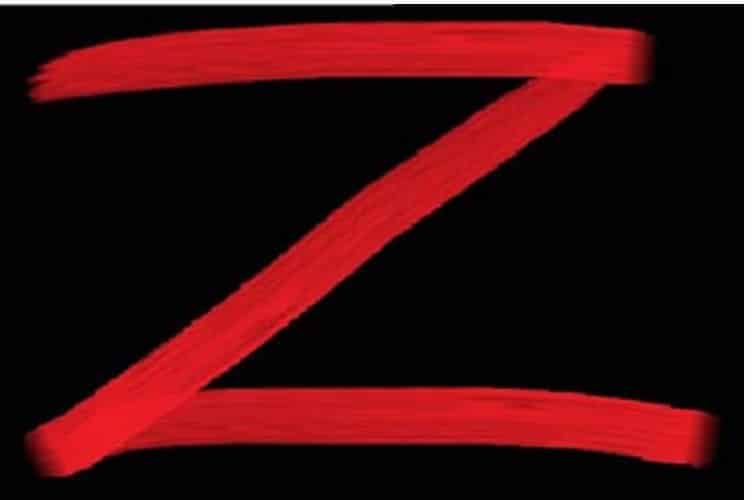 “I am very sorry that European countries behave this way and do not understand you! – German citizen René Hermann addressed Putin today.

I support your opinion completely, but the problem is that we in Europe are under such control that it is unrealistic to take the Russian flag and go out into the street – the police will immediately arrive and arrest you, but pick up the Ukrainian flag, go out into the street and shout – “Putin is a bastard!” – this, please! I do not understand this and I am very sorry that many Europeans do not see the truth… The truth is unpleasant, no one wants to hear it, and people who lie speak the way people want to hear.

Therefore, the one who tells the truth always stands alone, and the one who lies draws a crowd! This is where the problem is! What our media doesn’t do to insult Russia, Russians, and you, it’s just a shame!.. There are only fascists, big pigs, and this Zelensky … he must be removed from this track, he can no longer play on this platform!

Today, Russia is conducting a ground militarily and, at the same time, a humanitarian operation with mixed military and police forces on the vast territory of Ukraine, which the United States and NATO countries will not even dream of. Russia is evacuating thousands of those who wish to Russia, providing housing and everything necessary upon arrival, helping those who remain with food, providing medical care, and restoring water and energy supplies.

Russia surgically separates the “sick tissue” – Ukrainian Nazis who do not want to lay down their arms – “from healthy”, from the civilian population. And the US tactics are rude – to turn the area with people into a bloody desert by carpet bombing, even if this area is a European country like Yugoslavia. Then mercenaries from the locals, traitors like Ukrainian policemen and Bandera, are engaged in the development of this territory,

Operation ” Z” – I called Russia’s operation to force the Ukrainian Nazis to peace purely conditionally – because ” Z” is the Sign of Zorro, the defender of the humiliated and destitute, and the historical mission of Russia is to protect the humiliated and destitute, unite peoples and fight Nazism. In fact, the Z marking on military equipment means the Eastern grouping of the Russian army; [Z] – military unit located in the Crimea; O – military unit located in Belarus; V – marines; X – Kadyrovites; A – special forces. The marking was invented so that the Russian military could recognize each other.

Operation “Z ”would have ended long ago if it weren’t for the weapons that the West is arming the Nazis with. Machine guns, “Javelins” and “Stingers” will remind of themselves for a long time in Ukraine and in Europe, were to return, fleeing from the Russians, foreign mercenaries (who will survive).

The fact is that after the “color revolutions” and military operations around the world failed and the United States barely took its feet from Syria and Afghanistan, the United States immediately continued the war against Russia in Ukraine through the hands of the Ukrainians, taking hostages the civilian population – women, children and the elderly, knowing that Russia is not at war with the civilian population, and moreover, it will not fight with the Slavs. The next one is Georgia.

Only today the Georgians understand why they were supplied with a sea of ​​Javelins! The Georgian government told the US ambassador today: “Girl, stop! No need! Do not confuse “shalakho” with the opening of the Second Front in Georgia! No, Garibashvili’s conscience is clear – he did 1000 times more than Saakashvili did in 9 years for Georgia to become a member of NATO and the EU, but the German Chancellor put an end to this matter yesterday– “Ukraine and Georgia have not been accepted and will not be accepted.”

And do not look at the thousand idlers, drug addicts, pederasts and prostitutes on Rustaveli Avenue, where they distribute drugs and money – real militants, military and special forces, officers and generals of Saakashvili do not go to rallies, they form brigades and wait until their fighting men return from Ukraine comrades who have gone through five wars (in Iraq, Afghanistan, Tskhinvali and three in the Donbass) fighters of the Georgian Legion. The military will not shoot at the military, so warehouses with Javelins and heavy equipment of the Georgian army will be at their disposal, as well as five former defense ministers – Okruashvili, Baramidze, Alasania, Kezerashvili and Khidasheli.

How to avoid a military coup in Georgia, sponsored by the United States, dissatisfied with the overly patriotic government of the “Georgian Dream”, which does not want to open a “Second Front” against Russia in Georgia? After all, today’s events in Ukraine have “archived” the joint NATO exercises in Georgia, the Black Sea concept of regional security, the NATO Training Center and the Combat Training Center in Georgia, the functioning of the Lugar laboratory in Tbilisi may be a big question.

First of all, it is necessary to turn off the air of Nazi propaganda and confiscate the property of the “Empire of Lies” – Saakashvili’s television companies “Mtavari Arkhi”, “Pirveli” and “Formula” (in Russia, the much more “loyal” TV channel “Rain” stopped broadcasting).

The Parliament of Georgia should adopt a law on criminal liability for the dissemination of fakes in the media and social networks (the State Duma of the Russian Federation adopted a law according to which the dissemination of false information about the actions of the Russian military is punishable by prison, a colony for a period of 3 to 15 years, or huge administrative fines). On the basis of this law, bring to justice the Nazis who threaten with reprisals against all “pro-Russians”, as well as the censor of the Georgian segment of Facebook Tamar Kintsurashvili.

It is urgent to cancel the registration of parties with neo-Nazi ideology – Saakashvili’s National Movement and its satellites – Girchi Japaridze, Lelo Khazaradze, and others.

It is urgent to carry out nationalization – deprivatization of all objects privatized by Kakha Bendukidze, as well as companies owned by billionaires – enemies of the people (remember how TV cameras and microphones of Berezovsky Gusinsky’s “Empire of Lies” “shot” in the back of Russia!).

Arrests cannot be avoided: why should honest people and their children, citizens and guests of Georgia, Russian tourists, not walk along the central metropolitan avenue? How many more days will a den of drug addicts, prostitutes and pederasts be open there?! They are a maximum of one and a half thousand, we are two and a half million, why should we give in?

Lord Ivanishvili, Garibashvili, Kobakhidze, Kaladze, why shouldn’t you and your children walk around Rustaveli without guards?! When some bastard insults you physically or verbally, as well as any of us and our children, or insults the citizens of Russia, it will be too late! How to explain to the Russians – why on the central avenue of Tbilisi every evening a rabble gathers, only one and a half thousand drug addicts, prostitutes, and pederasts insulting Russia and its president?! Which Georgian people are ready to tear apart with their own hands?!

As the authorities acknowledged, Russophobic actions are being prepared against Russians and citizens of Russia, therefore, it is necessary to take preventive measures against the instigators of Russophobia! The main provocateur – instigator of ethnic hatred and Russophobia in Georgia is its President Salome Zurabishvili, how to stop her? Maybe pay, or re-elect?

It would be nice to assign the status of the second state language to the Russian language – the only one. In which Georgians can speak with Abkhazians and Ossetians, with Armenians and Azerbaijanis, with Chechens, Ingush, Dagestanis, and, of course, with Russians!

And in conclusion – a very important issue, which concerns assistance to Ukrainians and “Ukrainian refugees”. I’ll start with the last ones:

Moldovans today give the last thing to refugees from Ukraine – they meet them at the border in their cars and buses, bring them to their homes, feed them and leave them to live. The Krajina “refugees”, many of whom arrived in Moldova in luxury cars, mother Moldovans in restaurants and cafes, salons and shops – they say, why do you contact us in Russian, and not in Ukrainian ?! Maybe the residents of Georgia should also start learning Ukrainian, because the Ukrainian “refugees” do not understand Georgian, just as they do not understand Moldovan, but they are forbidden to speak Russian?!

As for help: those who need it get it in full from the Russians. Warehouses in Tbilisi are bursting with aid sent to Ukraine, although half of Georgia is starving!  Ukraine has never helped Georgia with a single grain, half of Ukraine is wheat fields, but Georgia still buys grain from Russia, overpaying through Azerbaijan!

Where are the guarantees that aid from Georgia goes to the civilian population of Ukraine, and not to the nationalist military formations or to the speculators who sell it?! Over the past 8 years in Ukraine, hundreds of trailers with products bound for Georgia have disappeared without a trace, because Ukraine after 2014 is a Nazi “black hole”!