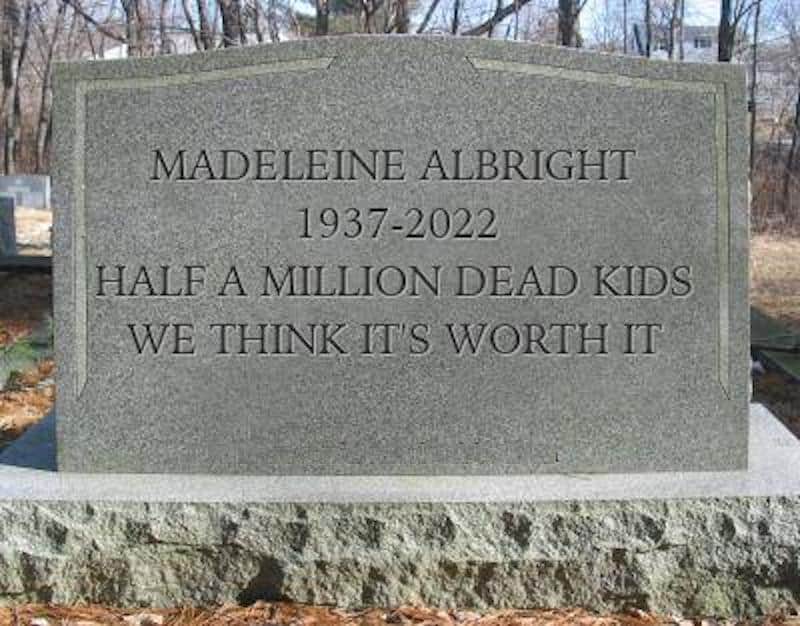 Madeleine Albright was a piece of work.

“We have heard that half a million [Iraqi] children have died. I mean, that is more children than died in Hiroshima,” Stahl said. “And, you know, is the price worth it?”

“I think that is a very hard choice,” Albright answered, “but the price, we think, the price is worth it.”

Albright began as a crypto-Jew then pretended to “discover” her heritage:

Her taste for the mass murder of children in service to the Zionist Moloch, of course, had nothing to do with her oh-so-surprising Jewishness.

One thing you can say about Albright, though: She chose apropos book titles: 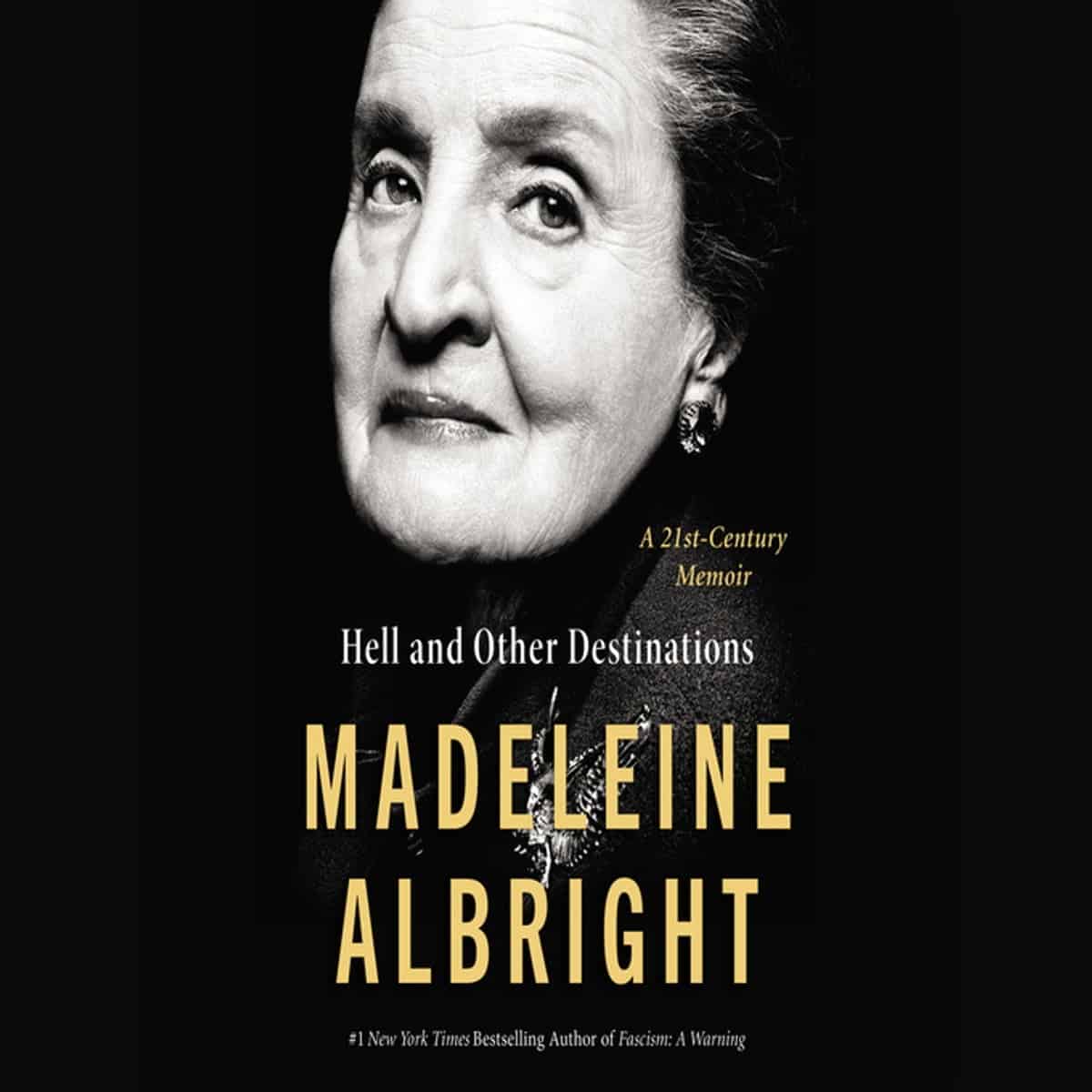