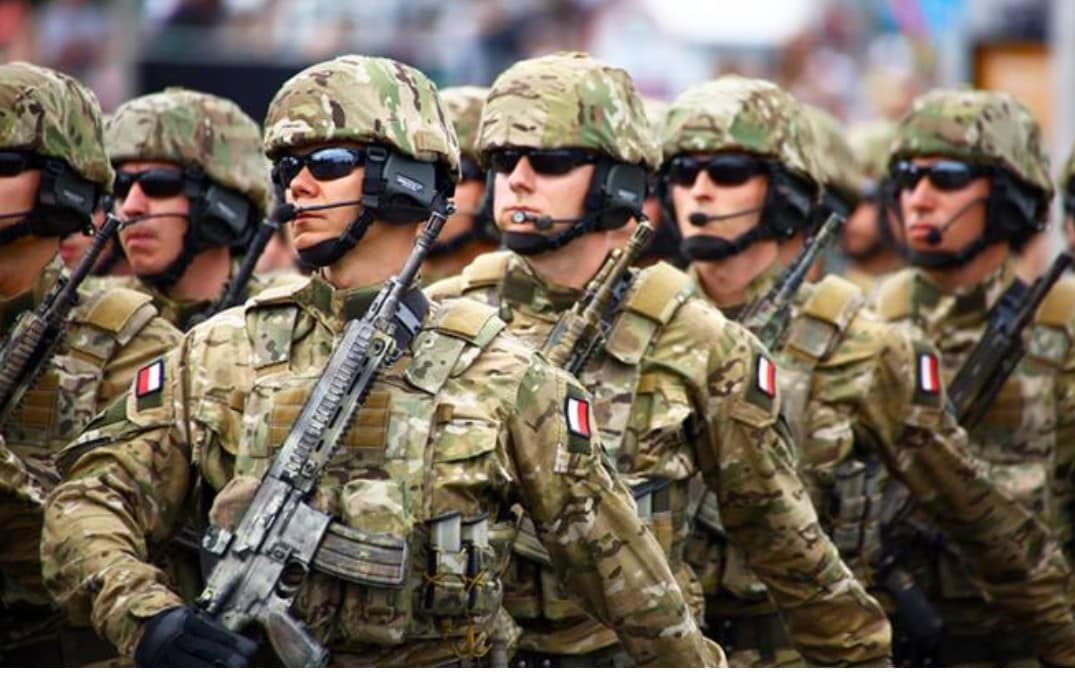 SVPressa.ru: US Ambassador to the UN Linda Thomas-Greenfield said on CNN that the US will not send its troops to Ukraine, but she does not rule out that any of the NATO countries may enter the territory of “independence” on their own initiative. The charter of the alliance does not forbid the members of the bloc to carry out their military operations outside their borders. In particular, Turkey has been fighting in Idlib for several years, calling them peacekeeping.

Thomas-Greenfield said this when answering a question from a CNN journalist about the desire of the Polish elites to send their peacekeepers to the Lviv region. The US Ambassador to the UN said: “I cannot foresee what decision will be made at the NATO conference and how NATO will react to the Polish proposal. I can only say that the US military will not be in Ukraine at this stage. Other NATO countries will decide for themselves whether they want to send troops to Ukraine.”

The fact that the Psheks are plotting a military operation is also reported by the Zhovto-Blakit telegram channels, citing insiders in the Ukrainian office of the President (OP). The local media received instructions from ” Ze ” and Co. to spin the case of a “dead end”, in which allegedly neither the Russian Armed Forces nor the Armed Forces of Ukraine have the strength to turn the situation in their favor.

In particular, the Ukrainian blogging community widely posts American military experts from the Institute for the Study of War (ISW), who claim that a “stalemate has been created on the fronts, and this is not a truce or a ceasefire, this is a state of hostilities in which each side conducts offensive operations that do not fundamentally change the situation.

It is clear why this is being done. The introduction of a third force into Ukraine, according to the logic of the Bandera PR people, will change the preponderance of forces, even if, for example, the Polish army takes control of only Westerners. This means that the Russians will have to keep significant forces on the western front since any gray areas will immediately be occupied by the Poles. And in order to prevent Poland’s participation from leading to the Third World War, a de-escalation line between NATO and the Russian Federation has been established in advance.

These nuances were caught by independent experts in the “square”. For example, the blogger @nabludatels_ua, in his post “Poles are going to divide Ukraine,” writes: “Pay attention to the footage of Polish television footage filmed in various military units of the Polish armed forces,” he adds. If you look closely, you can see a strange map on the walls – on it Ukraine is divided into several large parts between Poland, Hungary, Romania and Russia. No, this is not a military plan – these are propaganda posters depicting a map that was first shown on Polish television back in 2015. But if at that time it seemed like a figment of the imagination of TV people, now this map has become an element of visual propaganda in the armed forces of Poland.”

Now the fun begins. The Warsaw newspaper Polityka, by the way, popular in Poland and considered pro-government, publishes provocative material about a possible peacekeeping mission in Ukraine. Its author Petr Lukasevich gave “a scenario if this plan were implemented here and now.”

He explains that Poland has the right to activate Article 4 of the NATO Charter, according to which Warsaw can involve Washington in advising if it considers that the introduction by the Poles of a limited no-fly zone over the zapadenshchina will lead to a threat to the security of the Commonwealth itself.

Polityka separately notes that Warsaw will not be supported by the alliance, since Article 4 does not apply to Ukraine. Nevertheless, Washington’s signal will be accepted.

In short, even if the Poles are preparing an adventure, the NATO Secretary-General is obliged to instruct the head of the military committee of the alliance to prepare options for deploying forces, personnel, and equipment in various options for possible mission tasks. As they say, just in case of a “fire case”, if something goes wrong. After all, a member of the defense bloc runs the risk of being drawn into a serious military conflict.

It is clear that NATO will not give the green light to the participation of the alliance in the seizure of part of Ukraine under the pretext of protecting the local population.  Nevertheless, due to the so-called “consultations”, Moscow, according to Lukasevich, will twitch and will be forced to create a western front on the border with the zapadenschina. All this will break the current strategy of the Russian Armed Forces. This means that in some areas the Armed Forces of Ukraine will gain an advantage.

In addition, Poland, as Polityka explains, can create a “coalition of the brave” itself, which will try to establish a no-fly zone over the Lviv region. In other words, the Poles enter into a military conflict in Ukraine with Russia at their own peril and risk, while maintaining the NATO umbrella over Poland itself. The US Ambassador personally must inform the Director of the American Department of the Russian Foreign Ministry about this, which will only raise the stakes in the big game.

Like, fight in the sky over Ukraine as much as you want, but so that even a bullet does not hit Poland. Well, and, of course, the Poles will also be told that it is not necessary to fly into the territory of Russia and Belarus. Allegedly, Moscow will regard this as an attack, which removes the responsibility of the alliance for the security of Warsaw.

According to the author of Polityka, who relies on his experts, the main problem for the aircraft of the “coalition of the brave” will be created by the S-400 complexes located on the territory of Belarus and Russia. They cannot be bombed, while the missiles launched from the Triumphs will jeopardize the flights of the Polish F-16s.

Most likely, at the initial stage, the Yankees will not send their F-35s to the battle for Banderstat. They will refer to the great risk of losing know-how if the “invisible”, even shot down, ends up in the hands of the Russians. In fact, the Pentagon will be watching the development of the situation.

According to Polityka, NATO AWACS aircraft will literally “hang” in the modern Commonwealth near the western Ukrainian border. As for the no-fly zone, the main load will fall on the Patriot air defense systems, which will be brought to Poland in maximum quantities, and then transferred to the Western region. By the way, Washington has already promised Warsaw two batteries of these anti-aircraft missile systems to repel “potential NATO threats.” This was announced by the representative of the European Command (EUCOM) of the US armed forces, Adam Miller.

Then the fantasies of the author begin, who is sure that the pilots of the Polish F-16s have an advantage over the Russian pilots of the Su-35, if only because if both aircraft are hit by air defense missiles, the former will be saved by the defense fighters, while the latter will be at best they have captured, and most likely will be killed. Lukasiewicz writes that the NATO leadership will carefully plan the routes of the fighter aircraft of the “coalition of the brave” in order to be in the territory controlled by the Armed Forces of Ukraine in the event of an ejection.

Russia is tired: Europe will be left without gas, oil, coal, fertilizers in the coming months

And Polityka, apparently, whispers in the ear of the Poles that it is possible that the Yankees on the F-35 will sometimes also participate in air battles in order to tip the scales in favor of the “coalition of the brave”. True, this will not happen immediately.

In the meantime, according to the official representative of the Russian Ministry of Defense Igor Konashenkov, “in the village of Nikolaevka in the suburbs of Kiev, Russian military personnel took control of a protected buried command post of the armed forces of Ukraine.” According to him, 61 Ukrainian servicemen of the command post voluntarily surrendered, of which more than half are senior officers of the Armed Forces of Ukraine.

In Ukraine, even the political leadership begins to hysteria and complain about apathy. In particular, Aleksey Arestovich, adviser to the head of the OP and full-time Bandera propagandist No. 2 (after “Ze”, of course), almost cried in his last video on YouTube. He actually admitted that the hulks were sick and tired of the mess in the country and the lack of security. According to a poll by the Rating group, 74% of Ukrainians believe the idea of ​​direct negotiations between Zelensky and Putin to end the war on any terms is right. And only 24% of the respondents, mostly from Westerners, are against it.

Thus, the throwing into the media space of information about the allegedly impending participation of Poland in the battle for Lvov, according to the logic of Western curators “square”, should raise the morale of the Armed Forces of Ukraine that has fallen below the plinth. However, such a development of events cannot be ruled out either.