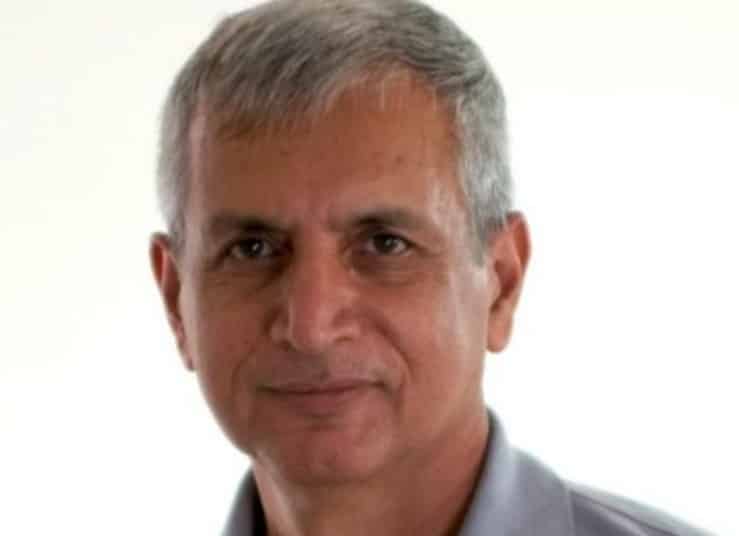 SputnikNews.com – Russia launched a special military operation on 24 February to demilitarize and de-Nazify Ukraine. At least four rounds of talks have been held so far between Moscow and Kiev to halt the ongoing operation in Ukraine.

Sputnik spoke with Vijainder Kumar Thakur, former squadron leader of the Indian Air Force and an independent defense analyst, on the Ukrainian crisis and the impact on the geopolitics of this Russia-NATO row.

Sputnik: It’s been one month since Moscow began a special military operation in Ukraine. How do you assess Moscow’s operation so far?

Vijainder K Thakur: The Russian special military operation in Ukraine has gone well so far, albeit their progress appears to have slowed down. Russian forces have wrested a very significant amount of Ukrainian territory and practically removed any future threat to the Donbass area and Crimea from a surprise attack by the Ukrainian Army.

Demilitarisation and de-Nazification are ongoing but slow because at the start of the war, instead of fighting Russian forces on the borders or the hinterland, Ukrainian nationalists quickly retreated to heavily populated areas.

Russia has carefully calibrated its campaign to minimize civilian casualties. Russian forces are striking at nationalists entrenched in cities in close proximity to populated areas with precision-guided artillery shells and missiles.

However, footage of urban structures destroyed by Russian precision strikes, occasional collateral damage, and civilian casualties are being used by the nationalists and their supporters in the West to discredit Russia’s forces. Ukrainian and western Information warfare directed at Russia is high-pitched.

The West is making a desperate and bizarrely intense attempt to discredit Russia, to the extent where the Russian people have started to harbor doubts about their leadership and Army; and neutral nations such as China and India have started to turn against Russia. There is no indication that the West is succeeding.

Russian forces are holding up well in the face of disinformation. There has been no breakdown in discipline. Popular support for President Vladimir Putin within Russia remains intact. China and India have not been swayed.

Sputnik: Some commentators claim that Russia is losing the operation as they observed that Russia’s offensive was “largely stalled on all fronts” in the past few days. As you monitor the operation closely, do you find a gap in the West’s assessment and facts on the ground in Ukraine?

Vijainder K Thakur: I don’t believe the Russian operation has stalled. Far from it! Russian forces may not have made dramatic advances in the past two weeks or so, but they have tightened their grip on important cities such as Kiev, Kharkov, and Mariupol.

Elite Ukrainian forces in the Donbass region and further south near Crimea have been cut off from their command and resupply centers. Ukrainian forces are surrounded and their fuel and ammunition are being rapidly depleted because of Russian precision strikes on supply depots. Casualties are mounting.

Eventually, the besieged elements of the Ukrainian army will surrender. Unfortunately, the longer they hold out, the greater the misery of the Ukrainian citizens trapped between the opposing forces.

Sputnik: Russia and Ukraine have held several rounds of negotiations since 24 February. Now, Ukrainian President Volodymyr Zelensky wants to sit with Russian President Vladimir Putin to negotiate. Do you think talks at the top at this point will bear fruit?

Vijainder K Thakur: A peace agreement would have to be based on the groundwork laid by sustained and serious negotiations by officials at different levels over many days.

President Zelensky can better serve his country by providing compassionate leadership through pragmatic directions to his negotiating team, rather than negotiating directly with President Putin.

Sputnik: The US has delivered security assistance worth more than $1 billion in the past week alone. However, the US and NATO declined to get involved directly and remain opposed to instituting a no-fly zone over Ukraine. Many observers have predicted that the US actions in Ukraine will trigger insurgency in the country. Do you agree with this prediction?

Vijainder K Thakur: First, I don’t believe it’s in the long-term interest of Europe or NATO to stoke an insurgency in Ukraine. They would be shooting themselves in the foot with a rather high-caliber weapon!

Besides, there is enough support for Russia within Ukraine to rule out an insurgency.

Failure to strike a peace agreement would lead to a wider civil war than the one that has been ongoing in Donbass since 2014.

The tragedy is that the EU and NATO have so far ignored the already ongoing civil war!

Sputnik: Do you foresee the war-like situation spilling over into other regions such as the South China Sea or countries such as Poland?

Vijainder K Thakur: In recent history, China has not engaged in a shooting war. It has focused almost exclusively on development, leveraging its military power, when necessary, without starting a shooting war! The US and NATO have engaged in wars where a low-cost victory was assured.

I don’t think any world power is even mildly interested in fighting a peer adversary. The US and its NATO allies are going to be as careful as Russia is being to preclude the conflict’s widening.

Having said that, I don’t think the West is done pushing buttons to provoke Russia, so an accidental escalation cannot be ruled out. However, self-preservation is a strong instinct, perhaps a stronger instinct in the more affluent West than the less affluent East.

Sputnik: Several European countries have started increasing their military budget. Do you think this is the beginning of efforts to decrease dependency on the US for security?

Vijainder K Thakur: Absolutely! Germany’s and Japan’s decision to increase their military spending is not directed at Russia. It is an acknowledgment of emerging multi-polarity in the world.

Russian special operations in Ukraine indicated the end of Pax Americana. Germany and Japan will now strive for their own place in the emerging multi-polar world.