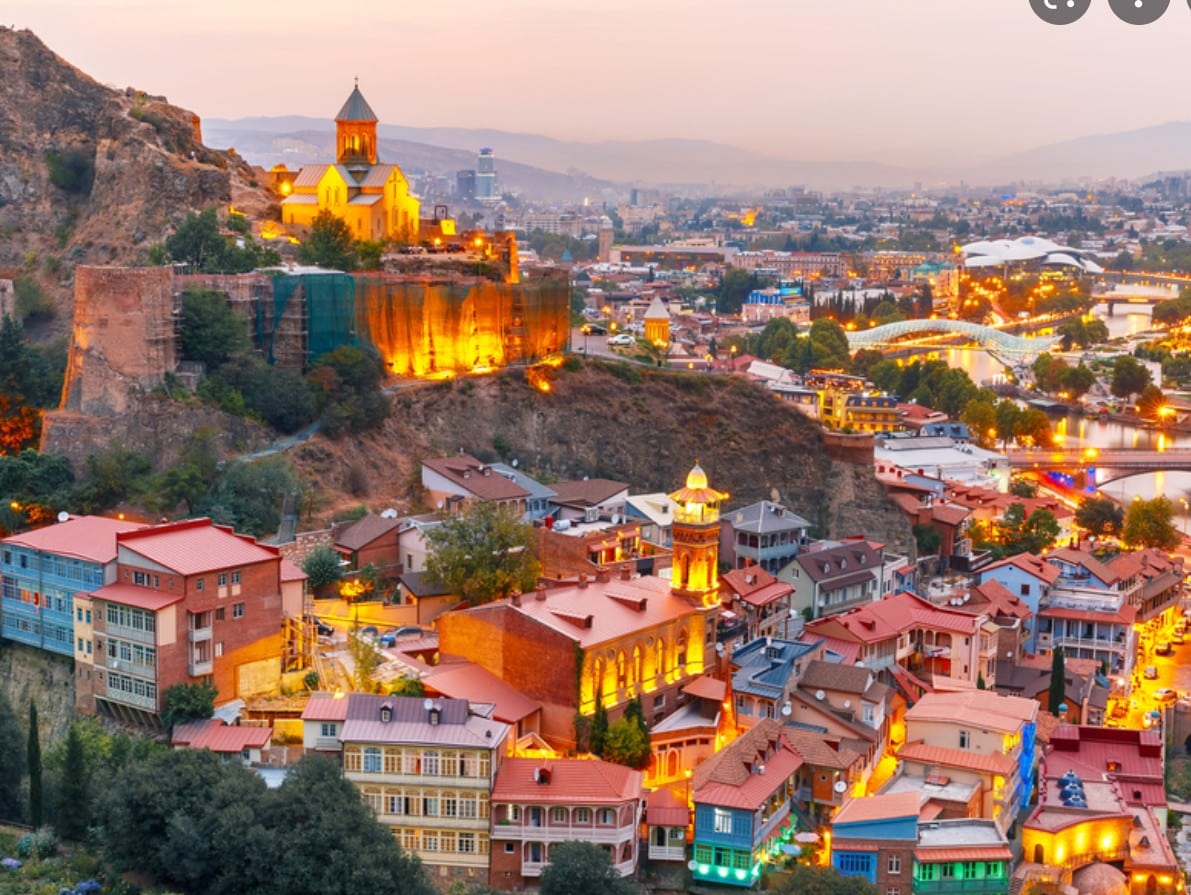 Jeffrey Silverman has been with VT now for more than 12 years as bureau chief for the Caucuses region. He broke the bio lab stories before anyone and faced arrests and beatings for this.  He broke the stories of Sarin gas smuggling by Ukraine to US contractors in Syria to blame Assad. (Google Jigsaw/Idea Groups).

He also helped VT block attacks on Iran by Israelis operating in Azerbaijan, preventing a  wider war there.

As I just wrote the editor of Veterans Today, Gordon Duff, March 23, 2022, I will keep you in the loop of what is going on, as there is a 5th column here of Ukrainian Nationalists and some Georgians are acting as mercenaries in Ukraine, funded by NED, CIA, USAID, et.al.

And the Maiden snipers were mostly from Georgia, going back to 2014, a point that we should not miss in passing, as we are already too preoccupied by watching with disbelief how the West has taken the media war over Ukraine to unprecedented levels.

The government is aware, warnings are everywhere, on social media, and other forums and even in some papers, however, no action is being taken. It is also clear that Turkey wants to get involved in Georgia, now that Ukraine is preoccupying NATO, the West, and the Russian Federation.

Turkey wants to be a serious player in the region and the iron is hot. But the more Turkey gets involved, the more Russia would get involved. Russia basically has to make very strong ties with Iran and Israel in my book and that would put US and Turkey on the other side.

Will it happen eventually?

Most likely, yes, but it will take time and time is running out for Georgia, and we are already seeing telltale signs of division in society and how these can be exploited for short term gains, especially for the former ruling party of Michael Saakashvili, and the United National Movement who see war in Ukraine as the green light to have a palace coup in Georgia.

The UNM is planning a coup and going to use Ukraine as a distraction and fighters from Ukraine are already in place. And other things happening too, between the border of Romania and Bulgaria H5N1 “occurred”, and this could not be at a worse time. The entire world will be distracted, and faced with war, rumors of war, and perhaps a new public health crisis.

Be careful, a big provocation is being prepared to drag us into the war! The murder of a Russian journalist is planned in Georgia! It is planned to desert Georgia and then return the butcher Nazis from Ukraine!!! They are Shirma! (Zelenski-Arestovich)

Aren’t those scum Nazis who have bunkers in Tbilisi ready for their families, supplied with products and medicines! (Actual information confirmed by insiders, and Veterans Today)

The quasi-rulers of Ukraine already have twice as many IDPs as the population of Georgia! And most importantly!!!! Who is behind the geopolitically super important and profitable new highway of refugees and fighters to and from Ukraine? It is as if they want Georgia without Georgian.

Hopefully, the Georgian government will give a proper answer to this, at home and abroad … – Lali Moroshkina, a local journalist, political insider posted much of the above mentioned.

If anything is being planned it is by the UNM, as that is the only way that they can come back, and with the help of Nazi gagsters from Ukraine. The ties go back a long way, with those who were in the former government, and US-paid soldiers, the Georgian Battalion.

Who is in charge of this group, Georgian Legion, Mamuka Mamulashvili – and we know this history, paid for in part by the French government and USAID, and also how Georgia snipers were involved in the murders at Maiden, and soon afterward in the Donbas.

I know, as I was first to break the connection with the coup in 2014. I highly doubt if the murder of a Russian journalist is planned in Georgia as that would be too ordinary and would not get the intended impact. Perhaps it will involve the elimination of some high-level Russian official or businessmen, or a Russian tour group, which may include children. I have no information about this.

Nonetheless, at this point, I can only speculate but a false flag is being planned. I have that from several sources in intelligence agencies, both Georgian and foreign.

Georgia should be careful to allow Ukrainians, especially men to arrive to Georgia, and they need to be detailed, vetted, and placed under supervision – as many may have been trained especially for this opportunity. It will be collaborators from Vichy France.

As for Georgian fugitives, they have nothing to lose and everything to gain by participating in a coup.

Why is Georgia at risk?

It can act as a strategic base to fall back on, and with the potential to revert back to a mafia state with a combination of Ukrainian and Georgian killers? There need not be a civil war, only to kill selective persons in the government, military, and security bodies, and let fear spread throughout the population.

We will return to the early 90s. I lived through this period with other Georgians. Ukrainians are their own worst enemies, and anyone who knows the history of those from the West of the country and what happened in 2014 and what has been happening in Donbas, and the burning of people alive in Odessa knows the reality – and one side has to win over the other, as followers of Stephen Bandera cannot exist as part of the official government in this day and age, as they are neo-Nazis and fascists – it is in their blood.

There are already weapons stocks in Georgian, dating back to the days of Saakashvili, these were set up by Megis Kadava, the Megrelian clan that was really controlling Saakashvili, and these are mostly buried in West Georgia. Let us not forget about the Alkalia clan, (gang) Bacho, Dato, and Rolandi). So much blood on their hands; so many lives destroyed.

Ukraine is at least two countries trying to pretend it is one people, and one nationality, and anyone who believes this is brainwashed by the Western media and political propaganda. And behind them is the US, as Georgia refuses to play to their music, and tries to distance itself from the problems in Ukraine and look after Georgia first.

Georgia will be like Casablanca as in the famous 1941 movie, a place for shady deals, dirty business, where companies will set up their businesses. A very wild place – and this will serve many purposes, where East and West will meet in dirty deals and “Kompomat” – blackmailing each another.

It is becoming all apparent that nobody needs a stable and independent Georgia, as the fish swims freely in muddy waters. I doubt if the Georgian government is in the position to give any REAL response to such questions, as they are also cut of the same material, only more civilized and not deadly in their methods.

I trust what Lila has to say, as she knows the reality of Georgia its former and current leadership, very cozy, and how most people have their heads in the sand and others have their heads up their asses.

Finally, always the learned commentaries, articles always qualify America’s response to Russia: Blinken visits Ukraine and warns Russia the US will respond [if] it acts ‘recklessly’. But who has and is MOST likely to act recklessly in this part of the world, based on past experience. I am sure most of our readers know the answer to that question.