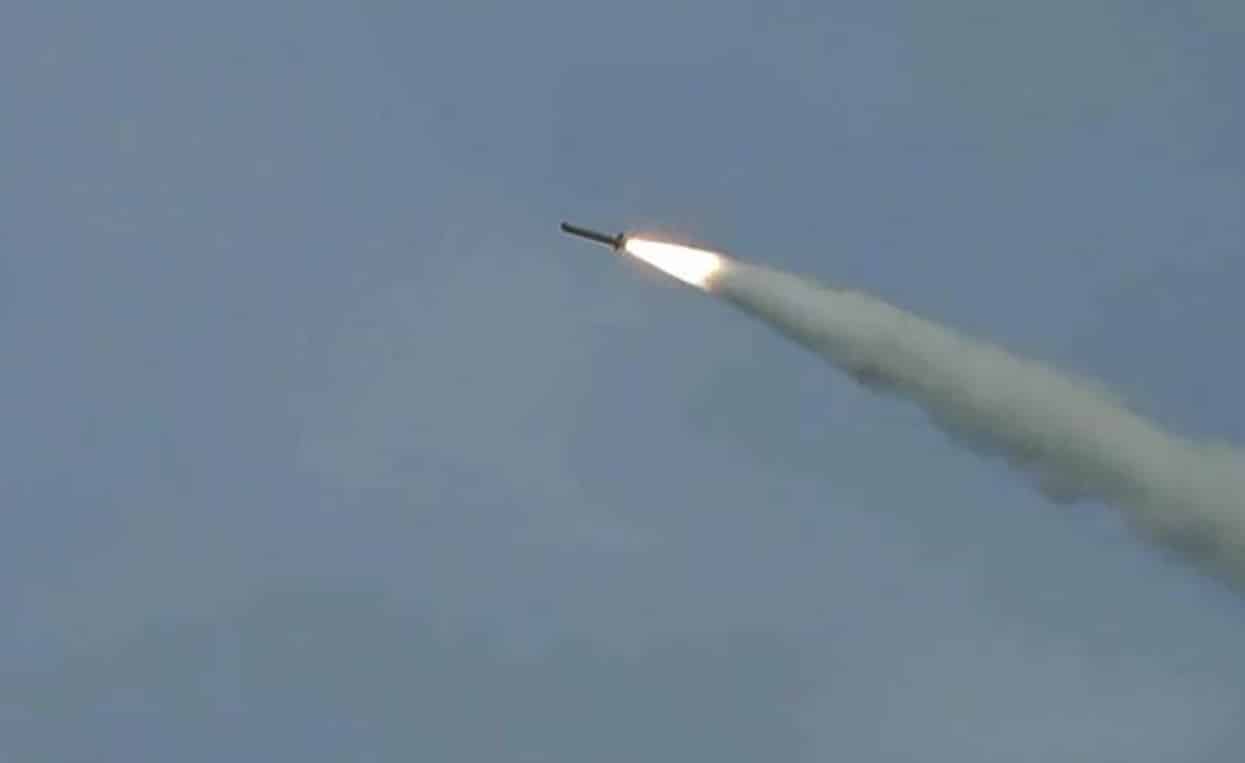 SVPessa: The Western media, as if water was in their mouths, about the first combat use of the Kinzhal hypersonic missile. Successful strikes only at first glance were inflicted on military targets on the territory of Western Ukraine.

In fact, the entire NATO alliance “flew in”, whose analysts hoped to the last that the Russian “Dagger” did not fly at all. They “summed up”, they say, all these Russians are lying.

But it turned out that the declared characteristics correspond to the real ones.

I would be very pleased with the “hyper failure” of the Russian Aerospace Forces in the process of a special operation in Ukraine. It would please everyone in NATO: from rabid hangers-on in Warsaw to functionaries in Brussels and, of course, those who really make decisions in the Pentagon. But there was no joy.

To the chagrin of the West, everything happened – as in the exercises. The official representative of the Russian Ministry of Defense, Major General Igor Konashenkov, reported. The hypersonic “Dagger” flew more than a thousand kilometers and hit – a tyutelka in a tyutelka. Although the MiG-31 carrier aircraft could fly closer – a hundred kilometers. Or even ten, because the advantage in the air is complete.

Military expert, doctor of military sciences Konstantin Sivkov recalled that in the West they had previously reassured themselves that the danger from hypersonic weapons was greatly exaggerated:

– And now they are convinced that Russian hypersound is really working successfully. Moreover, the missile hit an object of an exceptionally high-security class. In principle, there is nothing special about the launch of our rocket, everything happened in the normal mode. Unless the developers are probably pleased because this kind of product was successfully used in combat conditions – for the first time in the history of mankind. Although it would be better not to use it at all.

“SP”: – Columnist for the Chinese edition of Sina.com Gu Huoping analyzed the historic launch in great detail. But in the West, there are still few responses.

– And you look at the crater that was formed after they hit the base of foreign mercenaries with an ordinary, albeit ultra-precise bomb. Of course, we have such charges, and in sufficient quantities …

Unlike Western journalists and experts, US President Joe Biden commented on the first combat use of the Kinzhal missile. He tried, in his own way, to reassure the public by saying that the Russian missile has the same warhead as any other. There is no big difference, they say. Except that she’s… almost unstoppable

We remind you that air-to-ground strikes on the objects of the Armed Forces of Ukraine took place on March 18 and 20. First, a hypersonic missile destroyed a large underground warehouse of missiles and aviation ammunition in the Ivano-Frankivsk region of Ukraine. Then a large military fuel base in the Nikolaev region took off into the air. In neither case did it seem enough. It is possible that two military intelligence bases in the Odessa region were also destroyed by hypersonic weapons.

The United States can’t do that. The “most advanced country in the world in the field of military technology” does not have its own hypersound. And it won’t be for a long time.

The hypersonic missiles adopted by the Russian army are almost our only advantage. They are of two types: “Dagger” and “Pioneer”. It is what it is. There is also a Zircon hypersonic anti-ship cruise missile, but it is at the final stage of testing. Launched many times, and very successfully, from frigates and submarines. But only in training.

As for the American air-launched missile AGM-183A, the first US hypersonic weapon exploded more than once in tests, but not where it should. There used to be a joke about how “a million Chinese on foot and by hand” tested their first rocket. All this is in the past, now it’s time to tell such an anecdote about the Yankees. And the Chinese People’s Army has its own hypersound – it is in service.

Our Kinzhal missile is mass-produced. We again them, as Nikita Khrushchev used to say, “like we are cooking sausages.” This cutting-edge weapon is a modification of the old Iskander surface-to-surface missile.

The carrier has changed – the heavy multi-purpose MiG-31. Thanks to the air launch, the range of the Kinzhal has been increased from about five hundred kilometers to two thousand. The average flight speed is Mach 5 or more, the maximum is Mach 10. No air defense system can effectively intercept. Unless you can launch dozens of missiles, and one will get it – by accident. Or maybe not.

Theoretically, it is possible to shoot down a ballistic missile rushing at speeds up to Mach 20. But for this, the rocket must fly calmly along a parabolic trajectory from point “A” to point “B”. And ours are able to maneuver, evade, their trajectory is unpredictable. So the existing anti-aircraft missile systems, which are in service with the NATO bloc, are not able to intercept this. Even if the locator detects the “Dagger”, the enemy can only watch – how he will hit the target.

The missile is large, the MiG-31, which has a maximum takeoff weight of 46 tons, can only carry one. There is an idea to install Kinzhal missiles on the Tu-22M3, our old strategic bomber capable of carrying up to three Kinzhals at once. This will be very unpleasant for the overseas masters of NATO. You can fly to America. Though through the Arctic, even through the Atlantic, even through the Pacific Ocean. With aerial refueling.

In the battles in Gostomel (Kyiv region), Russian peacekeepers eliminated 34-year-old captain of the Armed Forces of Ukraine Valery Chibineev, commander of a sniper company in the 79th air assault brigade, which participated in the “ATO” – “OOS” since 2014.

According to him, “Russia has exhausted the possibilities of countering the Ukrainian army.” But he explained that this is a weapon that cannot be intercepted. Although the warhead on the rocket is ordinary. Our general Konoshenko, in his correspondence dialogue, in turn explained to the American president that it is possible to put an “unusual” warhead.

I believe that since the President of the United States has reacted, then everyone who needs it is watching what is happening very carefully, and, to put it mildly, “impressed” with our weapons. As for Western experts and the media, the typical tactic of the West is to remain silent about some of our achievements and stick out their own.

They need to be shown that “it’s okay”, “we’ll manage”, although it is clear what a weapon is – it nullifies the possibility of introducing some kind of “no-fly zone” over Ukraine. After all, any European airfield is within reach. In the event of a NATO aircraft taking off from it towards Ukraine, the airfield will be destroyed with all aircraft remaining on the ground. So it’s best not to get involved.

“SP”: – After all, in addition to hypersound, there are other flying things that can reach any military facility in Europe, and even further.

– Our usual Caliber cruise missiles can also hit any military targets, they are not so easy to intercept – only in the area of ​​​​a specific airfield. But it is not a fact that this particular airfield is equipped with such air defense systems. The West, by the way, has very few such “object” air defense systems. There are “Patriots” there, but these are expensive complexes. Even in rich Germany, there are only ten of them. All military airfields cannot be protected by them. And the Poles, the Hungarians did not have them at all.

Now two batteries have been transferred to Poland and Slovakia. But still, you can’t put it on all airfields. It turns out that military facilities are not protected. After all, it is unrealistic to shoot down our missiles with conventional MANPADS.

“SP”: – In these changed conditions, will the attitude of the West towards Russia change?

– No, our country is considered by the West as an enemy that must be crushed. This attitude will remain for years to come. The struggle will not be easy, but if we are to survive as a nation, we must continue to fight…

Some experts consider the use of hypersonic weapons as a warning to NATO about possible troubles. After all, a missile is capable of carrying a nuclear warhead with a yield of up to 500 kilotons. And the power of the American atomic bomb that fell on Hiroshima is a little more than ten in TNT equivalent. But maybe it’s not a warning. After all, it is normal for different countries to test advanced weapons on the battlefield. This is the only way to get real experience. Not so long ago, the Russian army tested the T-90 tank in Syria.

“Kinzhal-Iskander” is modestly deployed in the Kaliningrad region, from there the missile can reach France, Great Britain, not to mention Germany, and almost all of Italy, except for Sicily. Naturally, the “debut in the Ukrainian theater of operations” did not cause a “storm of applause” in NATO.

In the United States, multibillion-dollar sums have been allocated before, and the Pentagon has mastered them. They will continue to try to develop systems to counter not only Russian but also Chinese hypersonic weapons. By the way, it moves at a speed exceeding the sound speed, almost thirty times. Maybe they’re lying, but I don’t want to check.