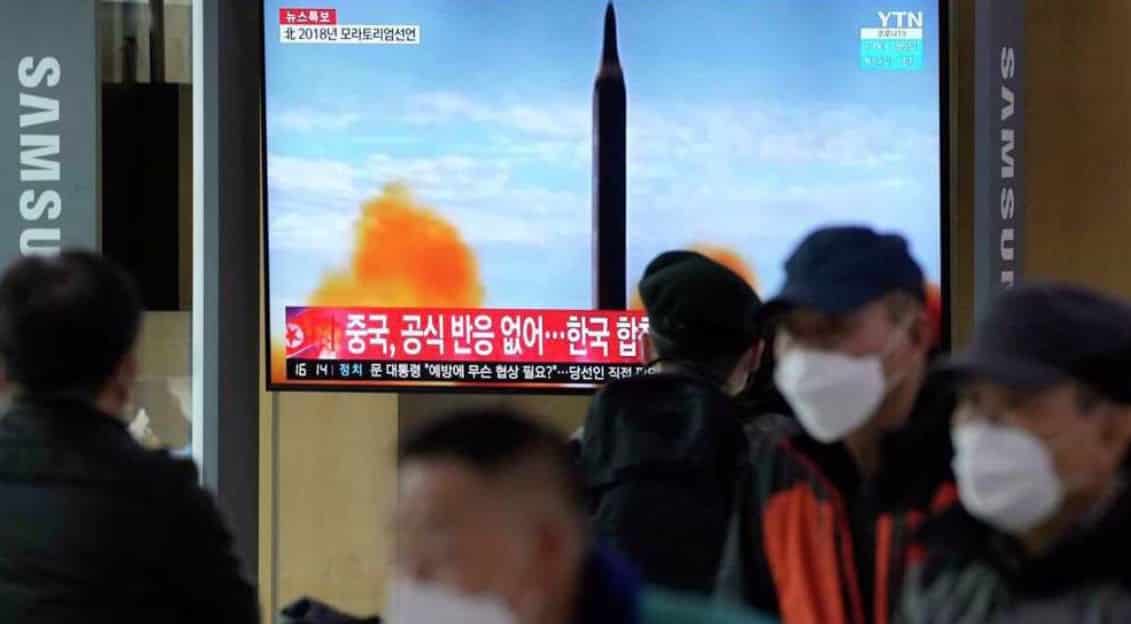 Press TV: North Korea has conducted what is suspected to be its largest intercontinental ballistic missile (ICBM) test, South Korea and Japan said.

South Korea’s Joint Chiefs of Staff said on Thursday it detected the launch of an “unidentified projectile” from North Korea. Japan’s government also reported the launch and said it could be a ballistic missile.

It would be the first full-capability launch of the North’s largest missiles since 2017, and represents a major step in the country’s development of weapons that could potentially deliver nuclear warheads anywhere in the United States.

The launch came after North Korea on March 16 fired a suspected missile that apparently exploded shortly after liftoff in the skies over Pyongyang, amid reports that the nuclear-armed state was preparing to test-fire its largest missile yet.

The United States and South Korea have warned in recent weeks that North Korea may be preparing to test-fire an intercontinental ballistic missile (ICBM) at full range for the first time since 2017.

US officials said that at least two recent tests, on Feb. 27 and March 5, featured North Korea’s largest ICBM system yet, the Hwasong-17.

“The purpose of these tests, which did not demonstrate ICBM range, was likely to evaluate this new system before conducting a test at full range in the future, potentially disguised as a space launch,” a US official said at the time.

Kim has focused on expanding his country’s nuclear and missile capabilities since diplomacy with former US President Donald Trump ended without an agreement in 2019.

Trump took unprecedented steps towards détente with the North by initiating several rounds of dialogue with North Korea’s leader.

However, Washington blew what Pyongyang called a “golden opportunity” at mending the ties by insisting too much on the North’s denuclearization and failing to accommodate its security concerns.