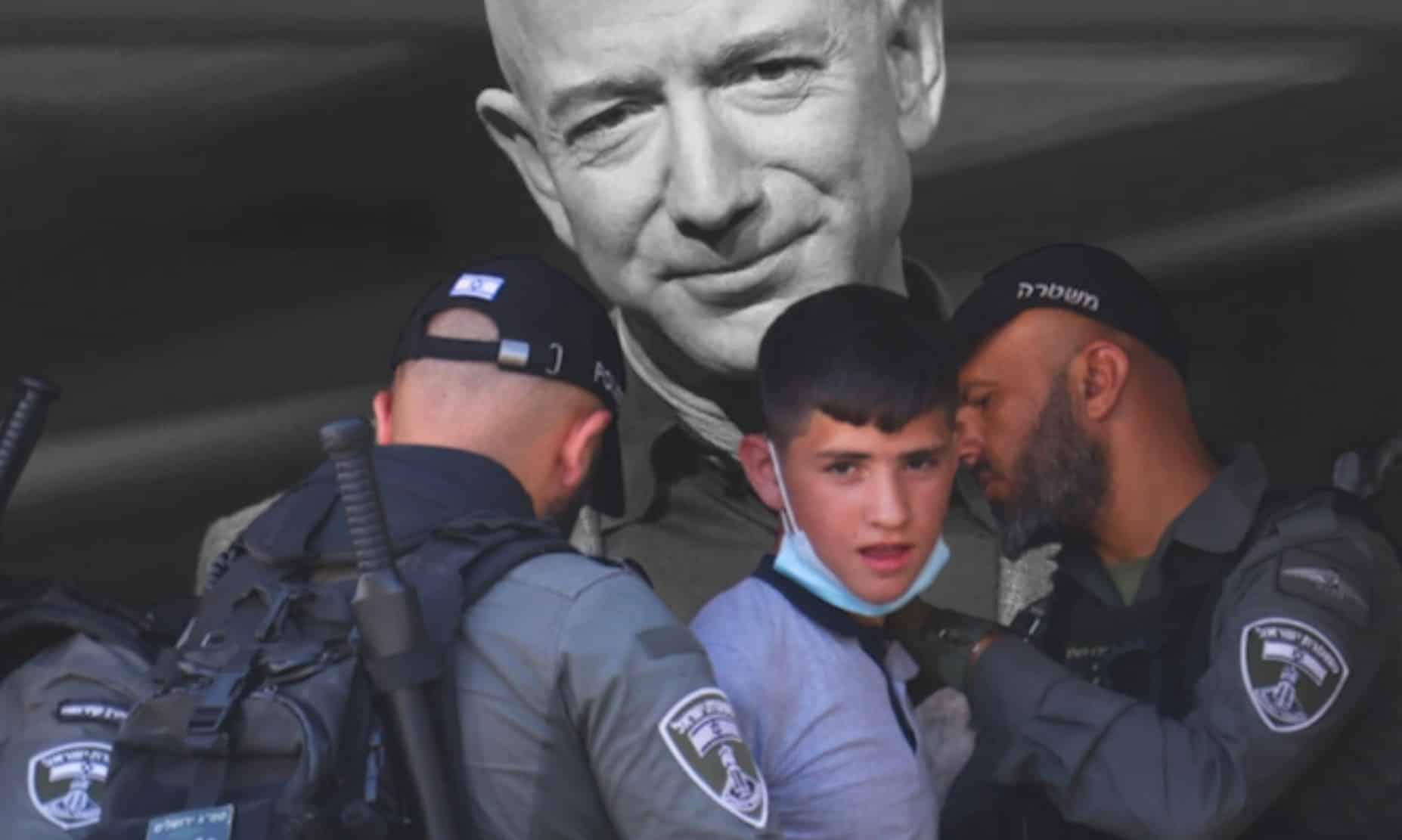 SEATTLE, WASHINGTON — “We are anonymous because we fear retaliation.” This sentence was part of a letter signed by 500 Google employees last October, in which they decried their company’s direct support for the Israeli government and military.

In their letter, the signatories protested a $1.2 billion contract between Google, Amazon Web Services (AWS), and the Israeli government which provides cloud services for the Israeli military and government that “allows for further surveillance of and unlawful data collection on Palestinians, and facilitates the expansion of Israel’s illegal settlements on Palestinian land”.

This is called Project Nimbus. The project was announced in 2018 and went into effect in May 2021, in the first week of the Israeli war on besieged Gaza, which killed over 250 Palestinians and wounded many more.

The Google employees were not only disturbed by the fact that, by entering into this agreement with Israel, their company became directly involved in the Israeli occupation of Palestine but were equally outraged by the “disturbing pattern of militarization” that saw similar contracts between Google – Amazon, Microsoft, and other tech giants – with the US military, Immigration and Customs Enforcement (ICE) and other policing agencies.

In an article published in The Nation magazine in June, three respected US academics have revealed the financial component of Amazon’s decision to get involved in such an immoral business, arguing that such military-linked contracts have “become a major source of profit for Amazon.” It is estimated, according to the article, that AWS alone was responsible for 63 percent of Amazon’s profits in 2020.

The slogan ‘people before profit’ cannot be any more appropriate than in the Palestinian context, and neither Google nor Amazon can claim ignorance. The Israeli occupation of Palestine has been in place for decades, and numerous United Nations resolutions have condemned Israel for its occupation, colonial expansion, and violence against Palestinians. If all of that was not enough to wane the enthusiasm of Google and Amazon to engage in projects that specifically aimed at protecting Israel’s ‘national security’ – read: the continued occupation of Palestine – a damning report by Israel’s largest human rights group, B’tselem should have served as that wake-up call.

B’tselem declared Israel an apartheid state in January 2021. The international rights group Human Rights Watch (HRW) followed suit in April, also denouncing the Israeli apartheid state. That was only a few weeks before Project Nimbus was declared. It was as if Google and Amazon were purposely declaring their support of apartheid. The fact that the project was signed during the Israeli war on Gaza speaks volumes about the two tech giants’ complete disregard of international law, human rights, and the very freedom of the Palestinian people.

It gets worse. On March 15, hundreds of Google workers signed a petition protesting the firing of one of their colleagues, Ariel Koren, who was active in generating the October letter in protest of Project Nimbus. Koren was the product marketing manager at Google for Education and has worked for the company for six years. However, she was the kind of employee who was not welcomed by the likes of Google, as the company is now directly involved with various military and security projects.

“For me, as a Jewish employee of Google, I feel a deep sense of intense moral responsibility,” she said in a statement last October. “When you work in a company, you have the right to be accountable and responsible for the way that your labor is actually being used,” she added.

Google quickly retaliated to that seemingly outrageous statement. The following month, Koren’s manager “presented her with an ultimatum: move to Brazil or lose her position.” Eventually, she was driven out of the company.

Koren was not the first Google – or Amazon – employee to be fired for standing up for a good cause, nor would, sadly, be the last. In this age of militarism, surveillance, unwarranted facial recognition, and censorship, speaking one’s mind and daring to fight for human rights and other basic freedoms is no longer an option.

Amazon’s warehouses can be as bad, or even worse than a typical sweatshop. Last March, and after a brief denial, Amazon apologized for forcing its workers to pee in water bottles – and worse – so that their managers may fulfill their required quotas. The apology followed direct evidence provided by the investigative journalism website, The Intercept. However, the company which stands accused of numerous violations of worker rights – including its engagement in ‘union busting’ – is not expected to reverse course any time soon, especially when so many profits are at stake.

But profits generated from market monopoly, mistreatment of workers or other misconducts are different from profits generated from contributing directly to war crimes and crimes against humanity. Though human rights violations should be shunned everywhere, regardless of their context, Israel’s war on the Palestinian people, now with the direct help of such companies, remains one of the gravest injustices that continue to scar the consciousness of humankind. No amount of Google justification or Amazon rationalization can change the fact that they are facilitating Israeli war crimes in Palestine.

To be more precise, according to the Nation, the Google-Amazon cloud service will help Israel expand its illegal Jewish settlements by “supporting data for the Israel Land Authority (ILA), the government agency that manages and allocates state land.” These settlements, which are repeatedly condemned by the international community, are built on Palestinian land and are directly linked to the ongoing ethnic cleansing of the Palestinian people.

According to the Israeli newspaper Haaretz, Project Nimbus is the “most lucrative tender issued by Israel in recent years.” The Project, which has ignited a “secretive war” involving top Israeli army generals – all vying for a share in the profit – has also whetted the appetite of many other international tech companies, all wanting to be part of Israel’s technology drive, with the ultimate aim of keeping Palestinians entrapped, occupied and oppressed.

This is precisely why the Palestinian boycott movement is absolutely critical as it targets these international companies, which are migrating to Israel in search of profits. Israel, on the contrary, should be boycotted, not enabled; sanctioned, and not rewarded. While profit generation is understandably the main goal of companies like Google and Amazon, this goal can be achieved without necessarily requiring the subjugation of a whole people, who are currently the victims of the world’s last remaining apartheid regime.

Dr. Ramzy Baroud is a journalist and the Editor of The Palestine Chronicle. He is the author of six books. His latest book, co-edited with Ilan Pappé, is “Our Vision for Liberation: Engaged Palestinian Leaders and Intellectuals Speak out”. Baroud is a Non-resident Senior Research Fellow at the Center for Islam and Global Affairs (CIGA). His website is www.ramzybaroud.net

Project Nimbus: How Amazon and Google and Amazon Made Billions From Israel’s Occupation