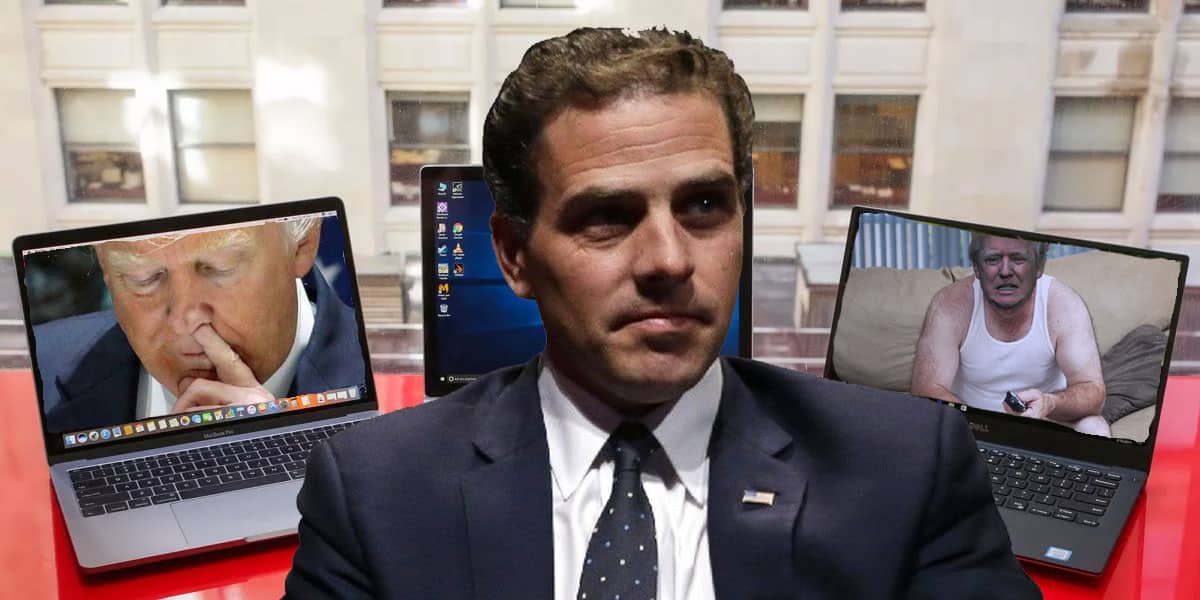 SputnikNews.com: In recent weeks, the Russian Defence Ministry has been peeling back layers of information about the 30 Pentagon-funded Ukrainian Biolabs engaged in dangerous and illegal research into deadly pathogens. US officials and media at first denied that such labs existed, but a senior administration official has subsequently confirmed their presence.

An investment firm connected to US President Joe Biden’s son Hunter Biden has been involved in the financing of the Pentagon’s military biological program in Ukraine, the chief of Russia’s Radiation, Chemical, and Biological Defence Troops have announced, citing documents.

“Incoming materials have allowed us to trace the scheme of interaction between US government bodies and Ukraine’s Biolabs. The involvement in the financing of these activities by structures close to the current US leadership, in particular the Rosemont Seneca investment fund managed by Hunter Biden, draws attention to itself,” RCBD Troops chief Igor Kirillov said in a briefing Thursday.

Incoming materials have allowed us to trace the scheme of interaction between US government bodies and Ukraine’s Biolabs. The involvement in the financing of these activities by structures close to the current US leadership, in particular the Rosemont Seneca investment fund managed by Hunter Biden, draws attention to itself,” RCBD Troops chief Igor Kirillov said in a briefing Thursday.

According to the MoD’s information, the fund has at least $2.4 billion in investment capital. “At the same time, a close relationship has been established between the fund and key contractors of the US military, including Metabiota, which alongside Black and Veatch, is one of the main suppliers of equipment for Pentagon bio laboratories around the world,” Kirillov added.

The Los Alamos National Laboratory – the birthplace of the US atomic bomb, has served as one of the chief curators of the US military biological programs in Ukraine, Kirillov said.

“The scale of the program is impressive. Along with the Pentagon, the US Agency for International Development (USAID), the Soros’ Open Society Foundations, and the Center for Disease Control and Prevention are directly involved in its implementation,” the officer said. “Scientific supervision is carried out by leading research organizations, including the Los Alamos National Laboratory, which developed nuclear weapons for the Manhattan Project. All of this activity has been carried out under the direct control of the Pentagon,” he added.

Kirillov accompanied his presentation with a registration card detailing the work of 30 Ukraine-based laboratories in 14 settlements involved in military biological activities.

“This document was signed by the deputy state secretary of the cabinet of ministers of Ukraine Viktor Polishchuk. The legal basis for its signature was an agreement on cooperation to prevent the spread of technologies, pathogens, and information that can be used to develop biological weapons. The registration card identifies the customer: the Defense Threat Reduction Agency, and also includes a list of bio facility sites,” the officer said.

This document was signed by the deputy state secretary of the cabinet of ministers of Ukraine Viktor Polishchuk. The legal basis for its signature was an agreement on cooperation to prevent the spread of technologies, pathogens, and information that can be used to develop biological weapons. The registration card identifies the customer: the Defense Threat Reduction Agency, and also includes a list of bio facility sites,&quot; the officer said.”

Kirillov recalled that previously revealed information indicated that about $32 million had been spent on US-supported biological programs in Ukraine between 2018 and 2020.

The officer also provided other new details on US military biological activities in Ukraine, citing documents detailing the testing of unlicensed pharmaceutical products which did not pass licensing procedures in the US and Canada on Ukrainian military personnel under a program known as ‘Deep Drug’.

“Documents confirm an attempt to test previously untested drugs on Ukrainian military personnel [under the] Deep Drug screening system for pharmaceuticals which have not passed the licensing procedure in the United States and Canada. The particular cynicism of the US sponsors of the program lies in the fact that the developer -Skymount Medical Group, offered to purchase the system on a commercial basis, even though employees of the Ukrainian defense ministry were used as volunteers” for its testing, he said.

The officer suggested that such practices were nothing new, recalling that in 2010, authorities in Indonesia terminated biological research activity conducted by the US Naval Medical Center in Jakarta over numerous violations and a refusal by US authorities to inform the Indonesian government about the results of their research, which involved Kirillov also revealed that Pentagon-affiliated pharmaceutical firm Gilead has been involved in the testing of its products in Ukraine and Georgia.

Kirillov said that Russia’s Radiation, Chemical, and Biological Defence Troops have established that the US and its allies have exported about 16,000 biosamples from Ukraine as part of their military biological activities in the country. “Such large-scale screening of the natural immunity of the population was likely carried out in order to select biological agents that are most dangerous for the population of a particular region,” he suggested.

The officer pointed to the taking of blood samples from 4,000 servicemen in Lvov, Kharkov, Odessa, and Kiev for antibodies to hantaviruses under Project UP-8, and an additional 400 samples probing for antibodies to the Crimean-Congo fever virus. He added that in addition to tissue and blood serum samples, dangerous pathogens and their carriers were exported abroad from Ukraine.

Over 10,000 samples were sent to the Lugar Center in Georgia alone, according to Kirillov, with labs in the UK and the Leffler Institute in Germany also serving as recipients, subjecting not only Ukraine but the entire region to danger.

Kirillov also warned that the spread of pathogenic biomaterials in Ukraine could lead to a new pandemic, saying that in the Russian military’s view, “the current situation involving the spread of pathogenic biomaterials from Ukraine to European countries can cause death and create a hotbed of epidemiological instability the scale of which would be comparable to the COVID-19 pandemic.”

The officer pointed to the Pentagon’s penchant for causing health scares involving deadly pathogens, recalling that between 2005 and 2015, viable anthrax spores were accidentally sent from the US Army Dugway Proving Ground to 194 addressees in ten different countries.

Kirillov also pointed to suspected US interest in the means of transmitting anthrax through insects. “The interest of US military biologists in the study of insect vectors in the locations of cattle burial grounds appears not have been accidental, with researchers analyzing the results of an outbreak of anthrax in Yamal in 2016, during which cases of transmission of the disease through flies and horseflies were recorded,” he said.

The officer echoed concerns voiced by China’s foreign ministry earlier this month about the purpose of the operations of 336 labs scattered across 30 countries being operated with US funding and other support and suggested that in light of the context of the new information which has been disclosed, an international investigation is in order.

Other News: China Demands Answers From the US Over Russian Revelations About Military Biolabs in Ukraine